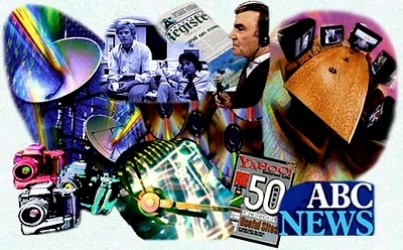 " ... out and out black propaganda is passed off as independent journalism. Davies shows how a lot of media outlets are themselves subsidiaries of intelligence services, which pump out direct propaganda to other countries, especially those they are seeking to invade. ... "

The mainstream media have never made news of themselves because they have every reason to perpetuate the myth that they are the conduits of pure factual information about the world; that they are the founts of unadulterated truth and wisdom. This myth remains subconsciously in society until someone in the media themselves decisively stands up and points out that the emperor has no clothes. Nick Davies has not only revealed the machinations of media emperors in his new book, but has revealed their disastrous consequences for the state of the world. The book analyses every part of the news factory: from sourcing and supplying, to news desk assembling, to reveal that rather than being the result of some grand conspiracy, the sorry state of the world’s media is merely the sum of the twin human evils of greed and incompetence.

If anyone ever wondered how news outlets seem to know what the news agenda will be, in all its newsworthiness, before it comes to the humbly receptive readers, they need look no further. Britain’s news comes ultimately from one source, Press Association, Britain’s most trusted news agency, which feeds the news outlets. An agency so trusted that the BBC won’t corroborate any news it uses from it, whilst PA, in turn, gets most of its stories from press releases. The same PR agencies send their material straight to the newspapers to push and cement their stories further. Davies demonstrates how, in one big cannibalistic orgy of newspapers feeding off each other (in case one of them missed something) a consensual agenda of manufactured and arbitrary news is achieved. This is what Davies calls ‘churnalism’ and it is churnalism that perpetuates myths like the millennium bug and other ‘flat earth news’. According to Davies’ study of the top national broadsheets, only 12 percent of their stories are independently sourced.

Davies gives damning evidence of how this way of news gathering misses vitally important news that is right under people’s noses, simply because someone didn’t issue a press release about it. He gives the example of the foiling of a BNP related bomb plot in October 2006 that involved the largest collection of chemical explosives ever found in the UK. Because the police didn’t inform the press about it, the press was exempt from its job of reporting and finding out these big stories for itself.

This brings Davies onto the invisible hand of PR which controls so much of news content to serve the interests of the companies and people it represents rather than serving to neutrally inform the public in the latter’s interest. He posits that the demise of journalism in the 80s coincided with the rise of PR, and shows how upper market PR firms can make or break people, turn heroes into villains and villains into heroes. Because only the rich can afford the services of a seasoned PR company, the news, as a result, works to the advantage of the most powerful groups in society.

Davies demonstrates how a lot of PR is outright lies and pure manufactured publicity stunts. An overstretched media outlet that is looking to cut more costs will welcome pre-set and pre-written streamlined news from PR companies, when all it has to do is run it and pass it off as its own. There are no safeguards in the media to prevent them from becoming hosts to all kinds of subtle advertising that works so brilliantly because we not only don’t know we’re being advertised to, but think we’re being simply and edifyingly informed.

Yet more unscrupulously, out and out black propaganda is passed off as independent journalism. Davies shows how a lot of media outlets are themselves subsidiaries of intelligence services, which pump out direct propaganda to other countries, especially those they are seeking to invade. The battle for Iraq wasn’t just one of arterial bombing and ground troops, but one which took place in the arena of information and public opinion, the most important battleground there is. Davies shows how American propaganda even succeeded in creating its own reality in the case of Abu Mus’ab al-Zarqawi, who had no links to Al Qa’ida before the relentless media assertions that he did turned the initial fantasy into a reality.

Surreptitious dealings don’t stop there, however. Davies details the workings of what he calls the ‘dark arts’, the work of Private Investigators (PIs) in the UK who obtain information illegally by contravening the Data Protection Act and whom the Information Commission is powerless to stop due to lack of funds. The next time a paper like The Times says ‘our sources have revealed’ or ‘The Times has learnt…’ you know what they’re talking about. Big newspapers not only have enough money to fight off all libel suits and competition, but the readership to influence public opinion about anything in a kind of modern day democratic totalitarianism. Davies even quotes senior Labour politicians to confirm the absolute power of the media.

A book that tells you everything that is wrong with the media, from commercialism and corruption to government spin and pure human incompetence, can be quite confounding; and for one that just about destroys your faith in humanity, it doesn’t provide a single citation to corroborate its research. It is a polemic, in short; one whose overall conclusion is that the media serve the status quo simply because it is easier to do so. This way, the book doesn’t serve as a hopeful diagnosis but a regrettable autopsy. It leaves you with the feeling that nothing can be done about the disastrous effects of bad popular journalism on policy making.