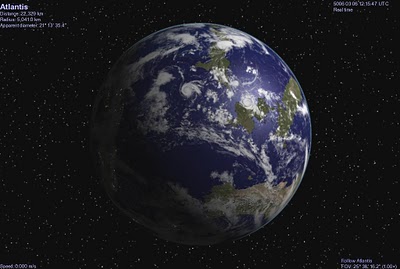 Spanish archaeologists collaborated with the Nazis in their attempts to prove the theory of Aryan supremacy and justify their claims of racial superiority over the Jews, according to a new book.

In pictures: The Nazi search for the lost continent of Atlantis

Spain wanted to promote the idea that the Aryan race could be traced to the Canary Islands, amid claims they were all that remained of the lost continent of Atlantis.

Scientists from the Ahnenerbe, an institute set up by Heinrich Himmler and funded by the SS, planned to travel to the Atlantic islands to carry out research but were forced to postpone the project when war broke out in September 1939. They appointed archaeologist Julio Martinez Santa Olalla, a friend of the dictator General Franciso Franco, to conduct investigations on their behalf.

The extent of the collaboration between Franco’s archaeologists and those in Nazi Germany has been revealed in a new book by Francisco Gracia Alonso, professor of history at the University of Barcelona. Prof Gracia reveals the close relationship between Santa Olalla and the Ahnenerbe, which was founded to investigate "the science of ancient intellectual history".

Himmler’s organisation sent German scholars around the world to discover the roots of the Aryan race, leading them to examine Bronze Age carvings in Sweden, forgotten folk customs in Finland and even to Tibet to explore claims that Buddha himself was of Aryan descent.

Its scientists were occupied in searching for such legendary objects as Thor’s Hammer and the Holy Grail but were also responsible for carrying out medical experiments on Jews in concentration camps. The Ahnenerbe’s findings were used to justify Hitler’s belief that true Germans were descended from an Aryan ideal. Prof Gracia believes that the Spanish fascists had expressed interest in setting up a similar unit under Franco, following his victory in the Spanish Civil War.

"They wanted to create something similar in Spain in order to maintain control over the ideological basis of the country’s archaeology and prehistory," he said. Jose Luis Arrese, one of Franco’s ministers, had held discussions with Himmler over the matter.

The book has uncovered evidence that Himmler’s unit funded Spanish excavations, providing expensive photographic equipment and lending aircraft to carry out aerial surveys of sites. Plans were laid for joint excavations of Visigoth sites on mainland Spain and on the Canary Islands where the Nazis hoped to find evidence of an ancestral race of Aryans.

The theory had been a favourite of the first head of the Ahnenerbe, Herman Wirth, who propounded that the islands were remnants of Atlantis.

"An expedition that was supposed to take place in 1939, under the direction of Otto Huth, an Ahnenerbe researcher specializing in ancient spiritual Aryan beliefs, was postponed indefinitely because of World War II," said Prof Gracia. After that, it was left to Santa Olalla to inform the Germans of research carried out by Spanish teams.

"He made several visits to Germany, had his papers published by the Ahnenerbe and toured Nazi Germany giving lecture tours," said Prof Gracia, who added that there was no evidence that he had participated in anything more sinister. The collaboration came to an abrupt end with the fall of Nazi Germany. Several leading scholars from the Ahnenerbe were sentenced to death in the Nuremberg trials for their part in the Holocaust.