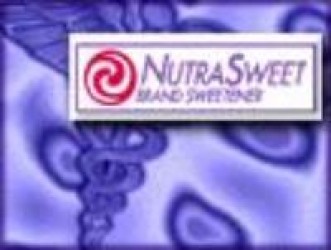 May 5,2008-Ajinomoto has tried to negotiate an agreement with ASDA by which the retailer would stop its denigration of aspartame, but has not succeeded. Ajinomoto has taken this legal step to defend the reputation of the ingredient and products using it.

05/05/08 Ajinomoto Sweeteners Europe has issued legal proceedings for defamation (malicious falsehood) against ASDA Stores Limited, who have chosen to describe aspartame as a "nasty" on a wide range of own-label products sold in the company's stores.

Ajinomoto is the leading supplier of aspartame, a low calorie sweetener that tastes like sugar and which enables people to reduce their calorie intake [false statement - AC]. Brand leaders in a range of product categories, including carbonated soft drinks, squashes, yogurts, hot chocolate and chewing gum are sweetened with aspartame.

Ajinomoto has tried to negotiate an agreement with ASDA by which the retailer would stop its denigration of aspartame, but has not succeeded. Ajinomoto has taken this legal step to defend the reputation not only of the ingredient, but also of the many products that are sweetened with aspartame.

Aspartame is a simple food ingredient made from [rDNA of bacterial] amino acids, the building blocks of protein that occur widely in our diet, including in eggs, meat, fish, cheese and milk [sic]. When we consume aspartame, it is broken down in the digestive system to tiny amounts of common dietary components [methanol and formaldehyde - AC]. It is therefore absurd that ASDA should refer to aspartame as a "nasty" [sic].

Products sweetened with aspartame help people to control their weight [false statement - studies consistently show that aspartame users gain more weight than non-users - AC]. At a time when the health profession and the government are seeking ways to combat overweight and obesity, it is unconscionable that ASDA should try to vilify a safe and beneficial food ingredient, Ajinomoto said in a statement.