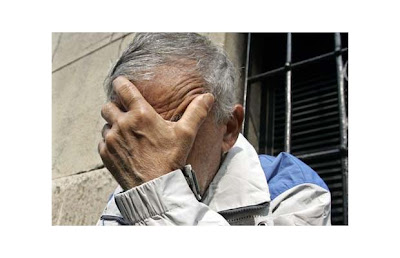 (NaturalNews) The state of Georgia has agreed to a settlement in a federal lawsuit aimed at curbing widespread abuse of mental patients in state facilities.

The scandal over the treatment of mental patients in Georgia first broke with an investigative report, published in the Atlanta Journal-Constitution in early 2007. The article catalogued widespread problems including 136 suspicious deaths, overuse of medication as a sedative rather than a treatment, abuse of patients by hospital staff, and regular dumping of discharged patients at homeless shelters or even on street corners. In addition, the article concluded that the state agency in charge of overseeing mental facilities failed to properly investigate complaints or allegations of misconduct.

In response to the article, the U.S. Department of Justice launched a thorough investigation, which ultimately concluded that critical systemic problems did indeed lead to unnecessary illness, injury and death among Georgia mental patients.

To take just one example, the Justice Department found widespread misconduct at Northwest Georgia Regional Hospital in Rome. Abuses involved the widespread use of antipsychotic medication as a sedative and the failure to report or adequately address patient-on-patient assaults, many of which led to serious injury.

"We found a troubling number of incidents in which [the hospital] failed to recognize signs of suicide risk and failed to take appropriate action," the department also said, in a letter to Governor Sonny Perdue.

Without admitting any wrongdoing, the state of Georgia has agreed to "undertake its best efforts" to address the most serious problems in its mental health system over the next year - namely, increasing efforts to prevent suicides, patient-on-patient assaults, and choking deaths. The state has also agreed to show significant improvements in its care and discharge policies within the next four years, including bringing restraint or seclusion of patients down to a minimum. The federal government will regularly inspect the hospitals in question to monitor their progress.

Sources for this story include: www.ajc.com.