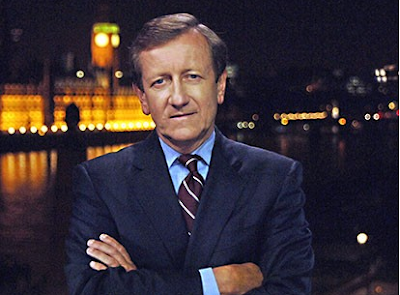 ABC News' Brian Ross styles himself a gumshoe of the old-school, and his network calls him "one of the most honored and respected journalists in the country." So why is he wrong so often?

Ross is the guy who breathlessly announced that he had the phone records of Deborah Jeane Palfrey—a.k.a. the Washington Madam—only to come up with the names of two lousy low-level clients in a much-hyped sweeps-month 20/20 investigation that went nowhere. For years he relied on Alexis Debat—an ABC News consultant who was revealed in 2007 to have concocted fake interviews with American politicians for publication in a French journal—for stories ranging from secret U.S. operations in Iran to Americans joining the Taliban. (ABC News says those stories were still true.) He's the guy who reported inaccurately in 2001, in the aftermath of the anthrax attacks, that the anthrax letters contained a "potent additive...known to have been used by only one country in producing biochemical weapons - Iraq." And he's the guy who, just last week, falsely accused Robert F. Kennedy Jr. of calling Barack Obama an "indentured servant" to the coal industry by taking a quote from his interview with Kennedy dramatically out of context.

Now Ross has drawn the ire of the New York Times for his 2007 exclusive report featuring former CIA agent John Kiriakou, who came forward on the record to confirm that the CIA had waterboarded suspected terrorist Abu Zubaydah. Kiriakou pointedly used the word "torture" to describe the process but insisted that it was exceedingly limited, and that it worked—Zubaydah started cooperating after one 30-second session, Kiriakou told Ross.

As the New York Times' Brian Stelter and Scott Shane point out, Kiriakou was either lying or didn't know what he was talking about. According to the Department of Justice Office of Legal Counsel memos released this month, Zubaydah was waterboarded 83 times.

Ross' story, the Times reports, "heightened the public perception of waterboarding as an effective interrogation technique" and "ricocheted around the media," leading Rush Limbaugh to proclaim: "It works, is the bottom line. Thirty to 35 seconds, and it works." What didn't ricochet around the media was the fact that the torture occurred in Thailand, and Kiriakou was sitting at CIA headquarters in Langley, Va. ...