A (Bush-Connected) Prosecutor's Cover-Up of the Obama Assassination Plot

The Obama Assassination Plot That Wasn’t 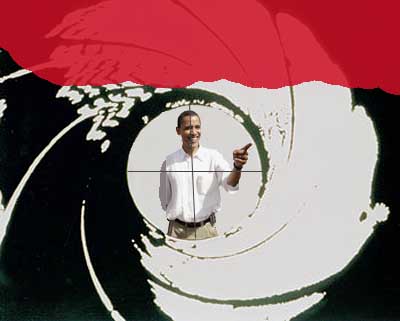 Read the story, note that it belies the headline. A single prosecutor with ties to the Bush administration has concluded that there is a "lack of evidence." A detailed confession of the assassination plans - not to mention the seizing of guns, scopes, walkie talkies, sniper nest, bone-breaking escape attempt, etc. - is "insufficient evidence" to hang a conviction on. How many Muslims are staring at the walls of Gitmo at this moment (as their wounds fester), "convicted" on evidence that is inflated, concocted or non-existent? What would their prosecutors give for a full confession, accomplices, motive, firearms? Would there be no will to investigate further if the suspects were of Saudi origin?

And the CIA-controlled press is so accustomed to its role as a fascist echo chamber that even when the truth is obvious, reporters will deny observable reality and cling to the official explanation. There was a plan to kill Barack Obama. "Insufficient" evidence is not a rational explanation in this case. Neither is "the jury won't buy it." Based on Nathan Johnson's confession alone, one homicidal neo-Nazi, at the very least, could be put away for life.

A US attorney in Denver is covering up a Nazi attempt on Obama's life - ultimately, to protect criminals who manage to hold onto power over our lives with the blessings of a compliant media. 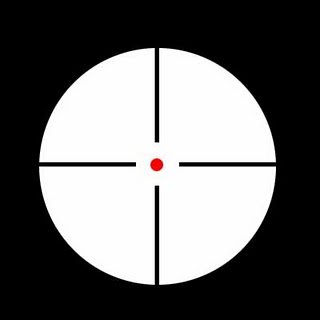 The Obama Assassination Plot That Wasn’t

The “assassination plot” against Barack Obama surfaced and sunk so quickly it seems like a figment of my imagination. Did it really exist? One of the meth-head defendants, Nathan Johnson, said it did.

But the feds have declined to prosecute, citing “insufficient evidence.” That, in turn, has fueled all sorts of Oliver Stone-like insinuations, most implying that the U.S. attorney in Denver, Troy Eid, must be covering up something or other because, after all, he is part of the politically corrupted Justice Department.

Eid, they note, was quick to charge a Denver inmate with making death threats after he sent a powder-laced envelope to John McCain.

It’s true that Johnson, 32, gave an extraordinary jailhouse interview that drew little notice during the conventions hoopla, telling Denver television station CBS4 that his two racist pals, Shawn Adolph and Tharin Gartrell, had talked about killing Obama with a high-power rifle as he gave his acceptance speech outdoors at Invesco Field.

The suspects were seized in the early morning of Aug. 24, after police stopped a Dodge pickup they had noticed weaving on the highway.

Gartrell was at the wheel, police said.

Inside they found two high-powered rifles, including one with telescopic sights, along with radios, wigs, a bullet-proof vest, a high-magnification spotting scope, three identifications not belonging to Gartrell, and 44 grams of methamphetamine, according to news reports. One rifle had a threaded barrel so it could be fitted with a silencer.

Pretty persuasive, if circumstantial, evidence of an assassination plot, it seemed.

Then Brian Maass, a reporter for Denver TV station CBS4, scored a jailhouse interview with Johnson that, at first telling, sounded like rock-hard evidence of a plot.

Johnson told Maass there was a plot to kill Obama, “probably on the day of the acceptance speech.”

“So your friends were saying threatening things about Obama?” Maass asked.

“It sounded like they didn’t want him to be president?”

But when you watch the video more closely, the foundations of the plot stories start to sag. Johnson, sounding like his mind has been terminally addled by drugs, tells Maass that he came to the conclusion that there was a real assassination plot only after he’d been interrogated by the FBI “two or three times. “

“I did say that it would be from a high vantage point and that it would be with the named rifle,” he said. But he also says, “I told them I had no idea there was a plot, a plan, a conspiracy or anything like that . . . ”

“When the feds came and laid out everything on the table and how it looked,” he adds, “I was in agreement that they could have been up here to do something like that . . . how it was possible they could go through with it.”

As for statements attributed to him that a real plot had been set in motion, Johnson tells Maass, “I’m basing it off of their information . . . [what] the feds gave me, not the information I know.”

It hardly needs saying that U.S. Attorney Eid is livid at suggestions he failed to file assassination-related charges for political reasons.

“Had the evidence reached the threshold for probable cause required by the law (as well as ethical standards), I would have not hesitated to charge any or all of them for the alleged threat — as I would definitely do if new evidence emerges,” Eid said in a letter to an unnamed critic that his office provided to me. “It would have been disgraceful for me or any other prosecutor to charge someone for a crime he didn’t commit.”

Eid added, “There was no probable cause to support such a charge. To the extent you challenge my motives or those of the many investigating agents and career prosecutors who all reached this conclusion in this matter, you’re mistaken.”

My takeaway is that suspicions about Eid’s handling stem from confusion about what Eid means by “no probable cause.” The sniper rifles, radios, wigs, bullet-proof vest and phony IDs police found in Gartrell’s rented truck, coupled with Johnson’s statement that they talked about killing Obama, would seem to provide plenty of “probable cause” to file charges.

But what it really means, Eid’s spokesman Jeffrey Dorschner told me, is that a jury is unlikely to convict Adolph and Gartrell on the word of Johnson.

“You are relying on that guy’s reliability and testimony,” Dorschner said. A defense attorney, he added, “would tear him apart.” In any event, he added, the felony gun and drug charges the suspects are facing would send them away for longer terms than death threat charges.

But what about the weapons found in the truck? I asked.

A competent defense attorney would dismiss them as “tools of the drug trade,” Dorschner said.

Evidently. Just a footnote in a presidential season that grows more bizarre by the day.

Jeff Stein can be reached at jstein@cq.com.