” … Much of Western opinion, Lipstadt reminds us, was not pleased. Argentina demanded Eichmann’s repatriation, and the American establishment agreed. The Washington Post editorial page condemned Israel’s ‘jungle law’ … William F. Buckley Jr. said the kidnapping was symptomatic of the Jewish ‘refusal to forgive.’  … “

Why the Eichmann Trial Really Mattered 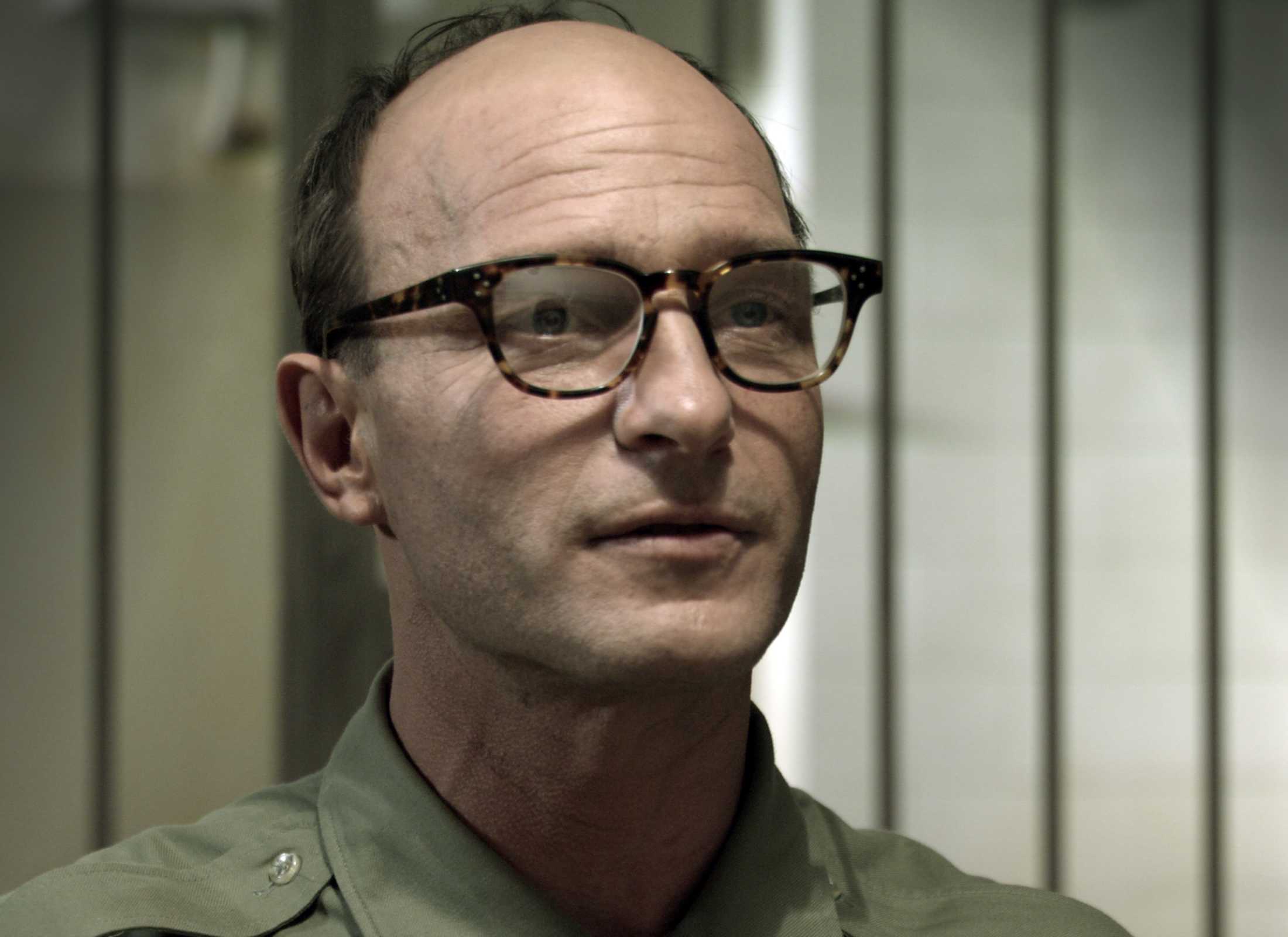 To write about the trial of Adolf Eichmann is to put its most notorious court reporter, Hannah Arendt, in the dock. In the nearly 50 years since its publication, her account of those proceedings, “Eichmann in Jerusalem,” has come to overshadow its subject. The book, it is true, commands attention. It is a breathtaking admixture of genres (history, philosophy, journalism) and contains strong, often unconventional, moral judgments (especially her contempt for the Jewish leaders who cooperated with their murderers). It aims to render grand historical conclusions but remains unintentionally and inescapably personal.

“The Eichmann Trial,” by Deborah E. Lipstadt, can’t entirely avoid Arendt, but it does manage to keep her largely offstage until the very end. Lipstadt has done a great service by untethering the trial from Arendt’s polarizing presence, recovering the event as a gripping legal drama, as well as a hinge moment in Israel’s history and in the world’s delayed awakening to the magnitude of the Holocaust.

Aside from Eichmann’s trial, in 1961, the Holocaust has been the subject of at least two other memorable legal battles. The first, of course, was the Nuremberg tribunals — proceedings that occurred amid the ruins of war and concentrated on the crimes of the Nazis, giving little voice to the still dazed survivors of the genocide. The second featured none other than Lipstadt herself. In 2000, she found herself the defendant in a British libel suit unsuccessfully brought by the writer David Irving, who protested her characterization of him as a Holocaust denier. This experience has made her a sensitive guide to the awkward complexities of squeezing the crimes of the Holocaust into the constricting confines of the courthouse.

The book begins with the daughter of an Argentine man dating the son of a German refugee. The Argentine man was himself German-born and half Jewish. Many fathers expect the worst from the boys their daughters bring home — but the man’s suspicions about this one’s family grew thanks to the boy’s obvious anti-Semitism and his evasive answers to basic biographical questions. The man began to assume the worst and outlined his fears in a letter to a German prosecutor who happened to be Jewish. The prosecutor enlisted the man and his daughter in a stealth operation, and in the course of her snooping, the possibility arose that she was stalking Adolf Eichmann. When her father reported this astonishing finding to the prosecutor, he forwarded the tip to the Mossad, Israel’s intelligence agency.

The Mossad wasn’t initially enthusiastic. But once it grasped the importance of its target, it unleashed a risky kidnapping scheme, what Lipstadt describes as the prototype of the brash, clever operations that are the foundation of the Mossad’s mythic reputation. The Israelis drugged Eichmann and dressed him as an El Al crewman to get him past the Argentine authorities.

Much of Western opinion, Lipstadt reminds us, was not pleased. Argentina demanded Eichmann’s repatriation, and the American establishment agreed. The Washington Post editorial page condemned Israel’s “jungle law”; The Christian Science Monitor equated Israel’s claims to those of the Nazis. William F. Buckley Jr. said the kidnapping was symptomatic of the Jewish “refusal to forgive.” Even the American Jewish Committee asked the Israeli prime minister, David Ben-Gurion, to cede the prosecution to Germany or an international tribunal. But these challenges only made Ben-Gurion a more vociferous champion of the trial.

A principal villain of Arendt’s book is Gideon Hausner, who had recently been installed as attorney general and who assigned himself the first chair in the prosecution. He was a strange choice for the job. There was little in his background as a commercial lawyer that suggested he had the courtroom skills to battle a cunning defendant, which Eichmann turned out to be. Indeed, Arendt accused Hausner of being more of a demagogic politician than a rule-abiding barrister. She disparaged his emotionalism and his aggressive effort to pin every crime of Nazi Germany on Eichmann. In one of her less-than-­attractive letters from the trial, Arendt accused Hausner of having a “ghetto mentality” and of being a “typical Galician Jew, . . . one of those people who don’t know any language.”

Lipstadt doesn’t entirely dispute Arendt’s portrait of Hausner. She concedes his imprecision and hyperbolic tendencies. But Hausner also emerges as something close to the book’s hero. His strategy placed the survivors at the center of the trial, the first time that the world had heard from them at such length. According to Lipstadt, this was the moment the survivors acquired their moral stature. And their testimony was the reason the Eichmann trial so shook the world.

In fact, Lipstadt argues that survivor testimony had the effect of shattering the Zionist self-image. Israelis had imagined that European Jewry had been too meek to defend itself during the war, the characterological opposite of the macho sabras. It was only during the Eichmann trial that Israelis came to appreciate the impossibility of resisting the Nazis, that Israelis weren’t morally superior to their diaspora cousins. “Some Israelis began to grasp that, rather than constituting a different breed of Jews, they were simply generationally and geographically lucky,” she writes. The nation suddenly understood the centrality of the Holocaust to its national story.

After recounting the trial so vividly, Lipstadt recounts the aftermath — a discussion that inevitably centers on Arendt. Her conclusions about “Eichmann in Jerusalem” are rendered calmly and with devastating fairness. This is the right tone, since she accuses Arendt of writing with distorting anger and inexcusable carelessness. Lipstadt doesn’t dismiss Arendt’s big conceptual insight about the banality of evil, which she argues has merged (in somewhat more refined terms) with the historiographical conventional wisdom. But she accuses Arendt of ignoring anti-Semitism — and of discounting all the evidence about Eichmann’s centrality in plotting the genocide so that she could portray him as a pathetic bureaucrat.

It is always bracing to recall the world in which the Eichmann trial was held — where the slaughter was largely unacknowledged (and even unknown). That’s why Ben-Gurion and Hausner were spectacularly right to exploit the Eichmann prosecution for pedagogical purposes. They forced the Nazi genocide onto the front pages of the world’s newspapers. Nearly 20 years after the fact, the Holocaust finally began to find a place in the public consciousness that reflected the size of the atrocity. (Indeed, the trial was largely responsible for making “Holocaust” the universal term for the genocide.) Critics of the trial insinuated that the Israelis were somehow transgressing the bounds of fairness and justice by pressing these larger points. But Ben-Gurion and Hausner served precisely these goals by giving a voice to Eichmann’s victims.