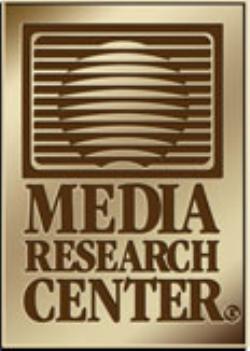 ALEXANDRIA, VA – The Media Research Center (MRC) is proud to announce M. Stanton Evans as the recipient of its 2010 William F. Buckley Jr. Award for Media Excellence, given to honor conservative leaders who exemplify the spirit and tenacity of the late Mr. Buckley.

This year's recipient, M. Stanton Evans, will be presented with the award at the MRC's "Tell the Truth!" 2010 Tour event at the Mayflower Hotel held today in Washington, DC.

"Stan Evans' list of contributions to the conservative movement is nearly impossible to measure," said Brent Bozell, presenter of the award and president and founder of the Media Research Center.  "It is champions like him that keep the conservative movement going. His unwavering dedication to simple, common sense principles and truths have led him to found some of our movement’s leading organizations.  His writing and wit capture an audience that benefits from his no-nonsense approach to politics."

"This is our fourth William F. Buckley Jr. Award and I am so pleased to award it to Stan Evans, one of our nation’s true heroes."

Mr. Evans is being given the award as recognition of his outstanding leadership in the conservative movement, and defending and advancing conservative principles through the media. His list of accomplishments and contributions include his integral role in the founding of the Young Americans for Freedom and the signing of the Sharon Statement in Sharon, CT in 1960. He also worked as associate editor at National Review from 1960-1973 with William F. Buckley Jr., and then went on to be an editor at Human Events. At age 26 he was the youngest editor of a metropolitan daily in the nation at the Indianapolis News.  He founded the Education and Research Institute in 1974 to advance greater awareness and understanding of America's traditional values and in 1977 founded the National Journalism Center.  He has written eight books over the course of his career and continues to provide leadership and insight to the conservative movement.

As the intellectual cornerstone of the modern conservative movement, Mr. Buckley founded National Review magazine in 1955.  Over the course of the following decades he helped spread the cause, rallied conservatives during the Cold War, was instrumental in helping Ronald Reagan win the presidency — twice — and continues to provide the intellectual ammunition, along with grace and wit, to strengthen conservatives in the on-going battles to preserve liberty, peace and justice in America. 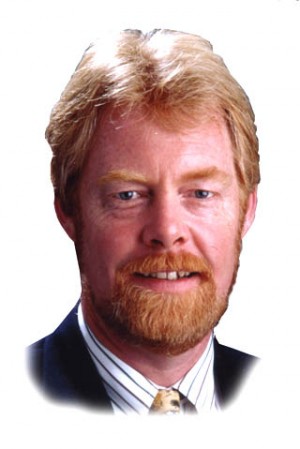 Brent Bozell, founder of the MRC

Media Research Center Inc. (MRC) is a conservative media watchdog group run by president and founder Brent Bozell. In 2006 the MRC had total revenue of $10.8 million[1] and 50 full-time staff members. It is predominately funded by larger right-wing foundations (see below) with other comparatively minor sources of income from rental income and investments. In it's 2006 annual report, the group's founder wrote that MRC "continued to regularly provide intellectual ammunition to conservative activists, arming them with the weapons to fight the leftist press."[2]

The MRC operates a number of subsidiary projects including the Business & Media Institute (formerly known as the the Free Market Project); CNSNews.com, a conservative news service; the NewsBusters blog; TimesWatch, a website focusing on the New York Times; the Culture and Media Institute and the MRC Action Team.

(The Parents Television Council was founded in 1995 as a MRC project but, in 2000, was split off to become a separate legal entity. Brent Bozell, who founded the MRC, was president of both organisations until January 2007, when he resigned as President of the PTC but remains a member of the board of directors.[3])

From MRC's website: "The mission of the Media Research Center is to bring balance and responsibility to the news media. Leaders of America's conservative movement have long believed that within the national news media a strident liberal bias existed that influenced the public's understanding of critical issues. On October 1, 1987, a group of young determined conservatives set out to not only prove - through sound scientific research - that liberal bias in the media does exist and undermines traditional American values, but also to neutralize its impact on the American political scene. What they launched that fall is the now acclaimed --- Media Research Center (MRC)."[4]

In 1994, the MRC first printed the following excerpt from Howell Raines' book, Fly Fishing Through the Midlife Crisis:[1]

Then one day in the summer of 1981 I found myself at the L.L. Bean store in Freeport, Maine. I was a correspondent in the White House in those days, and my work -- which consisted of reporting on President Reagan's success in making life harder for citizens who were not born rich, white, and healthy -- saddened me....My parents raised me to admire generosity and to feel pity. I had arrived in our nation's capital [in 1981] during a historic ascendancy of greed and hard-heartedness....Reagan couldn't tie his shoelaces if his life depended on it.

But the quotes were cobbled together from two different sections of the book; the span of the ellipsis between "hard-heartedness" and "Reagan couldn't tie" is 28 pages. Further, the statement "Reagan couldn't tie his shoelaces if his life depended on it" refers in context to Reagan's fly-fishing skills, not his IQ.[2] The MRC later appended a "clarification" putting the statements in their proper context.[3]

Extra!, the magazine of the progressive media watch group Fairness & Accuracy In Reporting, has criticized the MRC for selective use of evidence--the MRC had complained, for example, that there was more coverage of government death squads in right-wing El Salvador than in left-wing Nicaragua, without mentioning that there were roughly a thousand times more extra-judicial killings in El Salvador. Extra! also characterized the MRC as wanting to force out of the media any opinions that it disagreed with, even tracking the off-screen political comments of actors in a project that the magazine said "bore an uncomfortable resemblance to Red Channels, the McCarthy Era blacklisting journal." [4]

The liberal media watch group Media Matters for America has also repeatedly criticized the MRC, charging that they view the media "through a funhouse mirror that renders everything--even the facts themselves--as manifestations of insidious bias." [5]

The May 11, 2006, MRC press release "Public Demands Networks to 'Tell the Truth!' about Iraq War. Media Research Center delivers over 140,000 petitions demanding fair media coverage" directs inquiries to either Colleen O'Boyle or Tim Scheiderer at 703-683-5004, which is the phone number for Creative Response Concepts of Alexandria, Virginia.