This conversation, which took place in 2010, was far from the weirdest I had in my four-continent investigation of the real story of the Deepwater Horizon.

The BP oil rig blew out on April 20 of that year, four years ago this Sunday.

Last month, the Obama administration officially OK’d BP’s right to resume drilling in the Gulf of Mexico. A few days after lifting the ban, just to assure the company that all is forgiven, the U.S. Department of the Interior gave BP a new contract to drill in the Gulf of Mexico—right next to where the Deepwater Horizon went down. At the same time, the forgive-and-forget U.S. Justice Department has put the trial of David Rainey, the only BP big shot charged with a felony crime in the disaster, on indefinite hold.

The Deepwater Horizon blowout incinerated 11 men on the rig and poisoned 600 miles of Gulf coastline. What political fairy dust does BP keep in its pocket to receive virtual immunity from the consequences?

To understand what really happened in the Gulf of Mexico, and how BP became a corporate creature beyond the reach of the law, British television network Channel 4 sent me on an investigation through a labyrinthine fun house of bribery, lap dancing, beatings, WikiLeaks, a coup d’état, arrests and oil-state terror.

I found the cause of the tragedy of the Deepwater Horizon 7,000 miles from the Gulf in the ancient city of Baku, the Central Asian caravan stop on the Silk Road.

For the interview with agent Abrahams and the full story of the Deepwater Horizon, see, “Vultures and Vote Rustlers,” the documentary that will be available as a download without charge until April 21 courtesy of the not-for-profit Palast Investigative Fund.

The literal source of Soviet power until 1991, Baku has been exporting petroleum for 3,000 years. As the Soviet Union shattered into pieces that year, BP set its sights on the city. It is now the capital of the new nation of Azerbaijan, which sits atop the biggest untapped oil field in the world, right beneath the Caspian Sea.

A coup for BP

In 1992, then-BP Chairman Lord Browne flew into Baku as soon as the young state elected its first president, Abulfaz Elchibey. Former British Prime Minister Margaret Thatcher joined him via the “Iron Lady,” a plane the corporation outfitted especially for her. At a state dinner, Browne handed Abrahams, a BP vice president at the time, a briefcase and showed him the contents: a check for $30 million. Browne then gave the check to the president of Azerbaijan.

Still, the new president remained “not favorable” to BP’s demand for control of the Caspian oil, so MI6, the CIA and the corporation went into action. The spy agencies armed and empowered former Soviet KGB chief Heydar Aliyev, who in 1993 overthrew Azerbaijan’s elected government. Once he became dictator, Aliyev named himself president for life and within four months signed a no-bid deal to give the reserves to BP.

BP and MI6 man Abrahams was instructed, he told me, to “smooth the way” for the deal by taking Azeri officials to London in Browne’s jet for weekends of lap dancing and other entertainment. By Abrahams’ own estimation, he paid over $3 million in additional cash bribes to make certain BP would have no trouble.

I should note that Abrahams broke no law: Bribery by a British subject was legal then. BP executives did not deny the payoffs when I questioned them directly, and MI6 officers proudly confirmed the coup’s purpose of locking in the offshore deal for BP.

What does this have to do with the blowout of the Deepwater Horizon?

This: It is now well established that the disaster occurred when the cement used to cap the well failed, allowing explosive methane gas to fill the rig and transform it into a sinking fireball.

The cause of the two blowouts was identical. In the Caspian as in the Gulf, BP laced its cement with nitrogen gas. The nitrogen bubbles sped up the drying of the mixture, saving BP half a million dollars a day on rig rental charges. But in offshore high-pressure zones, nitrogen-spiked cement can fail. And it did. Twice.

Question: Why in the world was BP allowed to use this insanely dangerous “quick-dry” cement just after a failure in the Caspian? Answer: A cover-up—via threats, beatings, arrests, bribery, perjury and the complicity of the U.S. State Department.

I learned of the prior blowout only because of a coded message from the Caspian Sea received from one very nervous eyewitness. To get the evidence, I flew to Baku and headed across the road-less desert to find more witnesses. Greg Palast and crew under arrest in Azerbaijan. Photo by Palast Investigative Fund

But we had been ratted out. My crew was placed under arrest by Azerbaijan’s secret police. Although officers demanded our film, I was allowed to keep my pen, which was actually a hidden camera. (I’ve learned a few things from Maxwell Smart.)

How do you keep a monstrous blowout from going public? As one of the arresting cops told us with odd pride, “BP drives this country.” It drives it with cash. Robert Ebel, former chief of oil analysis for the CIA, estimates that at least $140 million in payments by BP for Azeri oil has gone unaccounted for. Where did it go? Notably, the Aliyev ruling family lives like pashas despite the president’s official salary of $100 a month.

Oil worker advocate Mirvari Gahramanli said she was beaten by police for raising questions. In case I doubted it, she showed me photographs of a dozen cops slamming her with long clubs.

What’s worse, while I was tossed out of the country (it would have looked bad to throw a TV reporter into a dungeon), my witnesses disappeared.

Just five months before the Deepwater Horizon spill, Rainey—BP’s vice president for Gulf exploration—testified before the U.S. Congress that the company had drilled offshore “for the last 50 years in a manner both safe and protective of the environment.”

BP’s testimony was a lie. The Caspian rig had blown out a year earlier.

But the lie was good enough for Congress. Based on Rainey’s assurances, legislators pressured the Department of the Interior to drop objections to plans for drilling in the Gulf’s deep waters.

Withholding information from Congress is a felony. But Rainey has one heck of a defense: The U.S. State Department was in on the cover-up.

Deep in the pile of confidential State Department cables released by one courageous U.S. soldier, Pfc. Bradley (now Chelsea) Manning, we have the notes from a secret meeting between the U.S. ambassador to Azerbaijan, Anne E. Derse, and the chief of BP’s Caspian operation.

The hugger-mugger was demanded by BP’s American partners, Chevron and Exxon. The U.S. oil companies had complained to the State Department that they were no longer getting their piece of the Caspian loot and BP wouldn’t tell them why. (You’ll remember that Secretary of State Condoleezza Rice was a member of Chevron’s board.)

In the memo, which you can see in our film “Vultures and Vote Rustlers,” the U.S. ambassador provides the details of the blowout of the bad cement on the BP rig.

The State Department kept schtum (quiet) about it, not even warning U.S. safety regulators. And Exxon and Chevron’s chiefs joined BP’s Rainey in the mendacious sales pitch to Congress, testifying, despite their knowledge, that their offshore drilling methods were as safe as a game of checkers.

Justice is not always abused: Rainey was indicted on a felony charge of obstruction of Congress. However, the charge centers on a relatively minor falsehood: his alleged understatement of the amount of oil bursting into the Gulf. Neither Rainey nor BP will be tried for the deadlier lie to Congress—the prior blowout caused by the penny-pinching quick-dry cement—because the U.S. government is itself complicit in the cover-up.

And that’s why we are seeing the red carpet rolled out for BP in the Gulf once more.

When the U.S. government participates in the corruption of other democracies, when it authorizes bribery and ignores police-state tactics to benefit from business deals, the sins of empire can come back to haunt the nation. In the CIA’s world this is called “blowback.” What was covered up in Baku has killed Americans in the Gulf, and it will likely continue to kill.

And bribery does not simply stay “over there.” American officials are not as different from the Baku bandits as they may like to believe. The agency in charge of regulating BP’s drilling in the Gulf, the U.S. Minerals Management Service, was rife with watchdogs who, like their Azeri counterparts, took backhanders and payouts from BP. And when I say BP was in bed with the regulators, that is not a metaphor: A BP lobbyist was reportedly sleeping with a chief of the agency.

Don’t bother sending Rainey a file in a cake: The BP man won’t get two minutes of jail time. His trial has been suspended indefinitely.

Immunity from law is not new to BP. As I reported last month, BP was the main culprit in the disaster caused by the Exxon Valdez grounding. The company walked away without paying a dime to the victims. In the case of the Deepwater Horizon, a few tenacious attorneys have ensured the corporation pays some compensation in the Gulf. But that money comes nowhere close to the damage it caused and will do nothing to harm the company’s bottom line.

The oil is still there

Today BP has declared Gulf waters clean, as if Mother Nature were just a toilet you can poop in and flush. But I’ve been to the Gulf shores. Dig down 10 inches in the shoals off Gulfport, Miss., and you’ll hit Deepwater Horizon crude. Biologist Rick Steiner told me BP’s poisonous sludge will remain just under the surface for another 40 years. Hidden—just like BP’s crimes. 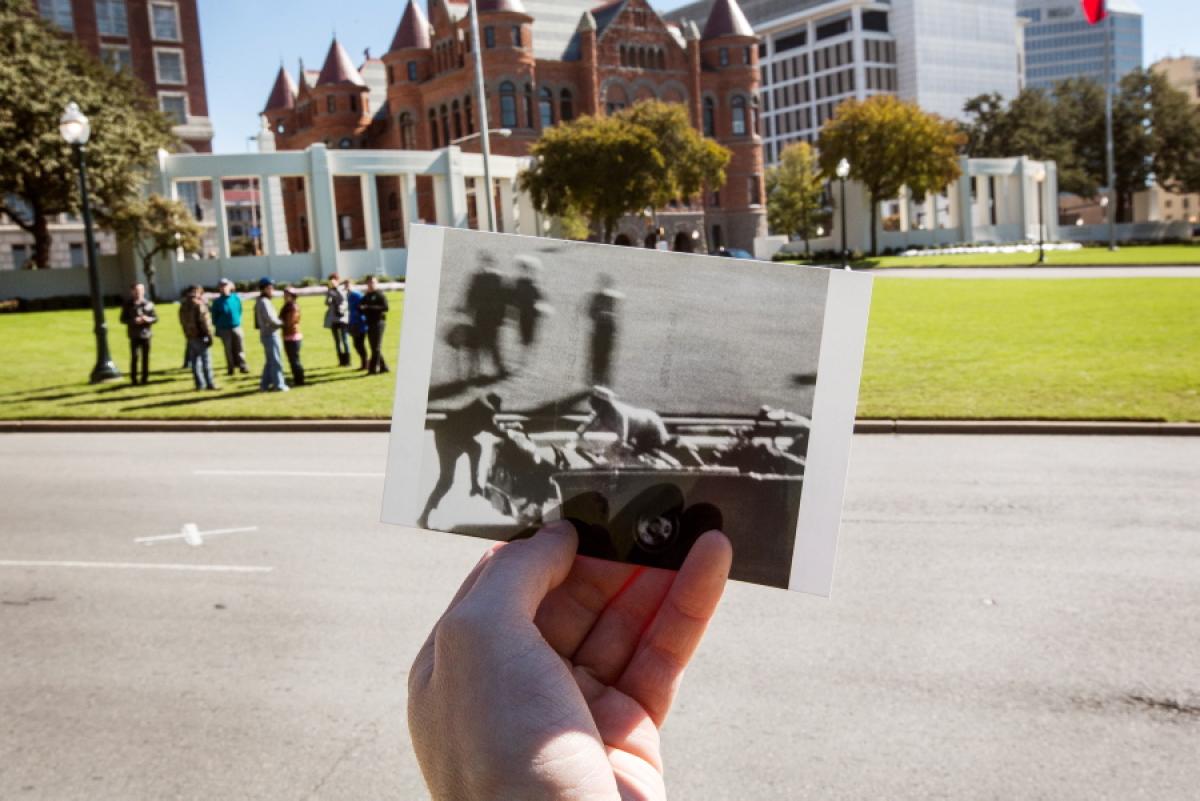