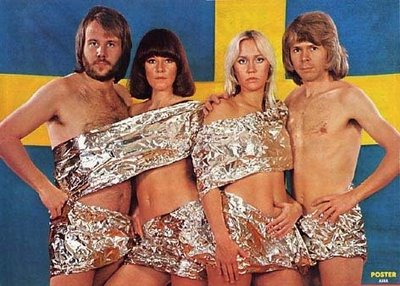 Sure enough, conspiracy was afoot. In the early years, collusive partnerships between countries came and went. Since the mid-1990s when public telephone voting was introduced, however, a large "Balkan bloc" centred on Croatia has emerged to battle with a mighty "Viking empire" of Scandinavian and Baltic states. The copycat voting is now powerful enough to determine the contest's outcome (Journal of Artificial Societies and Social Simulation, vol 9 (2), p 1).

Gatherer says he thinks the collusion has become part of the fun and says he doesn't plan to warn the contest organisers: "I think they probably already know."