Wired: Scientists Use Laser Beams and Engineered Algae Viruses to Control Your Mind 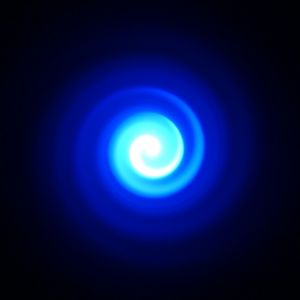 That’s right: Scientists will achieve mind control. By shining laser beams. Directly at cells in your brain. Which have been intentionally infected. By a blue-light sensitive virus. That they made in a lab. From algae.

According to Wired, you can really do some fancy stuff inside the mind by injecting an engineered virus into cells then shining a blue laser beam at them. The point is to pinpoint neurons that aren’t doing what they should, and using this very pinpointy process to kick start them without playing havoc on the rest of the brain.

To what end? We’re not at Cybermen just yet, but one of the proposed uses is actually prosthesis controlled by optics instead of electrodes as they are now. If this isn’t at all scaring you yet, check this bit of Wired‘s story out:

Crucial to the technique is that the virus is only injected into a very small part of the brain, and only a certain class of neurons, once infected, actually turn the channel on.

Or what? Please tell me, or what?

Turns out, it’s… Or else the treatment would resemble the kind of clumsier brain teasers, like drugs and electrodes. MIT neuroscientists Ed Boyden and Xue Han have already done it with primates, which, as everyone but Mike Huckabee knows, are close relatives to the human. Prior to that, fish, flies and rodents were all lasered up, with successful mind-control results. I am so happy I live in the present day, and not some quaint, almost cute past where all I had to worry about were influenza viruses and low-flying aeroplanes. [Wired]