WikiLeaks in the archive 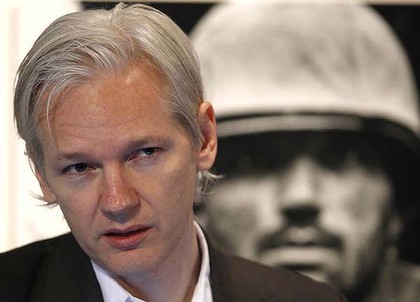 WikiLeaks' founder Julian Assange has said that he intends to sue the Swedish state over the handling of rape allegations against him by the Swedish Prosecution Authority (Åklagarmyndigheten).

"I plan to sue, several different lawyers have advised me to sue," Assange told the Svenska Dagbladet (SvD) daily.

Assange told the newspaper that he plans to sue for damages for what he considers to be "legal mistakes" directed against him.

"I am very disappointed at the Swedish authorities," the Australian told SvD.

While visiting Sweden in August, Assange was the subject of rape and molestation allegations from two women.

An arrest warrant was issued for his arrest on August 20th and prompted a media frenzy when the Expressen newspaper reported on the case the following morning.

The 39-year-old activist journalist has since admitted that he had met both women in question, who according to their lawyer are both Swedish and aged between 25 and 35, saying "they were both at my press conference."

He has since insisted that he has never had non-consensual sex with anyone, and refused to discuss whether he had sexual relations with the women in question, saying it was a "private matter".

Assange has also questioned the timing of the rape allegations, inferring that the Pentagon may be behind them to try to smear WikiLeaks ahead of plans to publish a slew of classified documents pertaining to the war in Iraq.

Julian Assange is still under investigation in Sweden, but the probe has not prevented from leaving the country.

Prior to the rape allegations Assange had submitted an application for a residency permit in Sweden, seeking to benefit from protection under Swedish publishing laws. His application was rejected by the Swedish Migration Board in October.