Welcome to the age of discreet 'directed energy' attacks. 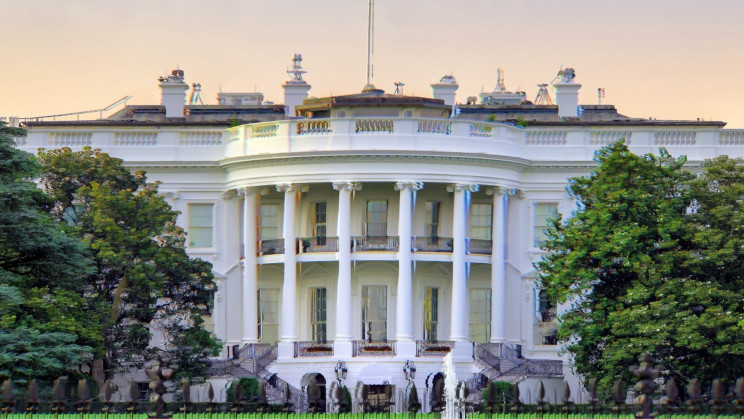 Federal agencies of the U.S. are investigating at least two alleged incidents — including one near the White House in Nov. 2020 — that seem to involve unidentified, invisible 'energy attacks' that were linked to serious symptoms for dozens of personnel, according toan initialCNNreport.

This isn't a war, and there's much to confirm, but the question is raised: what kinds of weapons could do this?

The Pentagon and other agencies investigating the events have yet to discover or release the details, but the idea of an attack going down so close to the White House is concerning, not least of which for familiar, Sept.-11 reasons.

The Senate and House Armed Services Committees were briefed by Defense officials earlier in April — including the event that may have happened near the White House. The recent incident near the President's home went down near the Ellipse — which is a giant oval lawn just south of the White House — where the "energy attack" made one National Security Council official sick, according to several current and former U.S. officials' testimony toCNN.

Another, similar incident in 2019 was reported by a White House official who was walking her dog in a Virginia suburb just beyond the city limits, according toaGQreportfrom 2020. All who experienced these symptoms reported the experience to the CIA and State Department personnel overseas — with officials rapidly launching investigations into possible "Havana syndrome" attacks. The name relates to similar yet unexplained symptoms experienced by U.S. personnel in Cuba as 2016 was winding down in a collection of complaints of symptoms including vertigo, ear-popping, pulsing headaches, and nausea — sometimes joined by a mysterious but aggravating "piercing directional noise," continued theCNNreport.

Alate 2020 studyfrom the National Academies of Sciences suggested the illnesses U.S. officials suffered in Cuba called "Havana Syndrome" was likely the result of microwave radiation. It also said the Soviet Union researched the effects of pulsed radiofrequency energy 50 years ago — which means any nation, group, or entity with technology on par or better than 50-year-old Russian technology could conceivably be behind the recent energy attack near the White House and elsewhere.

Microwaves are a type of electromagnetic radiation — which are waves of magnetic and electrical energy flowing together through time and space. The human eye can only see a small portion of electromagnetic radiation — in the form of visual light. But today,microwaves are used in a variety of daily applications— including telephone and television communications. Industrial uses include cooking potato chips, drying and curing plywood, and raising bread and doughnuts.

Sonic weapons could be behind the White House event

A directed-energy weapon using microwaves could rapidly heat parts of the body — especially where there is less blood flow, like the ears, testes, or brain. But more likely than microwaves in the "Havana Syndrome" event — and possibly the one near the White House — is the use of a sonic weapon, or long-range acoustic device.

Sonic weapons can cause lung and liver damage at the right decibel setting. "When these things [are] getting up close to 200-decibel range that's actually going to cause physical changes in the body," said Jai Galliott, a director of values in defense and technology and former (Australian) naval officer at the University of New South Wales, Australia, inanABCreport.

It's "been proven that exposure to continuous low frequency for an extended period of time can have other effects on the brain, in terms of potentially affecting brain tissue," added Galliott. And these weapons are real. This technologyhas existed since the 1970sand entered public discussions in the 1980s. But since the technology remains under the almost exclusive purview of high-level government officials — like the DoD or CIA — it's not easy to flesh out precisely how the weapon and the White House event's symptoms are causally related.

While it's far too soon to say which device, if any, caused the debilitating symptoms experienced by U.S. officials near the White House and elsewhere in the preceding months, we could be entering a new era of discreet but effective attacks on high-level officials — leaving no trace of agents to blame. Perhaps the energy attacks were launched from a low-flying drone, or a human operator poised nearby, although this is plain speculation. Canadian diplomats claimtheir government possesses more detailson the "Havana Syndrome" brain injury cases, but until a relevant government comes forward with more details, the best we can do is stay informed onwhat to expect from such weapons.