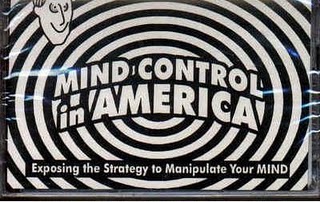 (CN) – A federal judge in San Francisco has given the green light to an action by Vietnam vets saying the CIA prevented roughly 7,000 human subjects from getting medical care after they were subjected to experiments on mind control, implantation of electronics and the effects of exotic drugs.

U.S. District Judge Claudia Wilken allowed a challenge to the consent forms signed by individual plaintiffs involved in the experiments, to the extent that they required an oath of secrecy.

At the same time, she dismissed the challenge to the legality of the CIA’s human testing program of the 1950s and ’60s.

But the plaintiffs, Vietnam Veterans of America, may seek a declaration concerning the lawfulness of consent forms provided to the individual plaintiffs, since the extent of their potential injuries was not fully disclosed and the forms required them to take a secrecy oath.

Plaintiffs, who also include the group Swords to Plowshares, allege that the oaths cause ongoing harm because they prohibit individuals from seeking treatment and counseling for the harm caused by the experiments.

The court also denied the CIA’s motion for judgment that the plaintiffs’ claims are time-barred and that the court lacks jurisdiction because the plaintiffs’ medical care “has been wrongfully withheld,” causing them injury due to the agency’s failure to act.

The CIA and the U.S. Army experimented on human subjects in the 1950s. The experiments included exposing subjects to “various chemicals, drugs and/or the implantation of electronic devices” and “developing mind-control methods.”

About 7,800 armed services volunteers participated, but were not fully informed of the potential risks of the procedures.

In dismissing that plaintiff’s legal challenge to the overall program, Judge Wilken ruled that the plaintiff Vietnam Veterans of America lacked standing to seek “a declaration on the lawfulness of the testing and the associated consent forms” because such relief would not fix their alleged injuries and the individual plaintiffs are no longer members of the armed forces and will not be subjected to experiments by the CIA in the future.