Warning: fclose() expects parameter 1 to be resource, boolean given in /homepages/29/d420594804/htdocs/wp-includes/functions.php on line 5477
 Trump Aides Considered trying to Blame Antifa for Capitol Riot while it was Underway, New Book Claims - The Constantine Report
LOADING

The then-president was convinced that the media was overblowing the riot
to try to make him look bad. 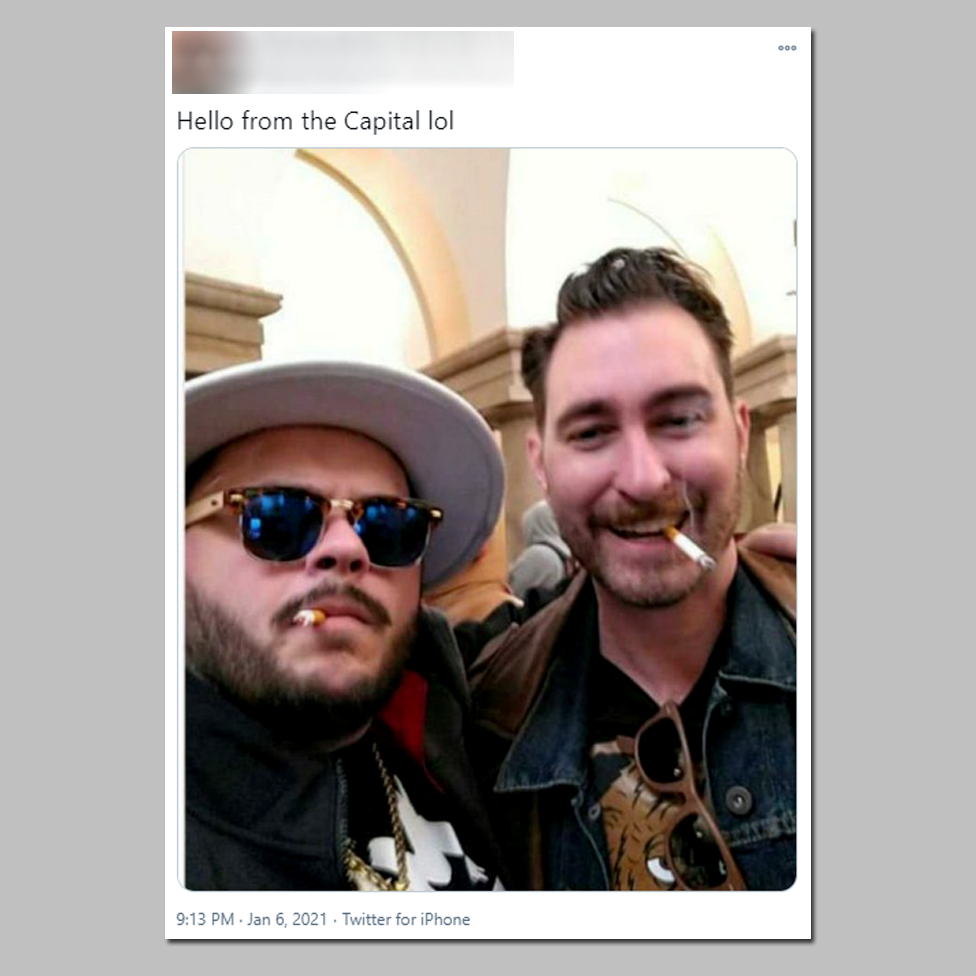 Photo: Idealistic, politically-literate anti-fascist activists or far-right, Fox-fed Trump cult goofballs? Dumb and Dumber here had no corollaries in 1776 — but they clearly are not Antifa agitators. They must be devoted followers of the GOP’s current patron saint of corruption. And typical ones, at that. — AC

While insurrectionists attacked police officers and broke windows at the US Capitol in a desperate bid to derail American democracy, former president Donald Trump‘s aides were trying to get him to blame the entire event on Antifa, according to a new book.

Journalist Michael Wolff describes the scene in his new book,WE Landslide, which documents the closing days of the Trump presidency, including the Capitol riot.

According to Mr Wolff’s reporting, published in New York Magazine, Mr Trump was more concerned with continuing his crusade to prove that the election had been stolen from him, and was so single-mindedly focused on his goal that he almost seemed aloof to the severity the insurrection.

“The president, though, was digging in his heels. He remained singularly focused on the electoral challenge and had blinders on to everything else – at least, that was how everybody was rationalizing something close to his total failure, willful or not, to understand what was going on,” Mr Wolff wrote.

The author explained that even among Mr Trump’s inner circle, allies like his daughter Ivanka viewed the riot as more of an “optics issue” than a violent attack on democracy.

Eventually that perspective morphed. By 3pm, about an hour after the first Trump supporters breached the Capitol, the then-president and his allies were trying to put distance between themselves and the attacks.

Ivanka Trump wrote a tweet around 3.15, calling the rioters “American Patriots”, and asking them not to attack law enforcement officers. But even calling them patriots showed some level of support for the insurrectionists, so she deleted the tweet.

Mr Trump’s staff debated for more than an hour whether he should address the public. All the while, police battled against the rioters as the nation’s lawmakers were evacuated and taken to shelter.

Trump supporters clash with police and security forces as they try to storm the US Capitol in Washington, DC – (AFP via Getty Images)

According to Mr Wolff, there were three prevailing views among Mr Trump’s staff: that the president should say nothing, that he should something, and that saying something could potentially make things worse.

Eventually the former president’s aides presented him with a pair of tweets written in his voice that he could use to address the riot while distancing himself from it.

“Bad apples, like ANTIFA and other crazyed leftists, infiltrated today’s peaceful protest over the fraudulent vote count. Violence is never acceptable! MAGA supporters embrace our police and the rule of law and should leave the Capitol now!” the first tweet said.

“The fake news media who encouraged this summer’s violent radical riots are now trying to blame peaceful and innocent MAGA supporters for violent actions. This isn’t who we are! Our people should head home and let the criminals suffer the consequences!” the other said.

Both tweets had the hallmarks of the administration; lying, scapegoating and a refusal to acknowledge its failures.

However, neither impressed Mr Trump, who reportedly prefers to author his tweets himself.

The then-president reportedly did not believe the riot was as bad as the news was reporting. While some of his supporters, like Ashli Babbit and Rosanne Boyland, were taking their last breaths, Mr Trump was insistent that the riots were just media hype.

Eventually Mr Trump issued another tweet, this one written by Dan Scavino, calling for peace among the rioters.

“I am asking for everyone at the US Capitol to remain peaceful. No violence! Remember, WE are the Party of Law & Order – respect the Law and our great men and women in Blue. Thank you!” Mr Scavino wrote, as Mr Trump.

Though Mr Trump did not immediately run with the “Antifa” scapegoat, other Republican lawmakers leapt at the chance to exonerate their constituents by invoking boogeymen.

Later on 6 January, the Congress reconvened to finish the electoral vote count. During that time, Congressman Matt Gaetz claimed that “some of the people who breached the Capitol today were not Trump supporters. They were masquerading as Trump supporters and in fact, were members of the violent terrorist group Antifa.”

Mr Gaetz was met with audible boos from his fellow lawmakers as he lied directly to their faces and to the American public watching the event.

In the days after the riot, far-right media outlets also tried to push narratives claiming the rioters were actually leftists. Several publications noted that one of the rioters – who was spotted at the Capitol wearing furs and buffalo horns with his face painted – had actually attended Black Lives Matter and environmental justice events in Arizona, suggesting he was actually a leftist.

It later was revealed that the man in question was the “QAnon Shaman” Jacob Chansley, a dedicated supporter of both the QAnon conspiracy theory and Mr Trump.

To date, investigators have found no evidence that the violence at the US Captiol on 6 January was perpetuated by another other than supporters of Mr Trump.nuary 6 Insurrection