Clockwise from left, a self-portrait by Otto Dix, who was despised by Hitler; a painting by Max Liebermann; and a picture of a woman by Matisse.

A collection of 1,500 artworks confiscated by the Nazis in the 1930s and 1940s has been found in the German city of Munich, media reports say. The trove is believed to include works by Matisse, Picasso and Chagall, the news magazine Focus reports. Some of the works were declared as degenerate by the Nazis, while others were stolen from or forcibly sold for a pittance by Jewish art collectors. If confirmed, it would be one of the largest recoveries of looted art.

Investigators put the value of the works at about one billion euros (£846m; $1.35bn), Focus said.

The magazine said the artworks were found by chance in early 2011, when the tax authorities investigated Cornelius Gurlitt, the reclusive son of an art dealer in Munich. He was suspected of tax evasion, and investigators obtained a search warrant for his home in Munich. There, they found the cache of some 1,500 artworks which had vanished from sight during the Nazi era.

The younger Mr Gurlitt had kept the works in darkened rooms and sold the occasional painting when he needed money, Focus reports.

The Nazis categorised almost all modern art as "degenerate". It was banned for being un-German or for being the work of Jewish artists. Some works were confiscated or destroyed; others were sold to collectors for a low price.

There are international warrants out for at least 200 of the works, Focus reports. The collection is being held in a secure warehouse in Munich for the time being.

One of the pieces is said to be a portrait of a woman by Matisse, which belonged to the grandfather of French TV presenter Anne Sinclair.

Paul Rosenberg, an art dealer who represented Picasso as well as Matisse, was forced to leave his collection behind when he fled France in 1940.

The US Holocaust Memorial Museum estimates the Nazis seized about 16,000 works of art in all.

In a Rediscovered Trove of Art, a Triumph Over the Nazis’ Will 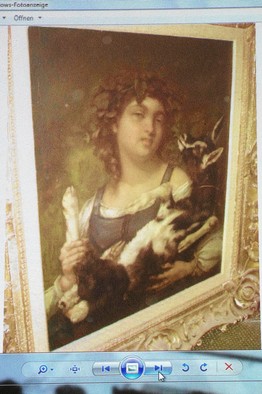 They keep coming back, these works of art lost to the Nazis, like bottles washed ashore. Three years ago, a small stash of sculptures turned up when a front-loader was digging a new subway station in Berlin.

Now some 1,500 pictures, an almost unfathomable trove, hartve surfaced; some were revealed in a news conference on Tuesday in Augsburg, Germany. From the first few blurry online reproductions they seem to include paintings by Matisse and Courbet, Franz Marc and Max Liebermann, Marc Chagall, Max Beckmann and Ernst Ludwig Kirchner, discovered in the Munich apartment of an old man named Cornelius Gurlitt whose father, Hildebrand, a dealer during the Nazi era, assembled a collection of the Modernist art that Hitler called “degenerate.”

Among the very first goals of the Nazis was to purge German museums and ransack private collections. Perversely, they stockpiled the modern art they hated, some to sell abroad in exchange for hard currency. Hildebrand was one of the dealers whom Joseph Goebbels picked for this task. Some art they paraded in an exhibition of shame. The show ended up a blockbuster, infuriating the Führer. After that, thousands upon thousands of confiscated works disappeared.

But as the years have gone by, art continues to be found, refusing oblivion.

Dix has returned, defiantly. He was despised by Hitler not just because he drew and painted in a spiky, gnarled, ghoulish way that decried the ravages of World War I and spoke to Weimar anxiety, but because his art mocked the German idea of heroism. The Munich self-portrait conveys a pride that seems ready to vanquish an enemy that had not quite appeared on the scene when Dix painted the work in 1919 but that both he and his art would outlast. ...

Discovery of Nazi-plundered art offers glimpse 'into a dark story'

German authorities have not released photos of the cache, which also includes works by Marc Chagall and Paul Klee. Investigators found it two years ago, after a man taking the train from Zurich to Munich was found carrying a large but legal amount of cash.

The man was the son of Hildebrand Gurlitt, who was a modern art specialist in the early 20th century. Joseph Goebbels, the Nazi propaganda minister, recruited Gurlitt to raise cash for the Third Reich by selling art that had been deemed degenerate by Adolf Hitler.

When Hildebrand Gurlitt died, in a traffic accident in 1956, his son inherited the art, apparently unaware of its origin.

Focus reported that the son, Cornelius Gurlitt, 80, kept the works hidden in darkened rooms in his disheveled, food-littered apartment in Munich. He sold a painting now and then when he needed cash, the magazine said.

Much of the work was already known from reproductions, said Walter Grasskamp, a professor at the Academy of Fine Arts in Munich.

“I think the surprise will be bigger in terms of politics: Who owned it, how was it taken away, was it legal — obviously not,” Grasskamp said. “What about the original owners, where did they end? I think this is a question as interesting as the value for the art market.”

It was not clear why German authorities kept the find secret for two years. The British newspaper The Guardian reported that it may be because of diplomatic and legal complications, particularly claims for restitution from around the world. ...

Germany defends itself on Nazi-era art

... The find was made public not by the German government but by reporters for the German news magazine Focus. The works of art, which included previously unknown works from Marc Chagall and Otto Dix, were found in the Munich apartment of Cornelius Gurlitt, 79, whose father Hildebrand Gurlitt was a wartime art dealer.

Focus said Cornelius Gurlitt had funded himself by occasionally selling artworks, and he had a bank account containing $674,000. He attracted the suspicion of authorities in late 2010 when they found him traveling from Zurich to Munich with a large amount of cash.

Hildebrand Gurlitt was a collector of the modern art of the early 20th century that the Nazis branded as un-German or "degenerate" and removed from show in state museums.

Nazi propaganda minister Joseph Goebbels recruited Gurlitt to sell the "degenerate art" abroad to try to earn cash for the state. Gurlitt bought some for himself and also independently bought art from desperate Jewish dealers forced to sell.

Chancellor Angela Merkel's spokesman Steffen Seibert said the government was informed "several months ago" about the case. He said authorities in Berlin were supplying "advice from experts in the field of so-called 'degenerate art' and the area of Nazi-looted art."

German authorities said the artwork, which included both modern paintings and others dating to the 16th century, had been discovered in March 2012 and not 2011 as reported by Focus.

Authorities said they found 121 framed and 1,285 unframed works — including by 20th-century masters such as Picasso, Chagall, Max Liebermann and Ernst Ludwig Kirchner and earlier works by artists including Henri de Toulouse-Lautrec, Gustave Courbet, Auguste Renoir and Canaletto. The oldest work dates to the 16th century.

Prosecutor Reinhard Nemetz told reporters in the Bavarian city of Augsburg that investigators have turned up "concrete evidence" that at least some of the works were seized by the Nazis from their owners or classed by them as "degenerate art" and seized from German museums in 1937 or shortly after.

Analysts involved in the investigation said the artworks were in good condition.

"When you stand in front of works and see these long lost works, that were thought to have been destroyed, in good condition, that is such a happy feeling," said Meike Hoffmann, a professor at the Free University of Berlin's art history department, during the news conference.

"The pictures are of extraordinary quality and are of huge scientific value. Many works were not known before."

That did not satisfy many critics who said the German government should have made the find public long ago and should publish a list of the artworks, which it has yet to do.

"This case shows the extent of organized art looting which occurred in museums and private collections," said Ruediger Mahlo, of the Conference on Jewish Material Claims Against Germany, noting private collections were almost all Jewish.

"We demand the paintings be returned to their original owners," he told Israel Hayomnewspaper. "It cannot be, as in this case, that what amounts morally to the concealment of stolen goods continues."

Mahlo criticized the lack of transparency in dealing with the case and said it was typical of the attitude toward looted art, which for some Jewish families constitutes the last personal effects of relatives murdered during the Holocaust.

Germany is a signatory to the Washington Conference Principles on Nazi-Confiscated Art, which calls for as much transparency as possible in identifying and locating Nazi-seized art.

"There is an issue in Germany, which is that there is a great reluctance to publish lists of looted works of art," said Webber.

She said that there had also been problems with the pace of such investigations, which had become a concern for families whose elderly members — the owners of the artwork — are dying out. ... 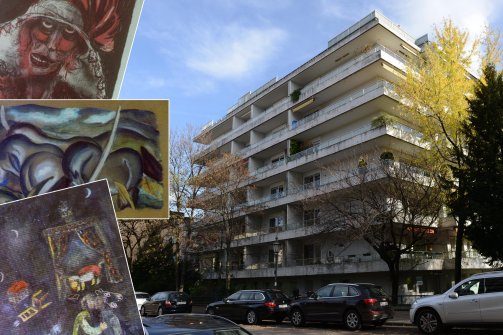 More on This Story

Probe into Nazis and Jewish Art Exposes 'Dealer to the Fuhrer'