BERLIN/MUNICH – On the doorbell of the apartment in Munich’s bohemian Schwabing district is a name once distinguished for architecture and music but infamous since the Nazi era by association with the plundering of art works owned by Jews: Gurlitt.

The discovery of hundreds of priceless paintings and drawings within has raised questions about how a man with such a red-flag surname—Cornelius Gurlitt—kept his secret for so long while selling works on the market.

Interviews with relatives, dealers, lawyers and art experts show he moved freely for decades between Germany, Austria and Switzerland to sell from his hoard of Modernist and Renaissance masterpieces. They were not locked in a vault, but stacked in his flat, hiding in plain sight in Germany’s third largest city.

In the art world, which thrives on discretion, it appears to have been an open secret that Cornelius was sitting on at least part of the collection of his father Hildebrand, who worked for the Nazis selling art branded “degenerate” that was taken from museums or stolen or extorted from Jews fleeing the Holocaust. To everyone else—including, apparently, the Gurlitt clan—it was a shock when authorities reluctantly confirmed a magazine report that a routine customs check had uncovered 1,406 works with a value up to €1 billion ($1.34 billion).

“It is absolutely astonishing. I had no idea that such a collection existed,” said Dietrich Gurlitt, a 94-year-old first cousin of Cornelius.

Cornelius Gurlitt, who does not appear to have any living direct family, sat quietly while officers suspecting tax fraud stumbled across racks and drawers containing 121 framed and 1,285 unframed pieces.

He has since vanished. The 79-year-old currently faces no charges and is not on any known wanted list.

It was almost by accident that his private “collection” was discovered in the first place.

On that particular Wednesday night in late September 2010, officers patrolling the last train from Zurich spoke to an elderly man who grew agitated when questioned. He showed officers about €9,000 in cash, which was within the legal limit. But something didn’t feel right.

The officers filed a report and a routine inquiry began – which turned into the pursuit of a phantom.

Cornelius Gurlitt was not registered with Munich municipal authorities and had no tax number or pension – enough to start a probe. Prosecutors in Augsburg who specialize in white-collar crime got a warrant to search his home with customs police.

On February 28 2012, they rang the bell marked Gurlitt. Cornelius was at home.

The officials immediately recognized the significance of what they had discovered. Contradicting early media reports of priceless oils stashed among tins of fruit, Siegfried Kloeble of the Munich customs police said it was all stored professionally.

“The framed works were stored in a vertical stack, the way you would see in an art museum depot,” he said. “The works on paper were stored flat in drawers, out of the light.”

Working so discreetly that Gurlitt’s neighbors did not notice anything, a specialist art haulage company hired by the Bavarian authorities, took three painstaking days to pack and remove the collection.

Haulage experts said the removers would have measured the moisture and temperature, protected the canvases with chemical tiles and put works inside air-cushioned parcels, then boxes. It was then all taken to a secure, and still secret, location.

In early 2012, the Munich authorities informed the federal government of their find and asked for expert assistance from Berlin. Meike Hoffmann, an academic specializing in modernist art targeted by the Nazis, got the job.

For 18 months she worked between the secret depot and her Berlin university office before news of the spectacular find came under the unwelcome glare of the media. By that time Gurlitt had vanished.

In hindsight, it should have been obvious that Gurlitt was hiding something.

A few months earlier, he had sold a pastel of a lion tamer by German Expressionist master Max Beckmann for 864,000 euros, via the Cologne-based auction house Lempertz. They describe it as a “totally normal” transaction but recognized at the time that there was a “restitution problem” – a euphemism in the trade for a likely claim from Jewish owners from the Nazi era.

“An old gentleman contacted our Munich office,” said Karl-Sax Feddersen, a lawyer for Lempertz. “We had a restitution problem which we actively addressed and we found a solution ahead of the auction.” This involved sharing a portion of the auction proceeds with the claimant.

The Gurlitt name was guaranteed to arouse gallery interest.

Hildebrand Gurlitt and his brother Wilibald were scions of a German family that included a distinguished composer and a famous architect, both named Cornelius. But the brothers were also a quarter Jewish.

With the rise of the Nazis, this cost Hildebrand his job as director of a museum in Zwickau and Wilibald his post as professor of musicology in Freiburg in 1937.

But it did not stop Hitler’s propaganda minister, Joseph Goebbels, from hiring Hildebrand to sell off the “degenerate” art that the Nazis had stripped from museum walls and paraded around Germany and to assembly suitable works for a “Fuehrermuseum” in honor of Hitler, which was to be erected in Linz, near his birthplace.

The work took Gurlitt to Paris, where it is now clear that he took the opportunity to collect for himself, obtaining works such as a Matisse belonging to prominent French Jewish collector Paul Rosenberg. Seized by the Nazis in 1942 from a bank vault, it turned up 70 years later in his son’s flat in Munich.

Hildebrand was arrested for his Nazi collaboration at the end of the war and allied troops seized about 100 of his works. But his Jewish heritage got him freed and also helped convince the “Monuments Men”, a squad set up to protect cultural property from the Nazis, to return it to him in 1950. It included works by Edgar Degas, Marc Chagall and Beckmann.

Alfred Weidinger, deputy director of Vienna’s Belvedere art museum, said it would have been “no problem” for anyone looking into what became of “the collections of the art dealers who were authorized or made legitimate by the Nazis” to make the link to the heir of Hildebrand Gurlitt, who died in a car crash in 1956.

Although Hildebrand’s widow told authorities that all the art work went up in flames in the bombing of Dresden, when the family’s villa was destroyed, “Cornelius lived from the sale of art he presumably inherited from his father,” said Weidinger.

This might have come to light sooner had the family not been riven by Hildebrand’s collaboration with the Nazis.

“Hildebrand tried to keep it quiet that he had worked for the Nazis but my grandmother—his mother—found out and told us. My father broke off all contact,” said Cornelius’ cousin Dietrich, talking by phone from his home near Lake Constance.

Dietrich’s father Wilibald died in 1963 and his branch of the family has had no contact with Cornelius for many decades.

“I cannot understand why Cornelius didn’t declare the art works when he inherited them,” he said. “They were just lying there in drawers, for years, where nobody could see them. It is such a shame.”

Part victim, part perpetrator, the family has found it painful to discuss the war years or come to terms with the revelations about cousin Cornelius.

“Our grandfather was hounded out of his position because of his Jewish roots,” said Dietrich’s son Tilman. Another son, Ekkeheart, told Reuters at his photography studio in Barcelona: “Nobody knows whether he [Cornelius] is alive or not.”

For the time being, according to specialists in the complex legalities surrounding claims and restitution, the “collection” still belongs to Cornelius Gurlitt and could be returned to him once the laborious process of cataloguing it is complete.

But it is already clear that while some of the works may have been bought legally from the “degenerate” collection, many were obtained under duress from persecuted Jewish collectors.

“I’m really disappointed my father isn’t alive to see this, because he was the one that suffered,” said Michael Hulton, whose great uncle Alfred Flechtheim, a prominent collector and patron of Modernist art, died in poverty in London in 1937.

“My great uncle was a well-known dealer and Hildebrand Gurlitt probably dealt with him,” Hulton told Reuters in an interview at his home in San Francisco.

Hulton has applied to a court in Augsburg for a list of the works found in Gurlitt’s apartment to be made public so he can ascertain whether anything belonging to Flechtheim is there.

The German authorities’ apparent reluctance to publish the list has infuriated families whose ancestors were robbed by the Nazis, prompting the U.S. government to urge the Germans to act.

“There’s so much evidence that many of these works came from victims of the Holocaust and that they were taken out of German museums,” said Jonathan Petropoulos, an expert on art looted by the Nazis at Claremont McKenna College in Claremont, California.

“These are problematic works. There’s no doubt about that. And so I think that there is a requirement, ethical, and maybe even beyond that, to publicize these works,” he said, arguing for expediency because potential claimants who survived the Holocaust were “dying every single day”. — Reuters

Previous Article
Pentagon Declined to Investigate Hundreds of Purchases of Child Pornography (2010)
Next Article
“Mainstream” Media: NSA was Lax in Protecting its Lawbreaking 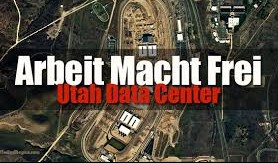 “Mainstream” Media: NSA was Lax in Protecting its Lawbreaking
Nov 11