Tired of Texting? An Alternative Use for that Cell Phone – Track Stealth Bombers "with Great Ease" 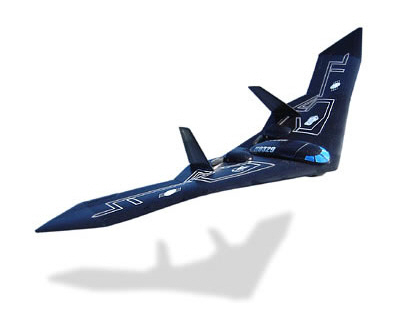 US stealth fighters and bombers, such as the F117, B1 and B2, played key roles in the Gulf and Balkans Wars as they are almost impossible to detect using conventional radar. But the ease with which the mobile telephone mast system developed at Roke Manor Research at Romsey in Hampshire can be used to detect the aircraft has greatly concerned the military.

Peter Lloyd, head of projects at the laboratory's sensor department, said: "I cannot comment in detail because it is a classified matter, but let's say the US military is very interested."

Stealth aircraft, each of which costs at least $A4 billion, are shaped to confuse radar. A special paint absorbs radio waves, reducing the radar signature to the equivalent of a gull in flight. The Roke Manor scientists discovered that telephone calls sent between mobile phone masts detected the precise position of stealth aircraft with great ease.

"We use just the normal phone calls that are flying about in the ether," Mr Lloyd said.

"The front of the stealth plane cannot be detected by conventional radar, but its bottom surface reflects very well."  Mobile telephone calls bouncing between base stations produce a screen of radiation. When the aircraft fly through this screen they disrupt the phase pattern of the signals. The Roke Manor system uses receivers, shaped like TV aerials, to detect distortions in the signals. A network of aerials large enough to cover a battlefield can be packed into a Land-Rover.  Using a laptop computer connected to the receiver network, soldiers on the ground can calculate the position of stealth aircraft with an accuracy of 10 metres with the aid of the GPS satellite navigation system.

"It's remarkable that a stealth system that cost 60 billion ($A160 billion) to develop is beaten by 100,000 mobile phone technology," Mr Lloyd said. "It's almost impossible to disable a mobile phone network without bombing an entire country, whereas radar installations are often knocked out of action with a single bomb or missile."

Mr Lloyd said the range of the mobile telephone base station system is classified information, but it would be at least the maximum distance a mobile phone would work from a base station - about 24 kilometres.

According to military sources, a rough version of a similar system might have been used in Serbia to shoot down an American F117 stealth fighter near Belgrade during the Kosovo campaign. The Serbs fired missiles into an area where they thought the stealth fighter was flying. ...