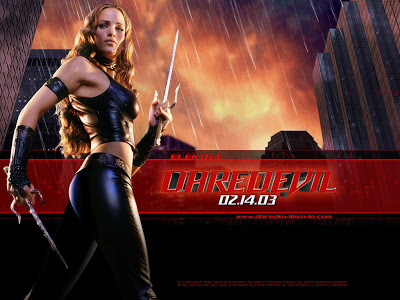 Actress Jennifer Garner may only play a spy on ABC’s action-drama Alias, but that’s good enough for the CIA: she’s the face of their new recruitment campaign, kicked off by a short video posted to the agency’s web site this week:

Ms. Garner was excited to participate in the video after being asked by the Office of Public Affairs. The CIA’s Film Industry Liaison worked with the writers of “Alias” during the first season to educate them on fundamental tradecraft. Although the show “Alias” is fictional, the character Jennifer Garner plays embodies the integrity, patriotism and intelligence the CIA looks for in its officers.
http://blogcritics.org/archives/2004/03/10/152045.php

Former ALIAS star Jennifer Garner is getting a lesson in politics from her husband Ben Affleck. The PEARL HARBOR star has always been fascinated by current events and is helping his wife become more educated when it comes to world affairs. …

Garner was born in Houston, Texas, the daughter of Patricia Ann (née English), an English teacher from Oklahoma, and William John Garner, a chemical engineer who worked for Union Carbide in Texas. … When she was four years old, her father’s job with Union Carbide relocated her family to Princeton, West Virginia, then to Charleston, West Virginia, where Garner resided until her college years.

WILLIAM J. GARNER joined the Company in August 1996 as Vice President of Design and Development. Mr. Garner was the Director, Process Research and Development, of the Polyolefins Division of Union Carbide Corporation from September 1990 to August 1996. He held a number of management positions at Union Carbide from 1975, all associated with the development, design, commercialization and licensing of Union Carbide’s leading UNIPOL(R) polymers technology. During Mr. Garner’s tenure at Union Carbide, this technology was extended to over 110 reactors worldwide and 12 million tons of annual capacity. Mr. Garner holds a B.S. and M.S. in Chemical Engineering from Texas A&M University and an M.S. in Industrial Hygiene from the University of Pittsburgh.
•••
Racheal Seymour (The Young and The Restless)

ABOUT HEARTBURN: A short action thriller film in which an undercover Department of Homeland Security agent endures “enhanced interrogation” in order to learn the truth at a marine base. After days of deprivation at the hands of a rogue soldier, the lethal operative carries out her mission, only to discover her true enemy may be within….Starring Racheal Seymour and Dennis Haysbert (www.heartburnthemovie.com)
http://www.free-press-release.com/news/200806/1213057785.html

… Known for her “touch chick” roles in film and television, Racheal has found her niche in Hollywood. The tom boy tough yet alluring hard body embraces the strong female, action roles. Taking on challenges traditionally thrown at men is nothing new to Racheal. She was one of the first females in Alaska to play High School football, lettering as a receiver. Racheal’s gridiron skills came in handy recently on a spec Under Armor football commercial. With black belts in Karate and Japanese Swordfighting, her continued study of the Israeli Krav Maga self defense system, and jujitsu groundfighting, Racheal often choreographs her own fight scenes. Never one to stop learning, Racheal continues to study acting, most recently at the Beverly Hills Playhouse. She also trains with some of the best SWAT, Navy SEAL, and special forces instructors in America, and is one of the first students outside of Japan to practice the nearly extinct martial art called Hojitusu –The Way of the Gun. She is a member of The Gunmetal Group, a company of professional SWAT, FBI and law enforcement advisors and trainers for film and television. Her vast tactical knowledge often comes in handy with roles such as FBI Tactical Team member in Vanished.

Racheal relied on her tactical skills while playing a covert Homeland Security agent in the short action/thriller film Heartburn (www.heartburnthemovie.com) also starring Dennis Haysbert (24, The Unit). Heartburn is the first film written and produced by Racheal under the banner of Seymour Productions, although she optioned another screenplay, a thriller called The Last Frontier. While immersed in the world of entertainment, Racheal doesn’t leave public policy far behind. She was elected to the Screen Actor’s Guild Board of Directors and was appointed to the Human Relations Commission for the city of Beverly Hills, her new residence. Recurring as a nurse on Lifetime Channel’s Strong Medicine and more recently as a prison guard on The Young and the Restless, Racheal loves portraying strong female role models with an edge. But then what else would one expect from a woman who was given an axe for her ninth birthday?

It’s probably safe to say that Meet the Parents and The Good Shepherd only really have one other thing in common. His name is Milton Bearden. 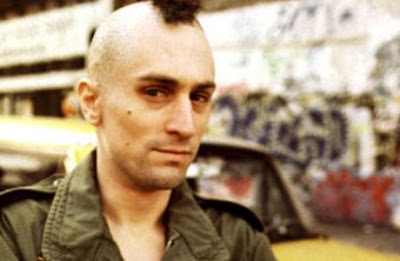 In the good old days of Communist Russia, one of the benefits of being a KGB agent was access to any and all movies on VHS. So when author and former CIA agent Milton Bearden first started working with Robert De Niro as a Technical Consultant in 1997 to research The Good Shepherd, a project to which the latter was originally only attached as an actor, he quickly realized that they had seen more De Niro movies than he had.

“At the beginning of this process, we would go into a room with these [KGB] guys and float around on their boats on the Moscow River or go to wonderful dinners and all that,” Bearden recalls during a recent interview with FilmStew. “But De Niro spent his whole time watching and listening to how these guys are.”

“Some of them are very thoughtful, because in the old Soviet Union you were either in the Party, in the army or in the KGB,” he adds. “That’s where a lot of the elites went so these are very smart guys. Going back and forth to Moscow and meeting with these guys allowed Bob to create a KGB character (played by Oleg Stefan). The Good Shepherd portrays that early era of the contest between America and the KGB perhaps better than anything I have ever seen out on film in America.”

Bearden first joined the CIA in the 1960’s, just as the inaugural James Bond series film Dr. No was arriving in theaters. He says that while the 007 films are great fun even though they have nothing to do with anything, most other English language spy movies are way off. Either because they don’t care about the reality of things as they were, or are driven by more of a personal political agenda.

“[John] le Carré’s early stuff, like the movie The Spy Who Came in from the Cold, was close,” Bearden suggests. “Kim, which is a [Rudyard] Kipling story, was actually a great spy story too. But I think De Niro is taking the opening salvo with The Good Shepherd and taking an audience where they’ve never been. Like how many war movies had you seen before you saw [Saving] Private Ryan?”

New this week on DVD, The Good Shepherd does not feature Audio Commentary by De Niro, who was compelled by screenwriter Eric Roth to finally come on board as not just an actor but also a director. When the pair took part in a preview screening Q&A last fall in Los Angeles, De Niro responded to the audience question ‘Were the CIA involved much with the movie?’ with the answer, ‘Involved? They funded it.’

The actor was joking, of course, but Bearden and Roth worked together over the years to ensure that Shepherd captured the CIA’s multiple layers from its very inception. Not quite the expertise that was required for Bearden’s other De Niro gig, namely providing the actor’s Meet the Parents character of Jack Byrnes with suitable spy detecting paraphernalia.

“Bob had a huge interest in making it work, finding something that would make it move from where it was in the original script,” Bearden recalls.

“[Director] Jay [Roach] called me when I was skiing in Colorado and he said, ‘We’re having trouble coming up with something in this house.’ I said, ‘What I think we ought to do is have a secret room where De Niro’s character has all his stuff.’”

“Roach said, ‘Well what would you have in there?’” he continues. “I said, ‘Well what we should have in there is some pictures and blah-blah-blah and CIA stuff and why not have an old polygraph?’ The rest is history because they ended up with that scene where De Niro polygraphs Ben Stiller in what was not only wildly humorous, but absolutely the perfect polygraph to ever be done in a movie.”

Bearden has three sons, no daughters. Perhaps that’s why he’s never personally felt the urge to vet one of his children’s suitors with a lie detector test. But he says Roach and De Niro perfectly captured the pattern of polygraph questioning, and that much like that scene turned out beyond anyone’s expectations in Meet the Parents, there similar surprises in The Good Shepherd.

It’s likely Bearden is watching more of that kind of thing take form on the set of his latest Hollywood consulting assignment, Charlie Wilson’s War. “What kind of a lucky guy I must be,” Bearden marvels. “I get to work with De Niro, [Matt] Damon, Angelina Jolie, William Hurt, John Turturro and all that. Now I’ve got Mike Nichols, [Tom] Hanks, Julia Roberts and [Philip Seymour] Hoffman. It’s going very well. It’s wonderful.”

Book Review: The Mighty Wurlitzer: How the CIA Played America, by Hugh Wilford