The Poisonous Legacy of 9/11 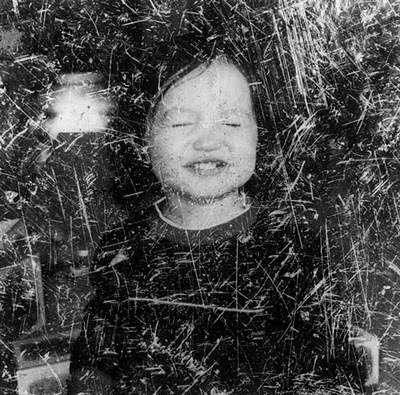 Editorial: The poisonous legacy of 9/11

NEW YORK — … Two fascinating facts emerged during my visit. The first was that the insurance companies have settled the last of the claims arising from the 11 September 2001 New York atrocities, clearing the way for thousands of workers to swarm into the 16-acre pit left by the World Trade Center to begin a $9bn rebuilding project.

The second could ultimately make the $4.55bn paid out by the likes of Swiss Re, Allianz Global Risks and Zurich American seem paltry. With a stroke of his pen, New York’s chief medical examiner, Dr Charles Hirsch, certified that the death from sarcoidosis (a relatively rare lung condition) of 42-year-old Felicia Dunn-Jones in 2002 was “with certainty beyond a reasonable doubt” connected with dust she had breathed in as she ran from her office a block away from the twin towers on 11 September. Before my visit to New York, the death toll from the twin towers attacks stood at 2,749; when I left, it was 2,750, with the death of Dunn-Jones officially labelled a “homicide”.

This was the first such formal classification of what the Bush administration might call “collateral damage” from the 11 September attacks. A New Jersey pathologist ruled that the death last year from pulmonary fibrosis of 34-year-old James Zadroga, a New York City police detective who had spent hundreds of hours combing through the carnage was, “with a reasonable degree of medical certainty . . . directly related to the 9/11 incident”, but this finding has not been accepted by the city authorities.

So are we witnessing the first confirmed details emerging of the most serious of all of the 9/11 cover-ups by the Bush administration, which will make the 2,973 overall deaths seem a vast underestimate? Witnesses to 9/11 (who include my friend Conor O’Clery, the legendary Irish foreign correspondent now retired from the Irish Times, who tells me that he breathed in noxious substances for months afterwards) say that a Chernobyl-type cloud of dust and debris blew and settled not just over Manhattan, but as far afield as Brooklyn and even New Jersey, too.

Indeed, 700,000 people have added their names to a registry of those who believe they were exposed to toxic substances; the actual figure could be smaller, or it could run into millions – 10,000 of them so far have filed court claims. A Brooklyn study released last month found that cases of asthma there alone had increased 2.4 times since 11 September 2001. In the year following the attacks, firefighters developed sarcoidosis at five times the rate they had done so before; 26 firefighters who were working at Ground Zero within 72 hours of the attack sub sequently developed the disease, according to the findings of a study published last month in the medical journal Chest Physician.

The American College of Preventive Medicine, meanwhile, has expressed fears that deadly, malignant mesothelioma could develop in those exposed. Scores of rescue workers – 40 per cent of whom have no medical insurance – have already developed rare blood-cell cancers and thousands of firefighters have been treated for serious respiratory problems.

“The 9/11 health crisis is an emergency on a national scale, and it requires a federal response,” says Carolyn Maloney, Democratic congresswoman from New York, who adds that citizens from all 50 states in the Union as well as foreigners are affected.

The scandal is that the Bush administration knew almost immediately of the dangers of the toxic New York air, but lied. The public could breathe free, secure in the knowledge that “it is not being exposed to excessive levels of asbestos or other harmful substances”, according to Christine Todd Whitman, the former New Jersey governor appointed by Bush to lead the US Environmental Protection Agency (EPA) in January 2001. Speaking seven days after the attacks, she said: “I am glad to reassure the people of New York . . . that their air is safe to breathe.” The then mayor, Rudy Giuliani, chimed in to say that air quality was “safe and acceptable”. Both Whitman and Giuliani, subsequent investigations suggest, were under pressure from the White House to provide these reassurances in order to keep Wall Street operating.

In the words of O’Clery, “we were systematically misled”. …

British firms May be sued for slave trade
Jun 30