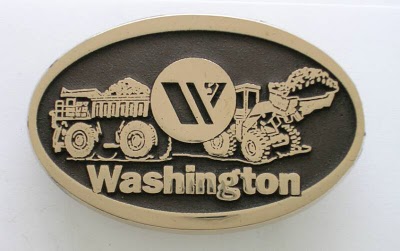 SF GATE: "... UC's new contract to manage Los Alamos in partnership with Bechtel, BWX Technologies and Washington Group International may be the latest example of corporate gain at the university's expense. ... "
http://www.sfgate.com/cgi-bin/article.cgi?file=/c/a/2006/01/15/ING2AGLS4C1.DTL
•••••••
General Electric and URS, Parent Company of WGI since November, 2007 (see Wiki entry below), also Dianne Feinstein and A PIECE OF JONESTOWN HISTORY: 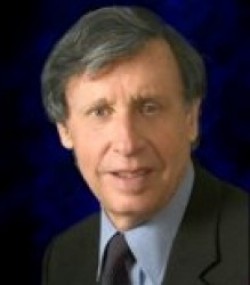 ... In the early years, it is reported that Blum [Richard Blum, that is, a GE director and husband of Sen. Dianne Feinstein], supported Moscone in SF politics. When Moscone was mayor of SF, Feinstein was President of the Supervisors. Feinstein was sworn in as mayor after Moscone and Harvey Milk were assassinated by Dan White. Somewhere during this time, Blum and Feinstein paths crossed and later they were married.

Blum had started in business with an investment firm. His interest in buying struggling properties or businesses and later reselling for a profit, launched his career as a financier. His first major success was buying the struggling - Ringling Bros - Barnum and Bailey. Circus for 8 million and a few years later selling it to Mattel, Inc. for 40 million.

Besides investing in URS Corp, Blum later helped them during an accounting scandal. URS Corp bought EG&G Technical Services from the Carlyle Group in 2002. This company has received contracts form the government which would contribute to the allegations of conflict of interest. President Bush 41, former British Prime Minister John Major and former SEC Commissioner Arthur Levitt are all involved with the Carlyle Group which is a 14 billion dollar buyout firm. ... 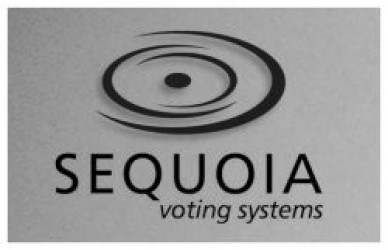 "Sequoia also has a colorful history, most recently in Louisiana, where it was the center of a massive corruption case that sent top state officials to jail for bribery, most of it funneled through Mob-connected front firms. Sequoia executives were also indicted, but escaped trial after giving immunized testimony against state officials. The company's corporate parent is the UK communications and printing firm De La Rue, which even as we speak is churning out the colonial currency notes for the new Iraq, courtesy of a hefty Coalition contract. De La Rue, in turn, is owned by the private equity firm Madison Dearborn--a partner of the Carlyle Group, where George Bush I makes millions trolling the world for war pork, privatizations and sweetheart deals with government insiders. ... "
••••••
A WGI Campaign Donation to Men's Room Stud Larry Craig 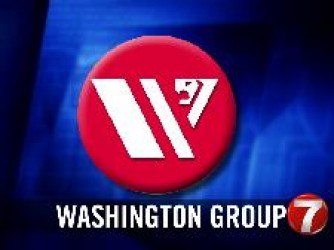 After an acquisition of Raytheon's engineering and construction unit soured, WGI filed for bankruptcy in 2001, reorganizing and emerging in January 2002. The company is nevertheless one of the largest construction and engineering firms in the United States. In January 2003, the company had a contract backlog of $2.8 billion.

WGI's leadership roster reads like a Who's Who of the government contracting business.

Washington Group International spent $860,000 in 2001 on lobbying Congress on issues including, but not limited to, defense appropriations and authorizations, chemical demilitarization program, policies and programs to reconstruct U.S. embassies and general issues regarding military construction programs. In 2002, the company spent $660,000 on the same issues, but it also lobbied on homeland defense initiatives and the Homeland Security Act, for a two-year total of $1,520,000.

The company was invited by USAID to bid on the initial capital construction contract, but lost out to Bechtel.

On April 4, 2003, the U.S. Army Corps of Engineers' Transatlantic Programs Center announced that it had awarded three contracts "to rapidly execute design and construction services as needed anywhere" in the area of operations for the U.S. military's Central Command (CENTCOM). The one-year contracts, awarded to Fluor Intercontinental, Perini Corporation and Washington Group International, are indefinite delivery/indefinite quantity (ID/IQ) contracts with a guaranteed minimum value of $500,000 and a maximum of $100 million. In late September 2003, the U.S. Army Corps of Engineers issued additional task orders totaling $278 million on the three contracts, and the Corps decided to raise the contract ceiling from $100 million to $500 million.

Washington Group International will repair electrical infrastructure in northern Iraq, while Fluor and Perini will perform similar work in central and southern Iraq.

According to the Pentagon, the same U.S. Army Corps of Engineers contracts won by Washington Group International, along with Fluor Continental and Perini, will cover work performed by the companies in Afghanistan. There, they will rebuild damaged roads and replace a destroyed bridge in Afghanistan as part of their individual contracts to support CENTCOM. Those contracts have a minimum value of $500,000 and a maximum of $500 million.

Board member William Flanagan, who began his Navy career in 1968, is retired commander in chief of the U.S. Atlantic Fleet. He also commanded the U.S. Second Fleet and NATO's Striking Fleet, and served as chief of legislative affairs for the Navy. He retired as admiral.

As of May 20, 2004  On March 12, 2004, the Program Management Office awarded the company a contract with a ceiling of $500,000,000 for "electrical power distribution and transmission" in the northern region of Iraq. A joint venture with Black & Veatch Joint Venture was awarded a contract with a maximum value of $600,000,000 for work in the public works and water sector. The joint venture also holds a contract worth $33 million for electrical work.

Washington Group International was an American corporation which provided integrated engineering, construction and management services to businesses and governments around the world. Based in Boise, Idaho, it had approximately 25,000 employees working in over 40 states and more than 30 countries. Its primary areas of expertise were: infrastructure, mining, industrial/process, energy & environment, and power. It was acquired by URS Corporation of San Francisco in November 2007 for $3.1 billion, and currently operates as the "Washington Division" of URS.

At the age of 30, Dennis R. Washington founded Washington Construction Company in Missoula, Montana in 1964. He guided the company to the top of the civil construction market in Montana, and expanded into mining, industrial construction, and environmental cleanup work. As his company grew into a major regional firm, Washington's vision for the future continued to expand also - leading to a series of acquisitions that produced the international company of today.

In 1996, the Washington Group acquired Morrison-Knudsen Co. of Boise, the major construction company. M-K was one of the consortium of firms that built Hoover Dam and the San Francisco Bay Bridge, the Trans-Alaska Pipeline and many other large projects of American infrastructure. M-K was also involved in the construction of rail projects such as the BART extension (M-K also built 80 C2 cars for BART). It built the California Cars as well as other rail passenger cars and light rail. It built locomotives under the MPI name brand, such as the MPI F40PH-C3.

M-K's origins date to 1905, when Morris Knudsen met Harry Morrison while working on the construction of the New York Canal (irrigation) in southwestern Idaho. Knudsen was a fifty-something Nebraska farmer (and Danish immigrant) with a team of horses and a fresno scraper; Morrison was a 27 year-old concrete superintendent for the Reclamation Service.

Their first venture together was in 1912, on a pump plant in nearby Grand View, where they lost money but gained experience. For several years the firm built irrigation canals, logging roads, and railways. They incorporated in 1923, the year gross revenues topped $1 million.

During World War II, M-K built airfields, storage depots, and ships, and it later expanded into foreign construction. It built the locks on the St. Lawrence Seaway, the DEW system, Minuteman missile silos, NASA's Kennedy Space Center, and over 100 major dams. Knudsen died in 1943, Morrison in 1971.

M-K was led into some risky non-core areas by Boise native William Agee, who became CEO in 1988, and was ousted by the board of directors in February 1995. The company had been in financial difficulty for several years and declared bankruptcy that same year. It was purchased by Washington Group in 1996 for $380 million. 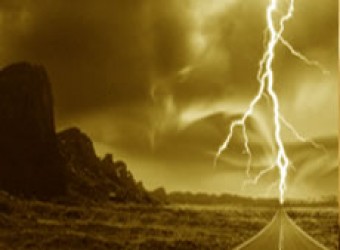 Growth by acquisition has brought the Washington Group into the top tier (by size) of American construction firms. However, Washington Group also declared bankruptcy - virtually eliminating all shareholder value. In 1999 it acquired the government-services operations of Westinghouse Electric Company, becoming a science and technology services leader, and in 2000 the company expanded its market leadership by acquiring Raytheon Engineers & Constructors, which owned engineering giant Rust International, to produce one of the largest companies in the industry.

However, Washington Group entered bankruptcy in 2001, but later successfully exited it.

On May 28, 2007, URS Corporation, based in San Francisco, announced it had reached an initial agreement with WGI management to purchase the entire company for $2.6 billion (about $80 per share). According to the plan, WGI would operate as a division of URS, with the headquarters remaining in Boise. On November 15th, the deal was finalized for a purchase price of $3.1 billion ($95.116 per share).