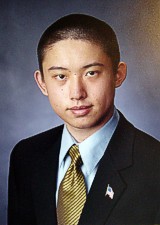 Stan Dai, O'Keefe's accomplice, has multiple intelligence connections, including the CIA, and was reportedly arrested with a listening device in his possession capable of receiving telephone transmissions, lending weight to the theory that the crew was attempting to tap Sen. Landrieu's phones, despite the denials widely disseminated by O'Keefe's wingnut supporters on the Internet, who claim he was "framed" by AG Holder. - AC

The four young men arrested last week for allegedly attempting to tamper with the phones at the office of Sen. Mary Landrieu (D-LA) have ties to Republican politicians, conservative think tanks, radical campus activists, and even the intelligence community [for details, see second story, appended below].

The four young men arrested last week for allegedly attempting to tamper with the phones at the office of Sen. Mary Landrieu (D-LA) have ties to Republican politicians, conservative think tanks, radical campus activists, and even the intelligence community.

It appears that Landrieu was targeted, at least indirectly, because of her stance on health care reform. Two of the men posed as telephone repairmen while a third taped them with his cell phone. A fourth alleged accomplice was arrested in a car a few blocks away.

Right wing operative James O’Keefe, famous for posing as a pimp to “expose” unethical behavior at the anti-poverty group ACORN, claimed that he and his crew were trying to expose a problem with the phones at Landrieu’s office which were keeping constituents from reaching her. ...

O’Keefe and his buddies are political operatives who come out of the world of right wing campus organizing, as Dave Weigel reports for the Washington Independent. Over the years, they’ve earned notoriety by using various forms of political theater and media to advance their issues. O’Keefe and Ben Wetmore, a fellow activist who let the alleged tamperers crash at his house before the Landrieu operation, even got married to each other to illustrate that shady people can marry each other for benefits, just like with straight marriage. On his now-defunct blog, Countermedia, Wetmore urged conservative activists to target seniors with a health care robocall featuring a Barack Obama impersonator.

The Landrieu crew is no stranger to more traditional forms of conservative politics, either. O’Keefe and Wetmore both formerly worked for the conservative Leadership Institute, a group that funds political training for right wing activists. Fake repairman Robert Flanagan interned for Republican Senator Lamar Alexander and a GOP congresswoman. O’Keefe was revealed to be on the payroll of the right wing news site Big Government at the time of his arrest. ...

Links to the intelligence community

... Maybe they hoped to make the news rather than break it. The men are charged with attempting to tamper with Landrieu’s phones, not just observe them. As I reported for AlterNet last week, one of the alleged tamperers has longstanding ties to the intelligence community.

In 2008, Stan Dai was the deputy director of a recruiting program for aspiring spies at Trinity Washington University. As Sahil Kapur reported in Raw Story, this program was funded by a $250,000 grant from the Office of the Director of National Intelligence.

Right now, most of what we know about the incident comes from a single affidavit from an FBI officer and leaks from law enforcement. We’ll probably learn a lot more about the men and their motives if they go on trial. ...

One of the men arrested in the plot to bug Sen. Landrieu's phones has ties to the intelligence community -- and an angry penis (according to himself). 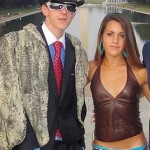 James O'Keefe, a pimp for the vote-suppressing GOP, and friend.

In his latest caper, perhaps O'Keefe was interested in exposing Landrieu's allegedly scandalous telephone system. But if that's all he and his comrades were after, why did they recruit Stan Dai, a "freelance consultant" with ties to the intelligence community, to aid in their quest?

The circumstances of Dai's arrest are difficult to square any theory that the men were just checking the protocols of Landrieu's phone system. A federal law enforcement official told the Associated Press that one of the four suspects was arrested a few blocks away in a car with "a listening device that could pick up transmissions." Another anonymous official told MSNBC that the man in the car was Stan Dai. It's unclear why the listening device wasn't mentioned in the affidavit. The U.S. Attorney's office for the Eastern District of Louisiana declined my request for further comment.

In 2008, Dai served as associate director of the Intelligence Community Center of Academic Excellence at Trinity Washington University. The ICCAE is funded by the Office of the Director of National Intelligence and charged with recruiting the next generation of spooks. A university official assured Laura Rozen of Politico that Dai was a civilian whose job with the university ended in 2008 when the grant money ran out.

Last June, Dai was a featured speaker on torture and terrorism at a "CIA Day" for students in the Junior Statesmen of America's summer school. The mission of the Junior Statesmen, according to the organization's Web site, "is to strengthen American democracy by educating and preparing high school students for life-long involvement and responsible leadership in a democratic society." The students visited Central Intelligence Agency headquarters in Langley, Va., and then returned to Georgetown for a series of lectures.

According to program notes for the CIA-a-Palooza, Dai also served as an operations officer for a Department of Defense irregular warfare fellowship program before he joined the ICCAE program at Trinity. I called the Pentagon to confirm that Dai had worked in this capacity, but the spokesman told me there was no way to answer that question without knowing which irregular warfare fellowship program Dai purportedly worked for. (Who knew there were so many?)

Irregular warfare is an umbrella term that encompasses everything from counterinsurgency and counterterrorism to military intelligence. If conventional warfare is violence between uniformed armies on the battlefield, irregular warfare is almost a catchall term for everything else. Potential adversaries include guerrilla fighters, as well as international criminal and terrorist organizations. (A classic example of irregular warfare was when CIA operatives recruited Hmong tribesmen to fight alongside Americans in the Vietnam War.) In recent years, there has been an uptick in interest in irregular warfare in various branches of the U.S. military. The CIA's Special Operations Division is often regarded as the preeminent practitioner of irregular warfare.

Still others have speculated that O'Keefe was seeking to uncover some imagined grand conspiracy in light of the special deal Landrieu won for additional Medicaid payments to Louisiana once she agreed to vote to allow the health care bill to come to the Senate floor. (An influx of contractors after Hurricane Katrina had artificially driven up income statistics for that state, forcing federal Medicaid payments down.)

Like the other three suspects, Dai rose through the ranks of conservative campus journalism, writing for the GW Patriot, the alternative right-leaning newspaper published by students at George Washington University in Washington, DC, where Dai went to school.  ...