The Man with the Missing Heart — The ‘Bizarre,’ Unexplained Death of Contractor Chuck Doherty in Iraq

” … While PAE [Pacific Architects & Engineers] said Doherty died from a heart attack, his Iraqi autopsy noted ‘[a] [bleeding] star shaped [sic] blunt wound of 3 cm long … posterior to the top of the head‘ which still has not been fully explained. At only one and a half pages, the Iraqi report … concludes with stating Chuck died of a heart attack.’ There were also witness statements describing a large amount of blood at the scene, ‘not indicative of a heart attack,’ Doherty’s family claims. … “

HOUSTON (CN) – A military contractor in Iraq shipped a worker’s body home in pieces, without the heart, then after “painful negotiations” but “no apology,” tried to charge his family for shipping home the heart, the family claims in court. In addition to the insult and agony, the family of the late Chuck L. Doherty claims, the company made it impossible to collect on life insurance because of the mutilation of the body and the missing heart.

Doherty’s family sued his employers, FrontierMEDEX, and Pacific Architects and Engineers dba PAE Group, in Harris County Court. FrontierMEDEX is a logistics company that provides “proactive medical, safety and security solutions” for clients around the world, according to its website.

“At the time of his death, Chuck Doherty was a 59-year-old architect working as a contractor in Iraq building military installations,” the complaint states. “Prior to his contractor work he was a decorated Navy veteran that attained the rank of commander. After Chuck was honorably discharged from the military, he immediately returned to the private sector to continue the promising career that he began prior to enlisting.

“From June 2008 until his passing, Chuck worked as a project director and site manager for Pacific Architects and Engineers Group Inc. (‘PAE’). Chuck loved the idea of being able to manage projects in the very industry where he had spent so much of his life-the military.”

Doherty worked a grueling schedule for PAE in Iraq.

“By way of example, from July 4 through July 17, 2011, Chuck worked a total of 203 hours, for an average of 14.5 hours a day (including Saturdays and Sundays and the Fourth of July holiday). Chuck worked these hours in the heat of Iraq, when the daily high temperatures averaged 109 degrees Fahrenheit,” the complaint states.

Doherty collapsed in PAE’s on-site cafeteria, but the company “did not even give him a day off,” his family says.

“To simply say that the circumstances surrounding his death are bizarre does not adequately describe them,” the complaint states. “Because Chuck’s family was never provided with credible information regarding his passing, they have been unable to fully and finally determine how Chuck died.

“Had PAE and FrontierMEDEX acted properly, there is little doubt that Chuck’s family would know-to a reasonable degree of certainty-the circumstances surrounding his death. But defendants’ actions confound at every turn. Not only did defendants’ mistreatment of Chuck’s passing cost his loved ones an indescribable emotional toll, but it also cost them financially.

“Chuck’s cause of death was not properly determined, and his family could not properly establish the cause of death for life insurance purposes. All of this occurred despite plaintiffs’ explicit request on the very day that Chuck died that defendants take all necessary actions to preserve Chuck’s remains so that they may be examined by an American doctor of plaintiffs’ choosing.

“In blatant disregard to plaintiffs’ requests, defendants failed to take any measure to properly secure the remains. They incorrectly shipped them around Iraq, allowed them to be mutilated in an autopsy, and essentially returned the body home in two pieces, the body and weeks later the heart and tissue samples.”

Doherty’s family says the importance of keeping his body intact was due to “ambiguity involving his death.”

While PAE said Doherty died from a heart attack, his “Iraqi autopsy noted ‘[a] [bleeding] star shaped [sic] blunt wound of 3 cm long … posterior to the top of the head’ which still has not been fully explained. At only one and a half pages, the Iraqi report’s brevity calls its accuracy into serious question and concludes with stating Chuck died of a heart attack.” (Brackets and ellipsis in complaint.)

There were also witness statements describing a large amount of blood at the scene, “not indicative of a heart attack,” Doherty’s family claims.

After Doherty’s death neither PAE nor FrontierMEDEX seemed to know what to do with his body, his family says.
“The body traveled to Kirkuk because defendants failed to determine that regulations would purportedly not allow Chuck’s body to be repatriated on a military flight,” the complaint states.

“Instead of investigating this before sending his body to Kirkuk, defendants carelessly sent the body, which had to be returned to Erbil for repatriation on a commercial flight. Since 2003, over 2,000 contractors have died in Iraq, the civilian repatriation procedure is nothing new to defendants. FrontierMEDEX’s involvement in this is perplexing in light of its public claims that it is an expert in overseas logistics for the United States Government.

“Chuck’s body would not arrive at his native United States’ soil for eight days, and would not be returned to Dallas for yet another day.

“Shockingly, after claiming that Chuck died of a heart attack Chuck’s body traveled from Erbil to Kirkuk, back to Erbil, and then on to the United States to his loved ones without the very heart that defendants claim failed him. It should go without saying that this very fact would raise questions to any reasonable person as to Chuck’s cause of death.

“On Monday, October 17, 2011, Chuck’s body without his heart was laid to rest at the Dallas-Fort Worth National Cemetery with full military honors. Yet Chuck’s heart was still in Iraq, and would remain there for weeks.”

Doherty’s family says “they were forced to engage in painful negotiations” with the defendants to get his heart back, and when the defendants did find the heart they “offered no apology, but stated that plaintiffs would be financially responsible for its repatriation to the United States.”

They buried Doherty’s heart with his body after they asked Dr. Amy C. Gruszecki, a forensic pathologist in Dallas, to examine it.

“Disturbingly, Dr. Gruszecki notes that a portion of the distal left anterior descending coronary artery was missing,” the complaint states. “Defendants did not explain this discrepancy. Importantly, Dr. Gruszecki noted that there was ‘no evidence of acute myocardial infarction,’ and stated, ‘trauma was unable to be ruled out as a potential cause of death.’

“Because of defendants’ failure to properly preserve and timely return Chuck’s remains, Dr. Gruszecki’s exam left Chuck’s loved ones with more questions than answers and the inability to recover on life insurance policies.”

They are represented by Daniel Thering with Thering McCarley of Frisco, Texas. 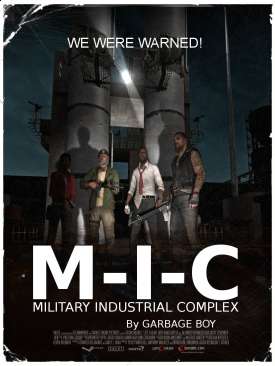