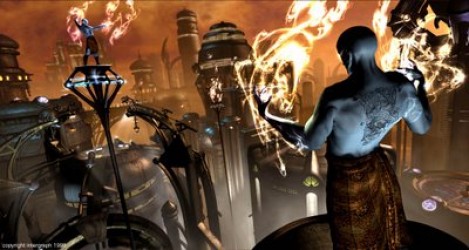 So far, you've run only one name on the manifest. There were 48 other casualties on Flight 5191, and you're curious to know how many with security clearances suffered violent death(s?) by blunt-force trauma and raging jet-fuel fire.

You chose the name Fenton Dawson because it had solid, Southern resonance. This time, you think, we'll draw a typical Anglo-American name: Rebecca Adams.

You are certain there was only one passenger on that plane with connections to CIA mayhem and world-class terrorism, to the upper-tiers of the Republican Party ... and the NSA ... and torture ... right? ... well ... you don't know ...

No black operations, elaborate corporate intrigues, midnight renditions or gun-running this time around - a middle-aged woman from Herrington Lake in Mercer County, and "a mother and a friend worth emulating." Rebecca Adams, the Lexington Herald-Leader reported, "was a great cook, but she would never admit it." Yup. Your mother was the same way, and the domestic familiarity of this is a relief after the 4:00 a.m. jitters the event-filled, mercenary-corporate ACS-CIA Octopus gave you. 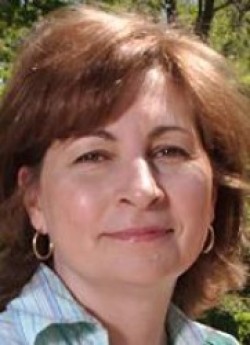 Rebecca Adams was "a lover of words, a wizard at crossword puzzles." You like crosswords, too, and bond to this engaging lady immediately. You examine the photo, the sly, liberating smile, the dazzling eyes. She could be YOUR mother. The service was held at St. Raphael's Church in Lexington. You lower your gaze in sympathy. "Adams' friends, family and colleagues packed the quaint stone church ... to celebrate the life ... of the senior project manager ....

Wha ... What was that? A wave of disillusionment from a distant galaxy passes through the room. You don't like the sound of this ... Intergraph. It has THE ring - hidden sordid intelligence connotations, computers, spy crap. Intergraph? She did crosswords, not cryptograms ...

You can go on or stroll away with a slightly-elevated caffeine level, and NO ONE WILL KNOW, or ... Was there a debate? After a couple of hours on the Internet, you've found no more than one might expect in this Homeland Security era. Some government contracts, sure. Some sort of lobbying scandal in Australia, a pedestrian, par-for-the-course investigation into contract-fixing.

You will continue to scoff at your own suspicions even after the mystery of Rebecca Adams has been settled. Then another name, another secret history - and it is not until then that you accept this was more than an accidental plane crash. You don't seriously believe there's a conspiracy here. But you forge ahead and follow the leads to prove it to yourself. 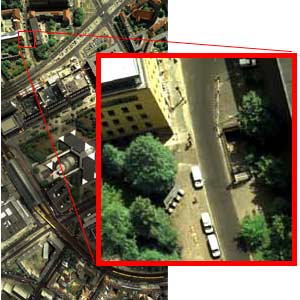 It happens with your first web search of the day. Intergraph's secret history unfolds, as colorful as that of Deason's ACS, involving the CIA, drugs, a fascist takeover of essential national security technology and functions, Wilkes, Wade, Abramoff, a privatization coup in Australia ... you don't know all of this yet, but you're making your approach.

Some obituaries reported that Rebecca Adams worked in the Public Safety Division. This section falls under Security, Government and Infrastructure (SG&I) at Intergraph: "Through spatial software and integration services, Intergraph SG&I provides security, government, and infrastructure organizations worldwide with the power to see and understand vast amounts of complex data. ... "35

This word that keeps recurring in Intergraph sales literature, "spatial," is a euphemism for "surveillance": "As a leading global provider of spatial information management (SIM) software, Intergraph Corporation (NASDAQ: INGR) fuses spatial capabilities to security, helping some of the world’s largest government, military and industrial organizations in more than 60 countries better manage their operations and safeguard their infrastructure."36

Rebecca Adams was a senior project manager. She reported to Ben Eazzetta, president of Intergraph SG&I. Eazzetta joined the company in 2001 at the VP level and was appointed to his current position in 2006. His background includes 12 years at Exxon. In addition to serving on the board of directors of the Open Geospatial Consortium (other OGC board members represent Lockheed, Boeing, Oracle, Grumman, ESRI Inc. and Mitsubishi)37, he is a director of NetGuru, a provider of engineering software products founded in India. He holds a Bachelor's degree in nuclear engineering and a Master's in mechanical engineering from Georgia Tech University.

Prior to joining Intergraph in 2003. French, a Harvard grad, has also served as a strategic planner in the business planning & development group at Walt Disney World. Before Disney, he was an investment banker at The Robinson-Humphrey Co., and managed technology transactions. Mr. French began his career as a Fellow of the Thomas J. Watson Foundation.

Recently, there have been some changes at the top, a recruit from Oracle - the CIA creation. The word "Oracle" itself was a CIA code-word for the classified project that the company founders were engaged in at Ampex.39

"Intergraph Taps General to Lead Business Units - October 18, 2006: Intergraph, a provider of spatial information management software ... has named retired Army Brig. Gen. Jack Pellicci senior vice president of
the company’s Security, Government and Infrastructure division and general manager of the Federal Solutions and Military and Intelligence business units. Pellicci has a wealth of geospatial knowledge and industry acumen following a lengthy career in the Army, where he was director of training and commanding general of the Army Personnel Information Systems Command, according to a company statement. Following his military retirement, he joined ORACLE as group vice president of the company’s global public-sector division. During his time at Oracle, he was a strong proponent of spatial information management, the statement reads. Since 1996, Pellicci has worked on the boards of directors of the Open Geospatial Consortium, the National Defense University Foundation and the United Service Organizations. ... He also earned a master’s in mechanical engineering from Georgia Tech."40

The San Francisco Chronicle reported in May, 2002:

"The CIA was not just Oracle's first customer... Company co-founders Larry Ellison, Robert Miner and Ed Oates worked on Project Oracle at a consulting firm, before striking out on their own. A quarter century later, close to a quarter of the company's revenue – $2. 5 billion a year – still comes from selling software to federal, state and local
agencies. "Oracle wouldn't exist if it weren't for government contracts," said Mike Wilson, author of the book "The Difference Between God and Larry Ellison." Oracle has 1,000 sales and consulting workers focused exclusively on government work. And in the wake of Sept. 11, Oracle is counting on the heightened interest in staving off terrorism to boost its government ties even more.... Ellison even offered to give the federal government software to help create a national ID to thwart terrorists. In a background paper, Oracle boasts that it is 'very active in homeland security.' ... So, perhaps it's fitting that Oracle is making headlines because of concerns over the recent $95 million government contract. Among the allegations are that Oracle persuaded California officials to buy more software than needed ... It didn't help that Oracle handed a $25,000 check to Gov. Gray Davis' technology adviser just two weeks after the deal was signed.... the timing of the contribution raises questions about whether Oracle has tried to help win some of its government contracts by making donations. ... Like many tech firms, Oracle also has tried to boost its political clout at the national level in recent years." Governments keep a lot of records," said Carl Olofson, an analyst with International Data Corp., a Framingham, Mass., research firm."41

The appointment of a CIA-Army general was consisent with the post-takeover period at Intergraph Corp., but you still don't know that and scratch your head at this Oracle connection. So much more to know about Intergraph, the "spatial" technology and the devious role of the CIA in the high-tech private surveillance sector.

39.) "Oracle was the code-name of a CIA project" the founders were engaged in at Ampex. Wikipedia entry,
http://en.wikipedia.org/wiki/Oracle_Corporation