The Lexington Comair Crash, Part 33 A World of Illusion – God, Pestilence & the Roots of Torture at Guantanamo (cont’d) 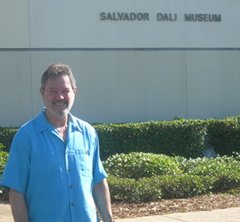 He was born Arnoldo Andreas. His father, the late Peter Andreas, a CUBAN EXILE, was a Tampa (Trafficanté's zone) boxing promoter who changed his name in the States. His son was rechristened Arnold Andrews. At the University of Tampa, Andrews volunteered for a fledgling drug treatment program in St. Petersburg, and ascended through the ranks at several CIA drug-treatment/mind control centers, beginning with The Seed. At the time of his death, Andrews, who'd always been active in the church, was executive director emeritus at Catholic Charities in St. Petersburg, a diocese that has seen its own share of sex scandals.252

Father Christopher Fitzgerald delivered the eulogy at Andrews' funeral: "God and Arnold were good friends, very good friends. They walked together. For many years. ... On that dark Sunday morning, at 6 a.m., they were closer to God's house in heaven than they were to Arnold's house in Tampa ... "

Andrews was an exemplary public servant. He founded San Jose Villas, an 80-unit housing complex for migrant farmworkers in east Hillsborough County, and built homes for the poor – yet he suffered the rats, was surrounded by scabrous CIA-Republican corruption throughout his career, held executive positions at several CIA drug treatment/mind control fronts.

The dual nature of the human beast ...

There is much that he could tell ... but Andrews has left for mortality's nearer house ...

In 1972, NIDA Director Dr. Robert DuPont, says Fager, "administered a whopping $1.8 million contract to an experimental, start-up Synanon for kids-only called The Seed in Fort Lauderdale." NIH funded several programs patterned after the cultic, bizarre Synanon, Inc., "had even started its own experimental Synanon at the federal lockup hospital in Lexington, Kentucky. This program was called MATRIX. Eventually, Dr. DuPont left government service and became a paid consultant for Straight, which had replaced The Seed" after a Senate investigation found that it was engaged in "brainwashing." 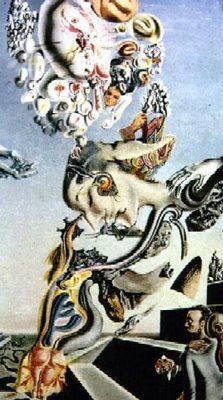 "One feature of [Art] Barker's Seed was the Spanking Machine, where a child's father must publicly whip his kid before the large peer group. Dr. Jerome Jaffe, the first White House Drug Czar, had written the foreward to Dr. Meyers' book which called for caution in the use of Synanon-style screaming matches against kids. Despite this, despite the warnings of so many other notables, despite Art Barker's total lack of credentials [he had a mail-order degree] and less than admirable past, The Seed received a $1.8 million U.S. government grant from the National Institute on Drug Abuse (NIDA) soon after it opened." By 1975 The Seed spread, but "the Senate forced NIDA to require Seed clients to sign a 'risk to human subjects' form as required by NIDA's own policy for grants involving human experimentation. Barker balked at this and lost his bid for an additional federal grant for expansion." 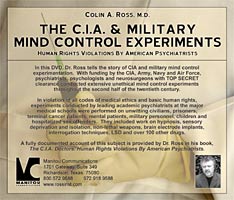 Human experimentation was the furtive mission of The Seed. Fager: "It is important you understand that back in the 1970s Senator Irvin was not conducting a study of The Seed, he was studying any programs funded by the federal government which used drugs, psycho-surgery or thought control on American citizens in possible violation of their constitutional rights. And it was with that purpose in mind that he found out about The Seed. For example, the report discussed a psychiatrist at Georgetown University (where Robert DuPont and Richard Schwartz now teach) who had performed over 4,000 frontal lobotomies using only a serialized ice-pick in a special chair in his office. The pick was trust through the eye and this psychiatrist had shown that he could permanently disable two people at once. The Senate report discussed work done by psychologist James V. McConnell at the University of Michigan who published an article in the May 1970 issue of Psychology Today, titled 'Criminals Can Be Brainwashed-Now.'

"Dr McConnell had spent years training flatworms to go in and out of mazes at his bidding by administering a series of painful electric shocks, now he proposed using similar techniques on prisoners combining sensory deprivation with drugs, hypnosis, and manipulation of rewards/punishment. The report also discussed an Iowa program which injected prisoners with the drug apomorphine for breaking rules like cussing or illegally smoking. Apomorphine cause one to vomit uncontrollably for up to an hour. 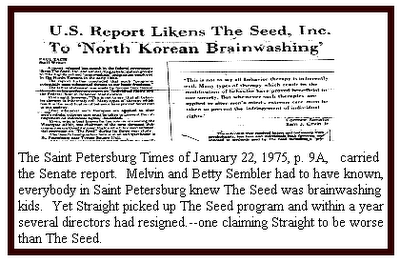 "Another program in a state mental hospital in Vacaville, California evaluated the effectiveness of using Succinylcholine (anectine) as a means of suppressing hazardous behavior [e.g. repeated assaults, attempted suicide]. Succinylcholine when injected intramuscularly results in complete muscular paralysis including temporary respiratory arrest. It avoids, the program boasted, many of the strenuous features which characterize other chemical aversion procedures like uncontrolled vomiting. Sixteen patients likened the experience to dying. Three patients compared it to actual experiences in the past in which they had almost drowned. The majority described it as a terrible, scary, experience. Irvin’s report discussed one experimental California Criminal Justice program in 1971 which was to develop a Maximum Psychiatric Diagnostic Unit (MPDU) designed to hold eighty-four convicts. Another program at Folsom prison was to build four, 21 man cell blocks for a total of eighty-four cells! The Seed just happened to be the only juvenile synanon receiving funds from the federal government that the Senate had felt compelled to investigate because of the rumors of what was going on down there in Florida with that government-backed program."253

The Seed was terminated and supplanted by Straight, Inc., a continuation of CIA mind control experimentation. Straight's board of directors included:

Toni Jennings – a Republican and formerly President of Florida's Senate

Brad Owen – a Democrat and Lt. Governor of Washington state

Alfred Hoffman, Jr. was also on Straight's advisory board. In 1997, Salon's ezine reports, Hoffman, Jeb Bush's finance co-chairman, paid $3-million for a yacht club in Coral Gables purchased from Armando Codina, leader of the Cuban American National Foundation. Armando Codina is a former business partner of Jeb Bush. Salon ezine reports: "American intelligence and law enforcement authorities firmly believed that [one Orlando] Bosch was responsible for ... the 1976 explosion that BROUGHT DOWN A CUBAN AIRLINER [see Lexington Comair Crash, Part 4], killing all 76 civilians aboard, although Venezuelan prosecutors had failed to convict him of that terrible crime." In 1989 Bosch was in prison in America for entering the country illegally, but prominent Miami Republicans, including businessmen with the Cuban American National Foundation, pressured President Bush to pardon Mr. Bosch. President Bush's son Jeb had made a fortune in real estate deals with some of these Cuban exile businessmen who had advocated Bosch's release. George H. W. Bush pardoned Bosch and worked out a deal so he could stay in America despite the Justice Department's desire to have him deported because he had, "repeatedly expressed and demonstrated a willingness to cause indiscriminate injury and death."254 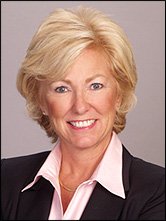 The key director of Operation Par is Susan Latvala. Since the 2000 election, she has been a very busy little Pinellas County commissioner. In 2004, Ms Latvala chaired the Board of County Commissioners. She has been appointed to the statewide Substance Abuse and Mental Health Corporation, is chair of the Mental Health and Substance Abuse Leadership Group in Pinellas County, a member of the local Elections Canvassing Board.255

Her husband, state Senator W. J. "Jack" Latvala, chaired the Florida Young Republicans as a student at Stetson U., and went on to executive directorship of the state Republican Party in Tallahassee. In 1979, Jack Eckerd, chairman of the Florida Republican Legislative Campaign Committee, recruited Latvala and relocated him to Palm Harbor, Pinellas County, to run for the state senate.256 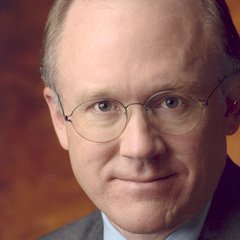 The Robert Wood Johnson Foundation was but a pill-pop away, of course. The Foundation's web site boasts of its Advancing Recovery State Partnership program: "Florida's Department of Children and Families [DCF, headed by Jerry Regier, formerly president of Gary Bauer's Family Research Council], Substance Abuse Program Office (SAPO), has assembled a partnership with the Florida Office of Drug Control, Florida Alcohol and Drug Abuse Association, the Southern Coast Addiction Technology Transfer Center, and treatment providers Operation PAR, River Region Human Services, and Spectrum Programs. The purpose of the program in Florida is to modify the substance abuse treatment system, primarily to increase the use of Naltrexone for the treatment of alcoholism [and]. .... For the primary aim, the State's SAPO will develop guidelines to help providers address statutory requirements for use of Naltrexone. ... "257

Florida's DCF under Jeb Bush has been a travesty:

Arguably the most important appointment of the governor's [Jeb Bush's] tenure -- choosing the person to lead Florida's scandalized child-welfare agency – has proven to be one of the worst decisions that Bush has ever made. A scalding report by the governor's chief inspector general has revealed that high-ranking DCF officials handed out fat and dubious contracts to pals and political cronies, and accepted gifts, favors and lodging from outside contractors. ... "
[To be continued ... ] 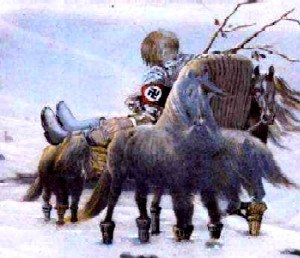 253.) Wes Fager, "Where did it come from? Synanon Church and the medical basis for the $traights, or Hoopla in Lake Havasu."
http://thestraights.com/theprogram/synanon-story2.htm