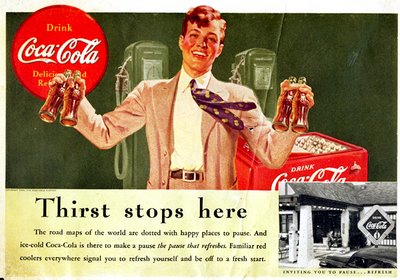 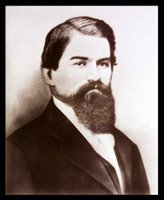 ABSTRACT: Coca-Cola was invented in May 1886 in Atlanta, Georgia by a pharmacist who, by accident or design, mixed carbonated water with the syrup of sugar, phosphoric acid, caffeine, and other natural flavors to create what is known as “the world’s favorite soft drink.” Coca-Cola is currently sold in more than 200 countries and in early 2000, the company sold its 10 billionth unit case of Coca-Cola branded products. Given the worldwide consumption of Coca-Cola, a project of experimental bioassays to study its long-term effects when administered as substitute for drinking water on male and female Sprague-Dawley rats was planned and executed. The objective of the project was to study whether and how long-term consumption of Coca-Cola affects the basic tumorigram of test animals. The bioassays were performed on rats beginning at different ages, namely: (a) on males and females exposed since embryonic life or from 7 weeks of age; and (b) on males and females exposed from 30, 39, or 55 weeks of age.

Overall, the project included 1999 rats. During the biophase, data were collected on fluid and feed consumption, body weight, and survival. Animals were kept under observation until spontaneous death and underwent complete necropsy. The results indicate: (a) an increase in body weight in all treated animals; (b) a statistically significant increase of the incidence in females, both breeders and offspring, bearing malignant mammary tumors; (c) a statistically significant increase in the incidence of exocrine ademonas of the pancreas in both male and female breeders and offspring; and (d ) an increased incidence, albeit not statistically significant, of pancreatic islet cell carcinomas in females, a malignant tumor which occurs very rarely in our historical controls. On the basis of the results of this study, excessive consumption of regular soft-drinks should be generally discouraged, in particular for children and adolescents. 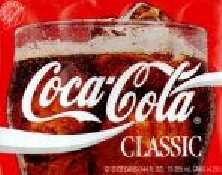 Cancer is one the principal public health problems faced by industrialized
countries, both because of its epidemiological dimension and because of the growing environmental influences behind its increase to today’s epidemic proportions. Diet is often cited as an important factor in the occurrence of cancer; however, influence of diet on health cannot be easily isolated or quanttified given the varied composition of the average diet over a lifetime and the complex mixture of substances present in food. While the overall diet is difficult to analyze, specific nutrients and food components have been implicated both in causing cancer and as protective factors in the carcinogenic process.

There are several sources of food components believed to induce cancer. One is the presence of naturally occur ring substances, such as aflatoxin found in groundnuts and corn. Another potential source of risk are substances which are added directly to food in order to improve its quality, taste, or stability. 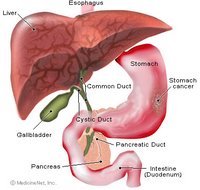 It has long been suggested that total calorie intake may have an important effect on the incidence of cancer. Data by Tannenbaum in the 1940s and 1950s demonstrated that underfed mice developed fewer spontaneous mammary tumors, primary lung adenomas, and chemically induced tumors.1,2 In addition, human obesity has been identif ied as a risk factor for some types of cancer.3,4 Long-term carcinogenicity bioassays on rodents, which reproduce exposure situations experienced by humans as much as possible, is in our opinion, a good approach to study the influence of dietary products on the incidence of spontaneous tumors in a controlled environment.5,6 In an attempt to evaluate the interaction between one such product and tumor incidence in rodents, an experimental carcinogenicity bioassay was performed at the Cesare Maltoni Cancer Research Center (CMCRC) of the European Ramazzini Foundation (ERF). The product tested is a beverage mixture which is both caloric and widely consumed in most of the world –Coca-Cola.

Coca-Cola was invented in Atlanta, Georgia, on May 8, 1886 by pharmacist
John Pemberton. The regular cola beverage contains water, sugar (about 10%
by weight), carbon dioxide, caramel coloring, acidulates, flavoring substances, and caffeine, all of which are approved for use around the world. Today Coca-Cola, recognized as the world’s number one soft drink brand, is cur rently sold in more than 200 countries. In 2001, the company sold its 10 billionth unit case of Coca-Cola branded products.7

The experimental project described in this article was designed to evaluate the long-term effects of Coca-Cola on the spontaneous development of tumors when administered as a substitute for drinking water to Sprague-Dawley rats for the life span.

Since it is known that the age of the animals at the start of the experiment
may affect the possible modulating effects of the test compounds, the project includes experiments performed on groups of male and female breeder rats (30, 39, and 55 weeks old at the start of the experiment), all the offspring of each litter descending from the aforementioned breeders (exposed since intrauterine life), and one group exposed beginning at 7 weeks of age. ...