The Lexington Comair Crash, Part 26: Return of the Bluegrass Conspiracy – Chimes of Freedom 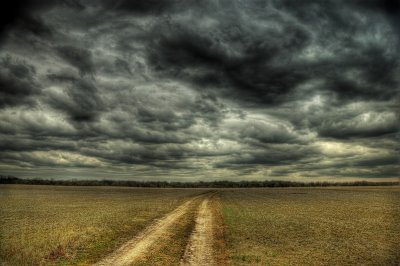 “As the echo of the wedding bells before the blowin’ rain Dissolved into the bells of the lightning Tolling for the rebel, tolling for the rake Tolling for the luckless, the abandoned an’ forsaked Tolling for the outcast, burnin’ constantly at stake An’ we gazed upon the chimes of freedom flashing … ” – Bob Dylan By Alex Constantine The fifth anniversary of 9/11 was only two weeks off the morning Flight 5191 crashed. You could make out the smoke from Will Farish’s veranda when Marcie Thomason’s wedding plans went up in flames … 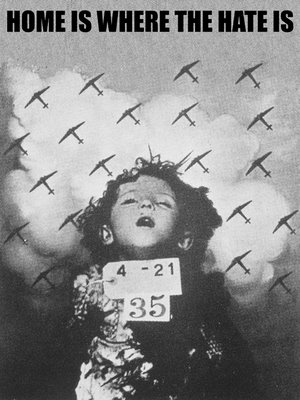 Ralph Emerson’s Law of Conservation holds that corruption is not sustainable – empires degrade and fall. Mussolini loses his head. The deformed beast eventually falls prey to its own internal corruption. Tainted power is illusive … The illusions of 9/11 were scrambled across a hillside near Versailles five years later – 5191 = 5 9/11 – and the pieces scattered in the wreckage, glistening in the morning haze, to find and reconstruct – properly. That message wasn’t lost on the jackals with their blood-stained teeth. And it wasn’t lost around these parts, either. Marcie Thomason travelled in all the wrong places – Mill Ridge Farm (owned by friends of Will Farish), Keeneland (Will Farish is CEO at the track), the Breeder’s Cup (presided over by Will Farish). Doubtless, her phone was tapped. She knew all the wrong people – princes Abdullah and bin Salman, both on close terms with her father and the Chandlers, millionaires and billionaires, politicians, Will Farish … such a world she lived in. The grace and beauty of the horses. Blue grass meadows. Enormous wealth. Saudi royalty. And (Gawd …) QUEEN ELIZABETH visited a friend of the family, Mr. Farish … Her adolescence was a dream of Southern pastoral elegance, diplomats, world oligarchs on a holiday … illusion. The triangulations only take you so far. Was Marcie steered to the prestigious Alvarez & Marsal tax consulting service in D.C. to keep her under supervision? Farish has connections in Washington. You make a note to search for a Farish link at A&M … but even if this proves a dead end, it doesn’t matter now because now you take in the sweep of her life in one moment. Over the years, Marcie saw things at Mill Ridge, overheard conversations between Alice, daddy, Mr. Chandler, bin Salman, Mr. Farish who took an interest in her … the prince was in the news. She couldn’t have missed the interviews – the noted author … with the weasel-like features – Gerald Posner, said that the prince – who spent an awful lot of time with Mr. Chandler and daddy and Alice – was engaged in … She wasn’t trusted. Her dreams perished in flames. Meaningless. Like the executions at Auschwitz. Or the World Trade Center. Bin Salman was central to the widespread misunderstanding that 9/11 was sponsored by the Saudis. The anti-American rhetoric of periodicals under the Saudi Research & Publishing Co. banner is posture, psyop material like the American press, as noted, but this works to Posner’s advantage. There was nothing anti-American, for instance, about this business deal, reported in the business press on Oct. 29, 2003: “The Wall Street Journal and the Saudi Research & Publishing Co. (SRPC) reached an agreement to publish a weekly Wall Street Journal Special Edition inside The Arab News, the leading English newspaper in the Arab world.” Nothing anti-American about that. “The articles in this section will be selected and paginated by the Journal’s global copy desk. The Arab News also will have the rights to select Journal editorial-page articles for publication on its opinion pages. The Wall Street Journal Special Editions [are] published in local language or English in leading newspapers around the world.” By folding it in Arab News, “The Wall Street Journal Special Editions will reach more than 6 million readers in 35 countries through 34 newspapers. The special editions are published in 12 languages. The Wall Street Journal Special Editions began in 1994 with The Wall Street Journal Americas. It is now published in Spanish and Portuguese in 18 newspapers in 16 Latin America countries.” “‘We are delighted that a Wall Street Journal Special Edition will reach so many in the Arab world,’ said WILLIAM E. CASEY JR., vice president of Special Editions for The Wall Street Journal?”193 Birds of a feather psyop together. 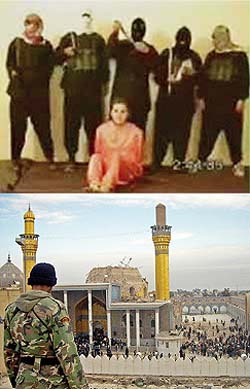 Modern American warfare depends on the military press. The murder of Nicholas Berg, for instance, was a psychological operation that drew on the services of the SRPC. On May 11, 2004, the website of the Muntada al-Ansar, an “arm of AlQaeda,” broadcast a video on a Malaysian web site entitled, “Abu Masab al-Zarqawi shown slaughtering an American.” “Both al-Zarqawi and Muntada al-Ansar,” American news actors said, “are associated with the movement.”194 The execution was said to be retaliation for the “Satanic degradation” of Iraqi prisoners at Abu Ghraib. “This shows the true nature of the enemies of freedom,” Scott McClellan explained to the assembled press. Reporters took dictation. “They have no regard for the lives of innocent men, women and children. We will pursue those responsible and bring them to justice.” But the combined forces of the CIA and Malaysian authorities couldn’t answer the riddle of Al-anser. A few highly-trained intelligence professionals (bloggers), however, tracked them down without too much difficulty: Al-ansar Net 184 High Holborn London, London WC1V 7AP United Kingdom 2078312310 Saudi Research & Marketing (UK) Ltd. is located at 184 High Holborn Street. The Democratic Underground bloggers ran the London address and came up with these results: Al Jamilla, 184 High Holborn, WC1V 7AP (7831 8181); Al Majallah , 184 High Holborn, WC1V 7AP (7831 8181); Arrajul, 184 High Holborn, WC1V 7AP (7831 8181) ; Asharq Al Awsat, 184 High Holborn, WC1V 7AP (7831 8181) ; Hiya, 184 High Holborn, WC1V 7AP (7831 8181) ; Sayidaty, 184 High Holborn, WC1V 7AP (7831 8181) ; http://www.global-london.com/arabic/media.htm “Asharq Al-Awsat daily Arabic newspaper is the leading newspaper in the Arabic World and is the flagship of sixteen publications owned by the Group. Asharq Al-Awsat is published in London by H. H. Saudi Research & Marketing (UK) Ltd. The Editor in chief is Mr Abdul Rahman Al Rashed. The newspaper is printed via satellite in London, Frankfurt, Marseilles, New York, Casablanca, Cairo, Riyadh, Jeddah, Dharan, Dubai, Baghdad and, Lebanon. The London print centre, Satellite Graphics Ltd., is also owned by the Group. Other titles include: Al Majalla (International News Magazine ), Arrajol (Men’s Interest Magazine), Sayidaty (Arab Family Magazine), Hia (Women’s Interest Magazine) and Al Jamila (Beauty Magazine).”195 The Baltimore Sun went with the pack in mustering support for genocide (the kindest word the UN’s final, pre-war report had for it) in Iraq: “Prince Faisal Bin Salman’s brother is one Prince Ahmed bin Salman, owner of War Emblem, winner of the Kentucky derby in 2002. Some six weeks earlier, a high-ranking al-Qaida operative captured in Pakistan reportedly had named him as a go-between linking the terrorist organization and the Saudi royal family.” Seven weeks later, “the prince was dead at age 43. News accounts said he succumbed to a heart attack in Saudi Arabia. His death is deemed suspicious in Posner’s and Unger’s books because the two other alleged intermediaries named by Zubaydah also died within four months of the interrogation. Both were relatives of the prince. One died in a one-car crash on the way to the prince’s funeral. The other was found in the desert, having apparently died of thirst.”196

Editors at the Saudi media group have denounced Posner as an incompetent reporter, but the false dialectic served its purpose, protecting the CIA from exposure. 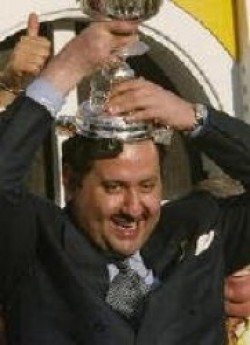 Salman himself was a con artist. Paul Moran, the investigative slice-and-dice racing industry reporter at Newsday, reports that bin Salman directed his reporters at Arab News to announce that he’d been “selected honorary president of the New York Racing Association, the first non-American to hold that prestigious post.” Moran called up the official president of the NYRA, Terry Meyocks, who responded, “There has never been an honorary president of NYRA, Arab or otherwise.”197 He was a natural. After 9/11, the Bush administration went to the trouble of flying the prince and his entourage to Lexington, then to the UK – away from prying reporters. 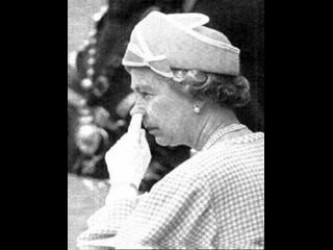 Who did the prince know in the UK? Silly question. Who else would a Saudi prince know well in London but Ambassador Farish’s friend and houseguest – the QUEEN … One of the late bin Salman’s publications (the web site) explains that “Al Bawaba licenses BOTH READY MADE FEEDS (with pre- 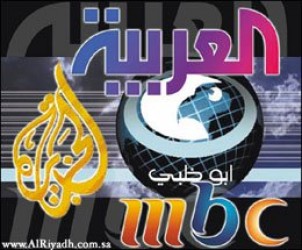 defined areas of coverage and languages) AND TAILOR-MADE PRODUCTS (coverage of specific topics, companies or personalities). The company’s content clients include Reuters, Dow Jones, The Financial Times, Lexis-Nexis, ISI, and many other top information companies.” Oh, and one more client: “Al Bawaba is proud to count .. among its clients H.M. Government – United Kingdom.198 This page has emblazoned upon it the Royal Arms of the British Empire. The Royal Arms are licensed by the Queen (http://www.royal.gov.uk/output/page323.a – “The Royal Arms may only be used by businesses which are holders of a Royal Warrant … The Queen handed the new seal matrix over to the Lord High Chancellor, currently Lord Irvine of Lairg, who is the traditional keeper of the Great Seal.”)199 But today the prince is only a memory. And back in far-off Versaille, the chimes of wedding bells echo in the wind … [To be continued … ] NEXT … 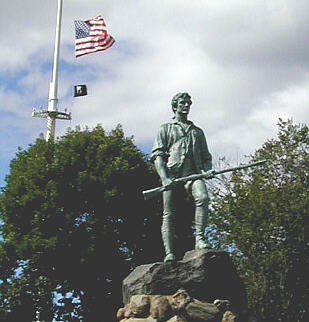 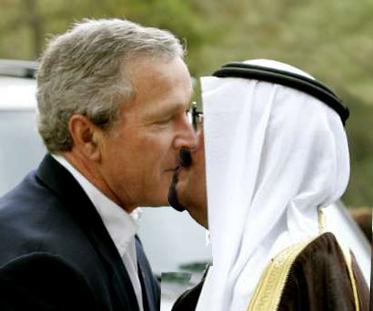