The CIA’s Secret Files on Greece 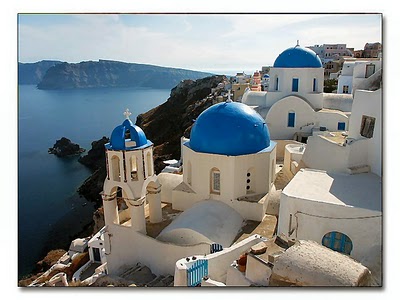 [Greek Text Translated by FBIS] These days, in the storerooms of the US Government Printing Office, in a poor district of Washington, you will find stacks of copies of a book with a wine-colored cover and the title: "Foreign Relations of the United States. Eastern Mediterranean 1964-1968". Under normal circumstances, you would already have been able to purchase it since February 2000, paying something under 50 dollars. What is preventing you? The CIA and the ban it has imposed on its publication.

However, let us take things from the beginning. For many years now, the State Department has established the periodic publication of books with the title "Foreign Relations of the United States". A team of historians undertakes to examine all the US records for a period. The US legislation provides for all files (from the CIA, the State Department, the Pentagon and the White House) to be made public after the passage of 30 years, unless there are serious reasons of national security for keeping them secret. The authorized historians are put to a truth test by the US secret service in order to ensure their discretion. And that is because they get to see even the most classified of documents, such as the transcribed texts of tapped conversations, or the lists of CIA secret agents on the payroll in different countries. The historians select the records which they consider the most significant for studying a period and then... their troubles start. The CIA systematically refuses to declassify top secret documents, with the argument that they may reveal "sources or intelligence gathering techniques", endangering its current activities. Most of the time, Langley imposes its opinions at the cross-service conferences which take place, while on other occasions, it unbearably delays the organization of the files in order to make the historians' lives difficult.

In the case of Greece, it is believed that the volume issued regarding the 1950's does not contain certain top secret information concerning the activities of the CIA station regarding the appointment of Konstandinos Karamanlis [senior] as Prime Minister in September 1955. The US service only permitted the publication of one crucial document, from which it seems that the station chief at the time, Al Almer had specific discussions with the subsequent Prime Minister regarding what he intended to do concerning the Cyprus problem. Also missing from the 1950's is information concerning the decisions of the famous 303 Committee regarding the funding of the EPE [National Radical Union, the rightwing party Karamanlis founded in 1956, which lasted until the junta seized power in 1967] and also of certain centrist parties in the context of the anti-Communist fight of the time. This information exists in the US service's files, but has not been declassified. However, the CIA's historical section has committed a gaffe, when it issued an official history of the service under Eisenhower's presidency, in which there is a list of its successes, with a reference to Karamanlis' rise to power.

On occasions, the CIA is obliged to publish data because of the legislation protecting the Freedom of Information. The author of this article had an experience related to this when he sued the US services for the publication of information concerning the period 1963-1967, which led to the declassification of CIA documents which showed its relations to [Greek military dictator] Yeoryios Papadhopoulos [1967-1973] and the detailed briefing regarding his team before the coup d'etat on 21 April [1967]. The procedure somewhat resembled drawing teeth by hand...

Despite the fact that most documents from the troubled period of 1964 to 1968 have already been declassified, CIA officers, certain diplomats and members of Congress are blocking the publication of the related volume on Greece, Cyprus and Turkey. The volume was printed and has been ready for circulation since February 2000. The competent cross-service committee discusses roughly every quarter on its fate and an excuse is always found for it to remain locked in the Government Printing Office storerooms. In 2000, CIA officers were deliberately delaying its publication, hoping (justifiably) that a Republican government would side with them against the documents being made public.

However, there are also officials in the State Department who are opposed to the volume being issued. In one case, the US Embassy in Nicosia claimed that its publication prior to the Cypriot elections would cause problems.

The US Embassy in Athens was divided. The departed Ambassador Nicholas Burns had sent a written recommendation that the volume be declassified, despite the pressure he was under from his colleagues and, primarily, from the CIA station chief in Greece, who claimed that publishing new information regarding the period 1964-1968 would give a pretext to the terrorist organization 17 November [17N] to justify one of its attacks. A few months ago, a delegation from Congress visited Athens. Burns had arranged to meet with them, however he missed his flight from one of the Aegean islands. The sole senior officer in town was the CIA chief, who undertook to brief the congressmen and to accompany them on their evening out. Among other points, he explained to them that "there is grave danger" through publishing confidential historical documents. The US politicians took his warnings at face value and sent a letter to the State Department asking that the release of the controversial volume be frozen.

The Controversial Documents: They "Point a Finger" at Tom Pappas

Reliable sources estimate that there are two or three documents which have not been made public and which have caused the fight between the US services.

One of these is the recommendation from the US Athens Embassy general staff in September 1965 regarding the funding of an operation for buying up deputies in the Centrist Union for them to support the third government of apostates [referred to in popular leftwing parlance as the "apostaCIA"] under Stefanos Stefanopoulos. The recommendation of the then charge d'affaires Norb Anschutz evidences in the clearest of manners the role of the CIA backstage. The volume also contains the response from the White House 303 Committee, which rejected Anschutz' request, with the argument that "the Greek-Americans who are pressuring you for the operation to be implemented, certainly have the amount you refer to (more than 400,000 dollars) in order to finance it themselves". According to all indications, this reference points a finger at the well-known businessman Tom Pappas [Treasurer of the Republican Party, with major investments in Greece], who also played a decisive role in developments at the time.

No-one can foresee with certainty if and when the volume containing all this information will be released. Some people believed that it would be released in August during... the mass vacations, so that there would not be too much fuss, others think that it should circulate before [Ambassador designate] Tom Miller arrives in Athens. In any event, everyone who has read it believes that there is much ado about nothing, because most of the information for the period 1964-1968 has already been made public and the additional documents are not such as would provoke a fresh attack from 17N. Besides, a veteran US diplomat claimed that "even if we had nothing to hide, the CIA's behavior reinforces the suspicion and the certainty that we are trying to keep some sinful skeletons from the past buried."