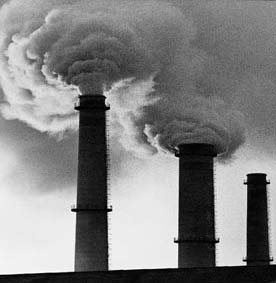 Media-directed voters outdid themselves in November 2010 by electing to the nations’ capitol a clutch of corporate puppets who appeared for all the world to be Birchers. The Tea Party was grist for late-night cable ridicule, made to order, but took the House anyways on the basis of gaseous rhetorical promises, repetitious use of the word “Constitution,” and a generous larding of Birch-style jingoism.

Nowhere was hoax more evident than in the House Energy and Commerce Committee – cherry-picked by the notorious Koch brothers to gaslight us all.

According to the Los Angeles Times on Feb. 6, 2011, “Koch Industries and its employees formed the largest single oil and gas donor to members of the panel, ahead of giants like ExxonMobil, contributing $279,500 to 22 of the committee’s 31 Republicans, and $32,000 to 5 Democrats.”

And what, pray, would the priorities of the Koch brothers’ committee be?

Giving their benefactors anything they desire, of course: “Nine of the 12 new Republicans on the panel signed a pledge distributed by a Koch-founded advocacy group – Americans for Prosperity – to oppose the Obama administration’s proposal to regulate greenhouse gases.” Six of Koch’s chosen sat on the panel. Brandishing lies and a “mandate,” they cobbled together an agenda approved by Koch Industries.

The Times: “The new committee members include a congressman who has hired a former Koch Industries lawyer as his chief of staff. Another, Rep. Morgan Griffith of Virginia, won a long-shot bid to unseat a 14-term moderate Democrat with help from Americans for Prosperity, which marshaled conservative activists in his district. By some estimates, AFP spent over a quarter-million dollars on negative ads in the campaign. … ”

The Kochs’ most surprising ally on the committee was its new chairman, Rep. Fred Upton. The Republican from Michigan, who was once criticized by conservatives for his middle-of-the-road approach to environmental issues, led the effort to rein in the EPA. …

Upton received $20,000 in donations from Koch employees in 2010, making them among his top ten donors in that cycle, according to the Center for Responsive Politics. Last week the chairman released a draft of a bill that would strip the EPA of its ability to curb carbon emissions. The legislation is in line with the Kochs’ long-advocated stance that the federal government should have a minimal role in regulating business. In addition, the Kochs’ oil refineries and chemical plants stand to pay millions to reduce air pollution under currently proposed EPA regulations.

Now that media-programmed American voters have “mandated” yet another far-right nightmare (all right, they couldn’t see the worst president in history coming, but casting ballots for Big Oil’s Tea Baggers was inexcusable), strap in for a snoot-full of industrial waste: “The brothers [are] known as hard-liners unafraid to take on conservative icons – even President Reagan and the American Petroleum Institute – whom they occasionally perceived to be too accommodating to liberal interests. … ”

Other GOP players: Rep. Mike Pompeo from Koch Industries’ home state of Kansas. He started up an aerospace firm with a massive stake from a Koch subsidiary. His chief aide is Mark Chenoweth – formerly a Koch attorney. Also Phil Kerpen, vice president for policy at Americans for Prosperity.

The change on the committee is “like night and day,” opined Jeremy Symons, senior vice president of the National Wildlife Federation: “In the past the committee majority viewed the Clean Air Act as an effective way to protect the public. Now the committee treats the Clean Air Act and the EPA as if they are the enemy. Voters didn’t ask for this pro-polluter agenda, but the Koch brothers spent their money well and their presence can be felt.”

The GOP sneers at such critiques, so much liberal sniping and conspiracy theory. The New York Times hollers, “Clean Air Under Siege.” Welcome to the real Tea Party, a far cry from the jingoistic PR Bircher’s Bible crusade that tickled Jon Stewart in the last election campaign hoax cycle.

Todd Harrison, a partner in Patton Boggs’ New York office and a former state and federal prosecutor, is joining the Republican staff of the U.S. House Energy and Commerce Committee. Harrison will be the committee’s chief counsel for oversight and investigations. …

NPR/Fox News propagandist Cokie Roberts is the daughter of a PB partner, Hale Boggs, the House majority leader who disappeared in a plane somewhere near the Chugach mountains in southeast Alaska in 1972. So there may be some small justification for conspiracy talk from the left here – Boggs disappeared after inquiring into a proposed, highly illegal Nixon-era mass surveillance program code-named “Operation Octopus.”

The press release on the Harrison appointment notes that Harrison had conducted investigations of considerable scope. He was hired by Patton Boggs in 2008, and “specializes in white-collar defense, investigations and compliance. He previously spent six years as an assistant U.S. attorney in the Eastern District of New York, where he was deputy chief of the violent crimes and terrorism section. He was also an assistant district attorney in Manhattan. Among the cases he’s handled was the trial of Shahawar Matin Siraj, whom a federal jury in Brooklyn convicted in 2006 of conspiracy and other charges for an attempt to bomb a subway station.”

That conviction has been hotly disputed by naive, “liberal” critics of New York’s legal system with silly concerns like civil rights and the increasingly-elusive fair trial concept.

The press release continued: “… In private practice, Harrison’s clients have included Ford Motor Co. in a case about environmental contamination resulting from the reuse of crushed concrete from a closed Ford plant.”

This is the sort of professional experience the newly-formed House Energy and Commerce Committee is looking for – unquestioningly pro-corporate, willing to shrug off environmental destruction to protect the client’s bottom line.

And the leading clients of the Tea Party Energy and Commerce Committee are two Koch brothers. The rest of us are talking so much liberal twaddle. (If the GOP has its way, many of those who are cancerous as a result of Republican environmental ravaging will have no health care coverage.)

Wicked toxic pollutants this way come – the Kochs, sons of a Bircher, bought an energy committee and rule the air we breathe. 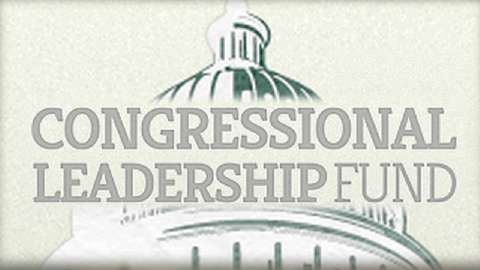