” … As the US corporate media fell in line, the CIA filled the streets of Guatemala with anti-Arbenz propaganda. This strategy of propagandizing both the American Public, and the people of whatever country the US is targeting, has been repeated again and again. … Control of public opinion has been one of the most vital components to US regime change efforts from the beginning. …”

A History of the CIA, Coups, and Assassinations

A common line of argument from the contemporary American left is that “socialism has never been tried.” It’s understandable that Western socialists would make this argument to members of the US proletariat, who have been deeply affected by years of red scare propaganda. This argument however, ignores the millions who have struggled and died in an effort to move beyond the contradictions of capitalism. It diminishes the herculean effort which was needed to transform Cuba from an agrarian society, managed by Western multinationals and their dictator Batista, into its current form, a Nation who recently sent an army of doctors all around the globe to fight Covid. Most importantly, this argument that socialism has never been tried, ignores the role played by Western imperialism in destroying, or attempting to destroy, any and all attempts at building an alternative economic system to capitalism. What Vijay Prashad does in Washington Bullets, is concisely detail just how the US and their allies go about crushing economic and political enemies. The book serves as a guide for a younger generation of socialists to understanding the tools and techniques of the imperialists, which have for years been used to maintain what US officials have called ‘Preponderant Power’, or in other words, economic, political, and military domination of the entire planet…

​Part Two of Washington Bullets begins with a nine point manual on how the US goes about enacting regime change against those who defy their interests. Prashad uses the events of the 1954 CIA backed coup of Jocobo Arbenz in Guatemala, and a myriad of other examples, to describe the repeated strategies used by the CIA, and other regime change arms of the US State Department. There are patterns of imperialism which play out again and again. Understanding these patterns is vital when analyzing what the State Department is currently looking to do to their enemies such as China, Venezuela, and Iran.

The first step in any US regime change effort is to manufacture public support for intervention. This involves a propaganda campaign not just at home, but also within the target Nation. Prior to the coup in Guatemala, journalists from NYT, Chicago Tribune, and TIME all received payments from the United Fruit, the multinational company which dominated Guatemala. In reality Arbenz was a popular leader who sought to enact minor land reforms. In the media he was portrayed as a dangerous communist, drunk with power. As the US corporate media fell in line, the CIA filled the streets of Guatemala with anti-Arbenz propaganda. This strategy of propagandizing both the American Public, and the people of whatever country the US is targeting, has been repeated again and again. Libya, Syria, and Venezuela have all seen money from the West used to bolster right wing media campaigns inside their borders. Control of public opinion has been one of the most vital components to US regime change efforts from the beginning.

Step four in Prashad’s manual of regime change is to “Make the Economy Scream.” A reference to directions given by Henry Kissinger and Richard Nixon to the CIA in 1970, as the US looked to overthrow the Democratically elected Salvadore Allende in Chile. Here we see a vital component of what Prashad calls ‘hybrid war.’ Isolating from the world those Nations who seek to develop themselves, and reclaim their own natural resources. Sanctions and blockades are used to starve smaller nations of financing and trade, as corporate media outlets point and say “look. Don’t you see socialism clearly doesn’t work?” US sanctions recently led to many deaths in Venezuela and Iran during the Covid-19 pandemic, as the US has continued their murderous regime change efforts, with techniques they designed almost 70 years ago.”

You can read the full review at CounterCurrents 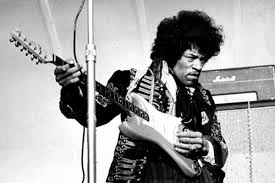