A bipartisan group of lawmakers introduced legislation Thursday to strip suspected Nazi war criminals of their Social Security benefits, insisting American taxpayers should not be underwriting the retirement of anyone who participated in the Third Reich's atrocities. The Nazi Social Security Benefits Termination Act comes in response to an Associated Press investigation published in October that revealed millions of dollars in benefits have been paid to dozens of former Nazis who were forced out of the United States. At least four are alive, living in Europe on U.S. Social Security.

The legislation would end benefits for Nazi suspects who have lost their American citizenship, a step called denaturalization. U.S. law currently requires a higher threshold — a final order of depoJrtation — before benefits can be terminated. A companion bill to close this so-called loophole was introduced in the Senate.

Mike Long, a spokesman for House Majority Leader Kevin McCarthy, said "we're eager to get this done" during the lame-duck session that will last until a new Congress begins in late January. 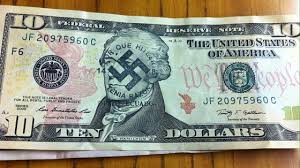 "Our bill will eliminate the loophole that has allowed Nazi war criminals to collect Social Security benefits," Rep. Carolyn Maloney, the bill's main sponsor, said in a statement. "We should work in a bipartisan and expeditious manner to terminate these benefits once and for all."

Republican Reps. Jason Chaffetz of Utah and Leonard Lance of New Jersey joined with Maloney to introduce the legislation. There are 11 other co-sponsors.

"This is a matter of principle," Chaffetz said. "Taxpayers should not be funding the retirement of war criminals."

The Senate bill is sponsored by Sens. Bob Casey, D-Pa., Chuck Schumer, D-N.Y., and Bill Nelson, D-Fla. The White House and the Social Security Administration have signaled support for denying benefits to former Nazis. The Justice Department said it is open to considering proposals that would terminate the Social Security payments.

"This legislation is long overdue, and we are pleased that lawmakers in Congress are taking this seriously," said Abraham H. Foxman, national director of the Anti-Defamation League.

The legislation specifically targets individuals who were denaturalized because of their roles in the Nazi persecution or lost their citizenship through a settlement agreement with the Justice Department. The bill requires the Justice Department to notify the Social Security Administration of their identities and locations so the agency can shut off their benefits. The Justice Department and Social Security Administration also would be required to submit a report to Congress six months after the bill's enactment identifying the total number of individuals found to be participants in the Nazi persecution and the total number of individuals whose benefits were effectively revoked.

The Social Security Administration has refused the AP's request for the overall number of Nazi suspects who received benefits and the dollar amounts of the payments.

The AP in October appealed the agency's denial of the information through the Freedom of Information Act. The appeal also cited several concerns about the Social Security Administration's handling of the FOIA request, including the agency's decision to change the request "in a manner serving both to undercut AP's inquiry while simultaneously sparing the SSA from having to disclose potentially embarrassing information," the Oct. 16 appeal said.