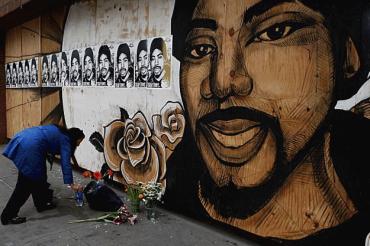 A bare minimum sentence of two years for the police killing of unarmed Oscar Grant falls short of fairness and justice. But it's no reason for the violent protests and vandalism that followed earlier stages in the polarizing case.

The prison term handed down by Judge Robert Perry in Los Angeles where the case was heard means that BART police Officer Johannes Mehserle may be out in a year after counting time already served in Jan. 1, 2009, shooting. The judge went with the lightest punishment possible on an involuntary manslaughter conviction and tossed out a verdict on gun use that would have added extra years.

Mehserle's action was a crime, more than an error in judgment or an accident. Still, the jury verdict in July fit the evidence presented in the case. Mehserle shot Grant, who was pinned down on a train platform and no threat to the officer, but there was no indication the officer meant to kill.

Mehserle's defense did stretch credibility. Worried that Grant was armed, the officer reached for his Taser stun gun and by mistake pulled his service weapon, which he used to shoot the detainee. This explanation took several days to emerge after the shooting, but it convinced the jury that Mehserle acted impulsively.

The power of this case - a white cop killing a young black man - led police to mobilize for trouble and merchants and offices to close early. It would be a shame if the case and the issues of fairness and justice were overshadowed by broken glass and street arrests.

Instead, the case should be remembered as an instance of poor judgment, inadequate training and a sentence that doesn't reflect a serious crime.