Cancer » Scientists Once Again Question the Safety of Aspartame

Scientists Once Again Question the Safety of Aspartame

Artificial sweeteners found in diet soda and yoghurt, which are consumed by millions daily, can raise the blood sugar level instead of reducing it, according to a new study published by the scientific journal Nature. The study squarely contradicts a 2013 opinion by the European Food Safety Authority (EFSA), which concluded that the sweeteners posed no risk for consumers.

Light products with artificial sweeteners are often recommended for people with diabetes.The research, which involved experiments with people and mice, shows that food additives such as saccharin, sucralose and aspartame are linked to to the production of bacteria in the gut, and can trigger unwanted changes, such as higher blood glucose levels.

This is a risk factor for diabetes. Researchers found that mice whose diets included the three mentioned sweeteners had higher blood-glucose levels than mice whose diet included sugar, or no sugar at all.

The study brings together two separate areas of research: the role of sweeteners in raising blood sugar levels, and the complex workings of the vast colonies of bacteria in the gut.

The problem is that individual stomachs hold different bacterial colonies due to different combinations of genes, meaning that they respond differently to what they consume. What is dangerous for some, might not be for others, and vice versa.

Though the researchers still don't know what causes the imbalance in bacteria populations, they say that several types of bacteria, associated with type 2 diabetes, changed after the consumption of artificial sweeteners.

In December 2013, EFSA said aspartame and saccharin pose no risks to the general population. After considering the results of hundreds of studies, EFSA concluded “that aspartame and its breakdown products are safe for consumption". EFSA even urged the European Commission to strengthen consumer confidence in the additive.

The amount of aspartame one person can consume per day, or ‘acceptable daily intake’ (ADI), is currently at 40 milligrams per kilogram (of food). There was no reason to revise this ADI, EFSA argued. 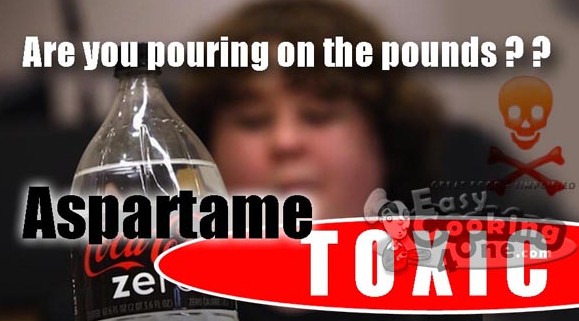 Aspartame has been reassessed six times since it was first authorised for use in the EU, in 1994.

In 2010, public mistrust towards the artificial sweetener peaked after two studies linked aspartame to the development of cancers in mice and to premature childbirth. As a result, the Commission asked EFSA to fast-track its re-evaluation of aspartame, which was originally up for scrutiny only by 2020.

"As with all new published data, EFSA decides over time whether this should be presented for the food safety panel for reading," EFSA spokesperson Steve Pagani told the Denmark's Jyllands-Posten.

"In the panel's risk assessment of artificial sweeteners from 2013, EFSA's expert panel considered whether these could be linked to higher risk of type 2 diabetes. The panel concluded that more research was needed in order to confirm or reject the hypothesis that aspartame and other sweeteners affect the blood sugar level in humans," Pagani continued.