American Terrorism » Ronald Reagan and the Infantilization of American Politics

Ronald Reagan and the Infantilization of American Politics

How Ronald Reagan turned America into a nation of children

A new book on the rise of modern conservatism argues that Reagan's rhetoric infantilized our political culture — with devastating consequences.

If you only manage to read one big book of political history this year, make it Rick Perlstein's The Invisible Bridge: The Fall of Nixon and the Rise of Reagan. The third in a series of phonebook-sized tomes tracing the ascendency of the conservative movement since the early 1960s, The Invisible Bridge devotes over 800 pages to three years (1973 to 1976), with lengthy (and highly disparaging) digressions into Ronald Reagan's biography thrown in for good measure. These were the years leading up to and including Reagan's (nearly successful) effort to unseat a president of his own party (Gerald Ford), and Perlstein makes a powerful, intellectually bracing case for treating them as critically important for understanding much that has followed in American politics and culture.

Not that Perlstein's account is flawless. As with his previous books, Before the Storm andNixonland, the enormous size of The Invisible Bridge and its density of historical detail are mixed blessings. Many of his often obscure anecdotes are marvelously apt and delightfully fun to read. And he is a master of making bold and unexpected connections among political, social, and pop cultural events. (The box-office smash Jaws spoke to a country in which fear was both hidden and seemingly everywhere, "consuming everything," while the hit TV sitcom Happy Days nostalgically conjured a 1950s world of national innocence that he tartly notes was "especially popular among children.") On the other hand, the seemingly endless flood of facts can be numbing at times, with the reader sometimes left groping to find the thread of the argument or the story to which they are presumably invoked to advance.

Then there's Perlstein's political agenda, which also harms as much as it helps. On the positive side of the ledger, his explicitly stated left-liberal commitments give his writing an edgy, polemical swagger often missing in stuffier histories written by academic scholars striving for a level of objectivity far above the political fray. Perlstein thinks the story of America in these years is terribly important, and that urgency permeates the book, making it read at times like an elaborately plotted murder mystery in which the victim is none other than America's soul. The intensity is often infectious.

But it can also lead to distortion. Perlstein's subject is conservative ideas and their impact on political reality. But he is so utterly unsympathetic to those ideas that he finds it impossible to see them as anything other than expressions of animus and anxiety, and an outgrowth of a childish refusal to face and accept the moral and historical complexity of the world.

Sure, that's part of the story. But does he really think that's the whole of it? In implying that he does, Perlstein ends up wandering at least partway down the same gloomy path that Corey Robin exhaustively charted in his thoroughly unhelpful history of conservative ideas, The Reactionary Mind. Neither author finds anything particularly insightful or useful in the ideas they've devoted themselves to exploring and examining.

That would be fine if it didn't result at times in tendentious, one-sided history. Take Perlstein's treatment of the neoconservative intellectuals who (unbeknownst to them, of course) were in just these years laying the groundwork for what would become the Reagan Revolution's domestic policy agenda. Perlstein mentions the crucially important neocon quarterly journal The Public Interest on just two pages of his book, and he has little to say about it beyond noting that it was "inaugurated in 1965 and financed by a former CIA agent who was now a stockbroker."

One wonders: Does Perlstein think the neocons ever had a point about anything at all? Were there any Great Society programs that called out for reform or repeal? Did economic or environmental regulations ever produce unintended negative consequences? Were any cultural consequences of the 1960s worthy of concern or even ambivalence? Or did the neocons automatically demonstrate their intellectual fraudulence merely by raising objections to liberal policies and expressing ambivalence about cultural trends?

To concede the validity of some of what the neocons were saying in these years would imply that the Reagan Revolution was not entirely worthless, not entirely an expression of cultural resentment and a desperate, childish attempt to evade reality. That would make for a less cogent polemic but a better work of history.

Which isn't to imply that The Invisible Bridge should be judged entirely by standards set by historians. For my money, its most interesting and worthwhile contribution may be found in those passages that strive to make broader political and moral claims, especially about the troubling character of American patriotism — in the mid-1970s, but also before and since.

As I noted in my critical (but sympathetic) comments about Ta-Nehesi Coates' extraordinary essay in defense of slavery reparations, patriotism comes (roughly speaking) in two forms. All political communities — from city states to nations to transnational empires — inspire and cultivate attachment on the part of citizens. This attachment — love of one's country — is an outgrowth of the natural "love of one's own" that shows up in love for oneself, love for one's family and friends, and love for one's neighbors. To be patriotic in this sense is to love your country because it is yours and for no other reason. 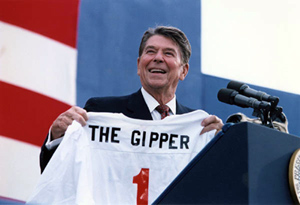 But some political communities go further, to uphold an ideological form of patriotism that treats the nation's goodness as an intrinsic quality that deserves to be recognized by all, citizen and non-citizen alike. In Thucydides' History of the Peloponnesian War, Pericles talks this way about ancient Athens. Imperial Great Britain and post-revolutionary France often thought about themselves in similar terms. And then, of course, there's the United States and its ideology of American exceptionalism, which goes back, in rudimentary form, all the way to colonial New England.

Like many dissenters and critics down through the centuries, Perlstein thinks the ideology of American exceptionalism is delusional. But he also suggests that its grip on the American imagination briefly loosened in the years covered by his study. Thanks to military humiliation in Vietnam, the Watergate scandal, an epidemic of political violence (assassinations and terrorism), and a steady drumbeat of press reports about America's morally dubious actions around the world, the nation finally began to "reflect critically on its power, to shed its arrogance, to become a more humble and better citizen of the world — to grow up."

The American people were poised to begin fashioning "a new definition of patriotism, one built upon questioning authority and unsettling ossified norms." Until Ronald Reagan came on the scene, that is. This master of "turning complexity and confusion and doubt into simplicity and stout-heartedness and certainty" encouraged his fellow citizens "to think like children, waiting for a man on horseback to save them."

It was nothing less than "a tragedy" — one that has deepened over subsequent decades, as the American people have allowed themselves to be lulled to sleep by patriotic fairy tales. Meanwhile, a "cult of official optimism" has turned unconditional expressions of American exceptionalism into a cornerstone of political rhetoric. As soon as a public figure suggests even a slightly more nuanced take on the country's history and actions, he opens himself up to charge of "apologizing for America." And so Democrats and Republicans alike trip over themselves coming up with new and better ways to say what Mitt Romney repeated countless times in his 2012 stump speech: "America is the greatest nation in the history of the earth."

I share Perlstein's irritation with the prevalence of self-congratulatory bromides in our politics and his disgust at the "shallowness of the flag-wavers." I agree with him that some of our worst foreign policy mistakes (including the Iraq War) have followed from taking such rhetoric far too seriously. I also join him in greatly admiring the popular art that America produced in its brief mid-70s flirtation with wrenching self-doubt.

Yet I can't help wondering if it makes sense to hope or expect that any political community — let alone one that for the better part of four centuries has imagined itself as a City on a Hill and a Light unto the Nations — would embrace the deeply self-critical form of patriotism that Perlstein thinks Ronald Reagan murdered in its crib sometime during 1976. Even non-ideological patriotism is, after all, a form of self-love. What Perlstein seems to want is something closer to self-laceration.

More realistic and also truer to the decidedly mixed historical record might be a form of patriotism that promotes a deep and abiding love of country — but moderately. That would look and sound quite a bit different than the "perpetual utterance of self-applause" that Reagan liked to indulge in and encourage. But it would also insist on tempering the relentless focus of Perlstein and so many of his left-wing compatriots on our national faults, failings, and crimes.

In his best speeches, Barack Obama has sought to stake out just such a moderate position, cultivating a form of national self-love that is complicated by criticism. That the right has nonetheless attacked him unremittingly for expressing insufficiently unambiguous patriotism is yet another reason to read and ponder Rick Perlstein's illuminating and deeply troubling book.