We expect that, by now, Baldwin has packed, has his visa in his pocket and is headed for LAX …

Stephen Baldwin On Fox News: If Obama Wins, I’ll Leave The Country, /www.huffingtonpost.com: “What is freaky to me is the media and Hollywood is so convinced that Middle America and mainstream America cares what it thinks,” the actor tells Laura Ingraham …

How to Succeed in Hollywood Without Really Trying

Stephen’s brother Alec explains: “Stephen’s been fairly apolitical for a long, long time. Then he embraced a born-again Christian faith, which is very near and dear to him and very real for him. As a result of that, of course, certain operatives of the Republican Party came to him and said, `Why don’t you come on over and join our unit of spokespeople who are show business?’

“Alec, who starred in the 2003 film “The Cooler,” said he told Stephen: ‘When they are done with you, they are going to throw you in the wastebasket.’ … “

In September 2006, Baldwin released a book titled The Unusual Suspect, which details highlights from his personal life, career, days of drug abuse and ultimately his conversion to Christianity. In the same year he, Mario D’Ortenzio, and Bobby Brewer founded Breakthrough Ministries which was designed to utilize extreme sports as a ministry via arena tours which were referred to as AsSalt Tours and featured extreme sports celebrities with Christian Hosoi being the most notable. Breakthrough Ministries was disbanded in late 2008 and relaunched under the name Antioch Ministries with the stated purpose of existing “to facilitate the gifts and calling of Stephen Baldwin.”

In August 2007, Baldwin was back on television when CMT cast him in Ty Murray’s Celebrity Bull Riding Challenge, one of nine celebrities cast. In the first episode, Baldwin was injured in a bad fall from a wooden pontoon, breaking his shoulder blade and cracking a rib. Under doctor’s orders, he left the show in the second episode.

From January-March 2008, Baldwin appeared on Donald Trump’s Celebrity Apprentice, Season 7, on NBC. Baldwin end-up being fifth, out of the 13 celebrity contestants.

Baldwin has teamed up with conservative Christian talk-radio host Kevin McCullough and put together a weekly radio show called, “Baldwin/McCullough Xtreme Radio,” airing on 21 stations across the country. …

Baldwin became a born-again Christian shortly after the September 11 attacks. Since converting, he has sought to evangelize young people through projects such as The Breakthrough Ministry which involves skateboarding and extreme sports, Christian rock concerts, laser light shows and fireworks.

As a political conservative, he was an outspoken supporter of the McCain-Palin presidential ticket for 2008, after Mike Huckabee dropped out of the presidential race. On October 30, 2008, Baldwin made an appearance on the Ron and Fez Show where he gave subtle hints that he believed that Barack Obama may be the Antichrist after an epiphany he had during an intense period of prayer and meditation, but was told by the Holy Spirit that his revelation is not to be spoken of. Baldwin pledged he would leave America should Barack Obama win the Presidency. Stephen later claimed he was joking when he made the pledge, supposedly poking fun at an Alec Baldwin statement made in 2000 regarding Bush.
•••
Stephen Baldwin Disses Obama, Promotes Christian Comic Book
blogs.villagevoice.com
January 19, 2009

“If you go to Barnes & Noble, and you go to their Christian section, whatever they have that’s comic books is just so vomitously lame,” says actor Stephen Baldwin as he describes the process that led him to develop “The Remnant,” his new comic book, which he describes as “like ’24’ with mythology.”

Over coffee Baldwin discusses the perils of Christian entertainment and how he hooked up with Boom! Studios to produce The Remnant, which follows CIA operative David Sacker through a tale of mystery and the paranormal. “There’s nothing in the Bible that says we can’t have stuff that’s legit and cool,” said Baldwin.

Moments earlier Baldwin was signing copies of his books just around the corner at Jim Hanley’s Universe, where he joked with fans and discussed (off the record) a potential BioDome sequel. Baldwin had initially conceived The Remnant as a television project, but is completely blown away by how well it works as a comic. He hopes the comic will serve as the blueprint if the Sacker story finds life in other media.

The Remnant’s press kit suggests that the Baldwin character is a CIA agent who is getting divorced and, while talking to his second-wife-to-be about her “bikini shopping,” is caught in an mysterious disaster, from which someone in a different-colored jacket will be rescued by a mysterious stranger.

“So many times when a book comes out in television or film, it’s when they get away from the book that all those millions of people who read the book say the movie sucked,” said Baldwin. “They should have left it like the book.” Baldwin adds that people are starving for good entertainment, declares that most television is awful and predicts that we’re not too far away from seeing the internet practically eliminate network TV as we know it today.

“In ten years, most people will be getting their television series entertainment on their computers,” said Baldwin. “And it’ll be guys, just like you and me, making TV shows with our stupid little web cameras.”

Baldwin is one of the more recognizable Christians and Republicans in Hollywood, and is often the go-to guy when it’s time to book a notable righty on a cable talk show. He is no fan of President-Elect Barack Obama, whom he feels has misled the country and tricked his way into office. “What freaks me out is, the guy just blatantly said whatever he had to to get in. Which is great. He’s a smart guy. He probably has good intentions,” said Baldwin, who added that he does believe the economy will improve under Obama and is excited about the historic, race barrier-shattering nature of his election.

“He’s playing politics,” said Baldwin, who was also upset with the allegedly astronomical costs of Obama’s inauguration celebration (“Give it to the homeless”) and does not believe that Obama and incoming First Lady Michelle are real Christians, as evidenced by their handling of the Rev. Jeremiah Wright scandal. “Be honest,” said Baldwin. “Don’t say I wasn’t there those days. Don’t say I didn’t know those things.” Baldwin said Obama should have explained that he agreed with Rev. Wright’s teaching of the Bible, but disagreed with the negative statements. “He didn’t do that. He covered his ass to win the election.”

If John McCain was anything, said Baldwin, he was honest, unlike Obama. “I’m not cool with the fact that this guy has sold the American people a promise,” said Baldwin. “I believe this guy has made America a promise, and he had his fingers crossed behind his back.” Still, Baldwin said he’s praying for Obama and his family, and wants him to be successful. “I just don’t believe that he means what he says.”

Another place where Baldwin is able to vent his presidential frustrations is his radio show, which he co-hosts with Kevin McCullogh. Baldwin talks about future topics for the show, such as the prevalence of pole dancing classes in exercise clubs with almost zero recognition that the pole came out of the strip club. “Nobody’s looking back at the origin of it,” said a laughing Baldwin, further describing his personal crusade to make Christian entertainment accessible and, dare he say it, cool.

“Nowhere in the Bible does it say I can’t do a fun, funny, entertaining talk show and be a Christian,” said Baldwin. “Christians have said that you can’t be edgy. Did you go to that movie that was rated PG-13? It’s way worse than our radio show.” 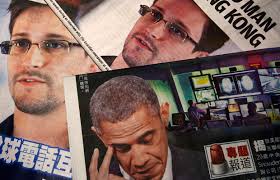 Internet Fascism and the Surveillance State 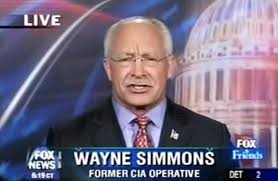