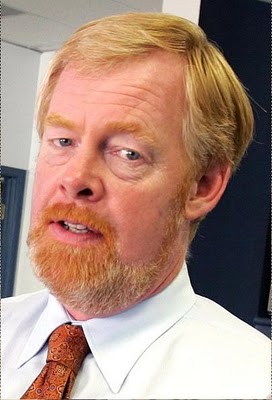 “… the Media Research Center, for whom Graham works, is [an] entirely a right-wing propaganda group … Did you know that the MRC is founded and funded by Brent Bozell, the wealthy NeoCon who helped bankroll the 2004 smears on John Kerry, painting a war veteran as a traitor? Nice, eh? …”

The extreme right is not happy about John Cusack’s new film, War Inc.. With the helpful panning of the corporate press as proof – the same corporate press that sold us the Iraq war to begin with – the right-wing is trying make the film seem to be a total flop, despite the grassroots success that it actually is.

Leftist actor John Cusack explained his new anti-war comedy (read: the next box office flop) this way: “The ideology behind this war is so radical and it’s so destroying the country that I think a somber serious take on it would just add to the sense of depression and inevitable doom that this administration has unleashed on the country.”

Cusack added War Inc. was Bush-inspired: “And the argument of the Bush administration is that there’s nothing, no function of state, there’s no national interest that is not a corporate interest. Everything is to be privatized, everything is to be — the core function of government is to create the optimal conditions for a feeding frenzy.”

Leave it to Tim Graham, the Director of Media Analysis for the Media Research Center, to misrepresent political satire as slap-stick-comedy and Cusack’s accurate criticism of privatized war as somehow inaccurate because of the comedy-routine meme.

Satire, my dear Mr. Graham, is ridicule, not comedy. It is the examination of difficult topics through a more comfortable lens, that of irony. Satire unnerves, it does not simply entertain. In short, satire is condemnation, not a barrel of laughs.

But really, the most important thing you need to know about the Media Research Center, for whom Graham works, is that it is entirely a right-wing propaganda group, funded by corporatists – the very people War Inc. satirizes.

Consider the MRC’s rather interesting mission, something they are proud of too:

Does that not entirely prove everything I have just stated? No? Well maybe I should add a bit more about who throws money at the MRC.

Did you know that the MRC is founded and funded by Brent Bozell, the wealthy NeoCon who helped bankroll the 2004 smears on John Kerry, painting a war veteran as a traitor? Nice, eh? No wonder Tim Graham is praying with this pen that War Inc., does flop, he gets paid to echo George W. Bush.

Wait, but the best is yet to come. Unhinged right-wing extremist David Horowitz and his FrontPage rag claim that Cusack’s war profiteers are imaginary and that he is insulting heroes, real and fluffy ones too:

From the safety of his stateside home, actor John Cusack has produced, co-written and stars in a movie, “War, Inc.,” deriding firms like Blackwater, whose employees, at great personal risk, provide a service to their country in time of war. Since they make money, he brands them “war profiteers” who deserve to be treated as criminals.

The film — which Cusack wrote after the brutal murders of military contractors in Fallujah inspired him to insult them — is about a corporation that destroys a fictional country in a privately-run war, then rebuilds it, even gluing back limbs on people after it has blown them off.

The whole point is supposed to be that war is nothing but a corrupt profit-making scheme. Forget al Qaeda’s numerous promises — and efforts — to kill millions of Americans. Forget 9/11. And while you’re at it, forget World War II, during which numerous companies — including arch-villains like Hershey’s chocolates — provided wartime goods and got paid for same. For Cusack, military conflict is but “a protectionist racket for the government’s favorite corporations to make money off the war.”

Wow, you mean Blackwater’s crimes are all imaginary and their profits too? I will get to that glue-sniffing induced hallucination in a moment. Let’s first get something straight: the only people forced into a war zone at “great personal risk” are our soldiers, who are paid ten times less than Blackwater and other mercenary groups.

Now, as for what happened in Fallujah, FrontPage rag needs to get its facts straight. The Blackwater employees who lost their lives in Fellujah, died because of Blackwater’s interest in profit over safety, in contracts over security, in everything but the actual mission. In other words Blackwater was responsible for the deaths of their employees. Here are just two snips from the Congressional report on the matter:

• Blackwater had a contract dispute with a Kuwaiti company, Regency Hotel & Hospitality, over the acquisition of armored vehicles for the Blackwater team. Blackwater officials instructed its employees to “string these guys along and run this … thing into the ground” because “if we stalled long enough they (Regency) would have no choice but to buy us armored cars, or they would default on the contract,” in which case the contractor who hired Regency “might go directly to Blackwater for security.” According to a Blackwater employee, Blackwater’s contract “paid for armor vehicles,” but “management in North Carolina made the decision to go with soft skin due to the cost.”

Cusack is not insulting the 4 people who died. He is criticizing – and rightfully so – the company that sent them to their deaths, Blackwater.

But let me see if I really get the gist of FrontPage’s claim, namely, that Blackwater is a benevolent American institution making patriotic sacrifices for the greater good (can I offer you fries with this bullshit?):

1. So smuggling weapons into Iraq, which landed in the hands of “terrorists” is okay?
2. So the murder of 14 Iraqi civilians in cold-blood and without provocation is okay?
3. So using chemical weapons on US soldiers and Iraqis just to clear traffic is okay?

I am not going to spend time documenting here all of Blackwater’s crimes or their parasitically earned profits. I don’t need to. Jeremey Scahill has already accomplished this unpleasant task.

These are just two examples of the right-wing anti-Cusack propaganda to emerge in the last few days. The question, however, is not why these people are hoping and praying you won’t see the film. The answer to that is rather obvious. No, the real question is what will you do to counter their offensive? What will you do to ensure that they don’t silence another courageous voice? …