Some would find this difficult to believe, but ignorance often expresses itself in "disbelief." Not my fault.

How do I know about Moody? ... Walter Bowart wrote all about it a long time ago. You remember that long article, replete with courtroom documents, don't you?

Sure you do. That was classic. Well, back to calisthenics ... 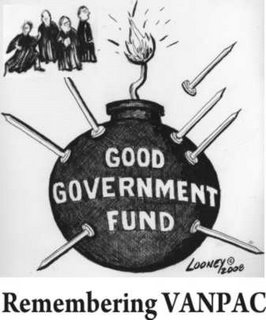 "One thing's for certain. These racist, hate-filled maniacs certainly know how to ruin someone's Christmas."- ML

An Alabama Judge and chairman of the Democratic party, Robert Vance, received a Christmas package at his door which exploded, splattering nails, killing the judge and seriously injuring his wife. Soon a Savannah, Georgia Civil Rights lawyer, Alderman Robert Robinson, would suffer the same fate. Then, a package bomb was found in the Atlanta courthouse, and a fourth mailed bomb was removed from the NAACP headquarters in Jacksonville, Fla.

One lone bomber was given credit: Walter Leroy Moody, Jr.

"Retaliation is a way of life for Mr. Moody, and the court was only his last target. A deadly target." ...