With the Allies closing in and capitulation imminent, thousands of ordinary citizens in Nazi Germany killed themselves in a wave of mass suicides. Florian Huber’s book on the taboo story is now available in English. 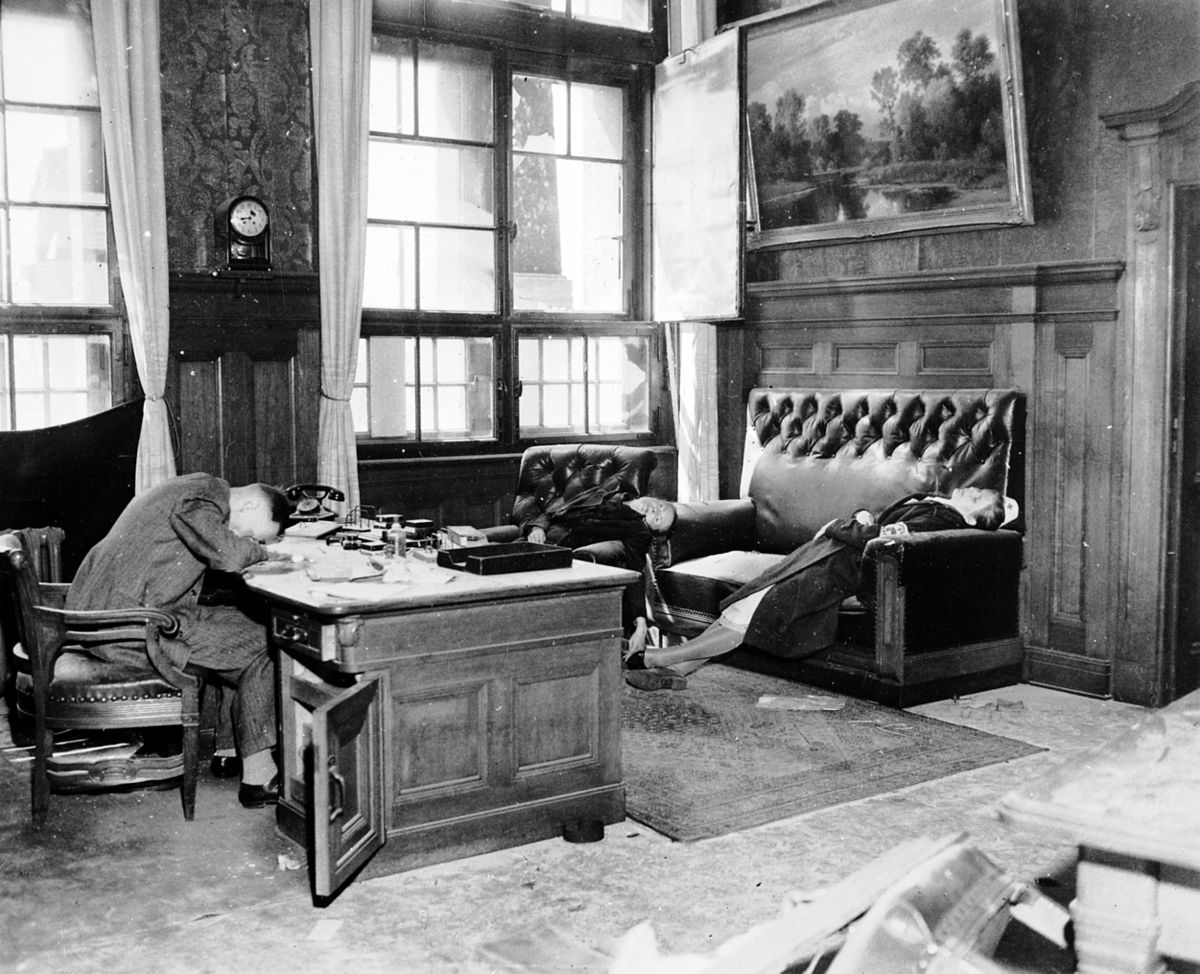 April 1945: The final days of World War II in Europe. Nazi Germany is teetering as Western Allies move in across the Rhine and the Soviet Red Army sweeps into the country from the east, with stories of its war atrocities preceding it.

On April 30, Nazi leader Adolf Hitler commits suicide, putting a bullet to his head. Other high-ranking Nazi leaders do the same. But they aren’t the only ones to take their own lives. By May 8, the day Nazi Germany unconditionally surrenders, thousands of ordinary German men, women and children had killed themselves in a national wave of suicides.

It’s a story that German author and documentary historian Florian Huber detailed in his bestselling 2015 German-language book, which was released Thursday in English as Promise Me You’ll Shoot Yourself: The Downfall of Ordinary Germans, 1945 by British publisher Allen Lane. The translation, by Imogen Taylor, was also released by Text Publishing in Australia one month ago.

The Soviet Red Army captured the German Reichtags building (above) and the capital on May 2, 1945

“What drove whole families, who in many cases had already withstood years of deprivation, aerial bombing and deaths in battle, to do this?” Allen Lane’s description of the book asks. This is the question that Huber sets out to answer through eyewitness testimony and archival research.

“Over years, people had been indoctrinated by German propaganda about what was bound to happen should the [Soviet] enemy set foot on German soil,” Huber said in a 2015 interview with DW. Rumors of pillaging, rape, and barbaric disfiguration committed by the Red Army terrified the German populace.

“People believed that the only way to escape these horrors was to commit suicide,” the author added. Drownings, shootings, hangings and ingesting poison were the common means of taking one’s life.

While Demmin is considered to be the largest mass suicide in German history, Huber underlines that the town was not a singular case, and that fear and panic was not limited to the Soviet Army’s advance.

“Many people felt a sense of guilt and entanglement. They were afraid of what might come next. Many could not even imagine what the world might be like after these twelve years in a state of emergency,” he said. “This sense of being doomed was not limited to the East German population. It prevailed throughout the country … Entire families committed suicide all over Germany.”

While the English publishers have described the book as a “suppressed” story and “one of the last untold stories of the Third Reich,” the British daily The Guardian pointed out that European historian Christian Goeschel explored the topic in his 2009 book Suicide in Nazi Germany.

In Demmin’s cemetary stands a monument to those who committed mass suicide at the end of WWII. The topic was taboo and suppressed during the GDR years.

But Huber explained in 2015 — when his book was originally published — that the topic was taboo in Germany for so long because, in his estimation, the communist former GDR took a hardline stance against anything casting a bad light on the Soviet Union and its Red Army.

Moreover, many of those who were liberated from Nazi rule after the war saw this time as one of relief, and sometimes celebration. “But what many others saw was quite the opposite,” Huber said. “So much so that they believed they had no choice but to kill themselves.”

Promise Me You’ll Shoot Yourself: The Downfall of Ordinary Germans, 1945 by Florian Huber (translated by Imogen Taylor) is available starting July 4 from Allen Lane publishers.

DW often elects either not to report on suicide, or to report only in brief, because there are indiciations that some forms of journalism concerning suicide can prompt others to imitate the acts. If you are suffering from serious emotional strain or suicidal thoughts, do not hesitate to seek professional help. You can find information on where to find such help, no matter where you live in the world, at this website: https://www.befrienders.org/

Desillusioned and scared, hundreds of Germans took their own lives on May 8, 1945. Author Florian Huber explains why the largest mass suicide in German history has remained relatively unknown. (05.05.2015)