The Washington insider has been working for decades
to put conservatives on the state and federal bench. 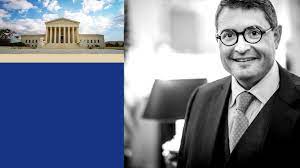 Almost comically shadowy and conspiratorial, he can, at times, seem ripped from the pages of a Dan Brown novel. A member of the Knights of Malta, an archconservative Roman Catholic secret society, who has a taste for fine wine and tailored suits, he is judicial consigliereto the oligarch class—an expert at manipulating campaign finance law to funnelmillions of dollarsinto the conservative political project.

For more than two decades, Leo has been working to remake the judiciary, stocking it at every level with right-wing apparatchiks. As one of his longtime allies toldThe Daily Beasttwo years ago, Leo knew that “conservatives had lost the culture war. Abortion, gay rights, contraception—conservatives didn’t have a chance if public opinion prevailed. So they needed to stack the courts.” He started working for theFederalist Society in 1991, two years after graduating from Cornell’s law school, and led its efforts to put John Roberts and Samuel Alito on the bench. Since then, he has built a vast network of shady nonprofits that fund ads and woo journalists whenever there’s a court fight. (Leo’s efforts aren’t strictly limited to the courts—he also has close ties to the firm behind the “Swift Boat Veterans for Truth” ads in 2004.)The Washington Posthas estimated that between 2014 and 2017 alone, Leo brought in a quarter of a billion dollars for these groups. It was Leo who drew up the lists of conservative judges that Donald Trumpreleased in 2016, promising to appoint one of them to the court if elected. Neil Gorsuch was on it. A year later, he’dsuggest an old buddy, Brett Kavanaugh.

Leo’s power stems from his ability to raise money. In 2016, George Mason Universityannouncedthat it would rename its law school for Antonin Scalia. As it turned out, Leo hadraised the moneyto secure the name himself. Ten million dollars came from Charles Koch, another $20 million from a shell corporation that lists Leo as its president. It was only fitting—a law school was just the missing piece of an empire built around reshaping the American judiciary.