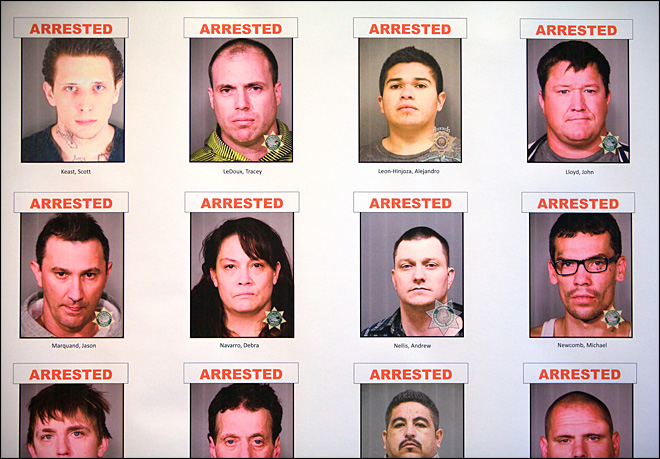 Photographs of the members of white supremacist gangs are on display during a news conference, Monday, Dec. 9, 2013 in Portland, Ore. (AP Photo/The Oregonian, Jamie Francis)

A Multnomah County Sheriff’s Office undercover investigator who worked on the case agreed to describe the operation on the record, on the condition that his identity be kept private out of concern for his safety.

The busts weren’t centered around a single gang or network, but instead reflect six months’ worth of smaller-scale arrests that culminated in what police believe are some of the principal elements of white-supremacist gang activity in the area.

Police say they seized eight pounds of methamphetamine and $50,000 in cash, along with more than 70 guns.

The operation focused on drugs and guns, but police also found evidence of attempted kidnapping of witnesses. The investigator said the operation included gangs with overlapping affiliations, most of which had white-supremacist ties.

“They were grabbing guys they think talked,” said the investigator. “These guys are nervous all the time, worried all the time somebody’s talking, so they took whatever measures they thought they needed to.”

During the weekend, teams from Portland police, the sheriff’s office and U.S. Marshals delivered a series of no-knock warrants to homes and apartments in the county, resulting in more than 20 arrests, coupled with the dozen or so arrests that took place in the last six months.

White supremacist gangs have had a recent but violent reemergence in northwest Oregon, highlighted by the three-state killing spree by Holly Grigsby and David Pedersen in which they killed four people as an alleged attempt to “purify” the white race. The federal government is weighing potential death sentences in their case. 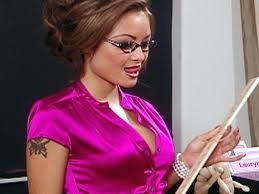