The lawsuit filed in federal court in San Francisco against anti-abortion group the Center for Medical Progress alleges conspiracy and fraud among other violations in connection with the recordings.

The videos, which were released in July, sparked widespread controversy by purporting to show Planned Parenthood officials trying to negotiate prices for aborted fetal tissue.

Under federal law, donated human fetal tissue may be used for research, but profiting from its sale is prohibited.

“This case is about a network of anti-abortion extremists and the laws they broke in order to spread lies and harm Planned Parenthood,” Dawn Laguens, vice president of Planned Parenthood Federation of America, said on a conference call.

No Planned Parenthood staff were involved in any wrongdoing, Laguens said, and the organization has not profited from its tissue donation programs.

“This entire smear campaign is a fraud built on illegal acts and a web of lies,” she said.

The Center for Medical Progress called the lawsuit “frivolous” in a statement. 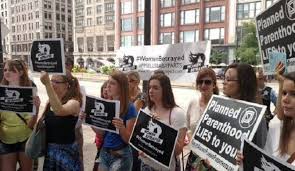 “This last-ditch move of desperation is going to expose all of the sordid dealings of the California Planned Parenthood affiliates,” the group said.

The 65-page complaint alleged the group is a “complex criminal enterprise” that violated racketeering laws, set up a fake company and secured false identification to access private abortion conferences and meetings in California, Maryland and Florida.

The complaint also accused the group of violation of privacy, fraudulent misrepresentation, breach of contract, and trespassing in connection with the video-recording campaign.

Attorneys for Planned Parenthood said that they were seeking unspecified damages.

Since the videos were released, Planned Parenthood has been targeted by Republican lawmakers in Congress and several states for funding cuts.

Kansas Governor Sam Brownback, a Republican, has ordered state officials to cut off the group’s funding through the state Medicaid program, a move the organization said on Wednesday it would challenge in court. 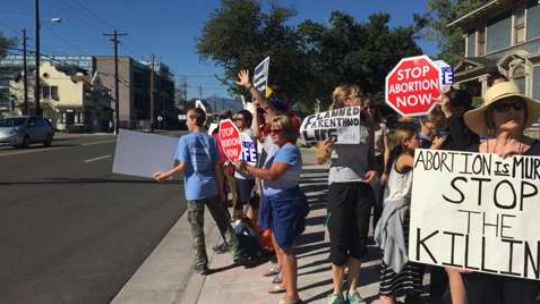 A spokeswoman with Planned Parenthood of Kansas and Mid-Missouri on Thursday said it was cleared after the state’s Board of Healing Arts investigated allegations of fetal tissue misuse.

In addition, a gunman was accused of killing three people and wounding nine others in a Nov. 27 shooting rampage at one of their Colorado clinics.