Plaintiffs argued that Pfizer’s own research showed Neurontin was ineffective for certain unapproved uses, but it suppressed that evidence and misrepresented its findings 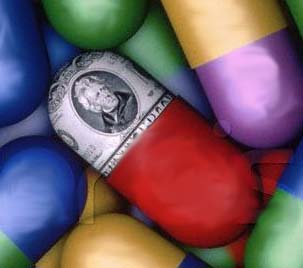 Pfizer Inc. has been socked with an eye-popping $141 million penalty for unlawfully promoting its epilepsy drug Neurontin for unapproved uses for which, the plaintiffs said, it didn’t even work.

A federal jury in Boston on Thursday concluded that the pharmaceutical giant had violated federal racketeering laws in promoting the drug for so-called off-label uses that were ineffective. The jury’s verdict was actually $47 million, but the penalty was automatically tripled under the federal Racketeer Influenced and Corrupt Organizations Act.

The plaintiffs, Kaiser Foundation Hospitals and Kaiser Foundation Health Plan, argued that Pfizer duped them into believing that Neurontin could effectively treat conditions such as migraines and bipolar disorder. Neurontin was approved to treat epilepsy in 1993 by the U.S. Food and Drug Administration.

“What was at stake here was evidence-based medicine versus marketing-based medicine,” said Thomas Greene of Boston’s Greene LLP, one of several lawyers who represented the plaintiffs. During trial, Greene argued that Pfizer’s own research showed that Neurontin was not effective for certain unapproved uses, but it suppressed that evidence and misrepresented its findings.

“This was really about greed,” Nussbaum said in an interview. “To the defendants here, this was simply a product that they marketed to make as much money as they possibly could.”

Pfizer has said it will appeal the verdict, arguing that the plaintiffs misled the jurors. “What the jurors heard in the courtroom is not what Kaiser is telling its patients. In fact, Kaiser itself continues to recommend Neurontin for the same uses they sought recovery for in this case,” said Pfizer officials in a post-verdict statement.

Pfizer officials also defended the safety and effectiveness of Neurontin, stating, “Neurontin is an important FDA-approved medicine that physicians have prescribed to treat millions of patients safely and effectively.”

Mitchell Cohen, in-house counsel for Kaiser, doesn’t buy it. “What they told us and what they told the community was one thing about this drug, but what their own documents showed was different,” Cohen said. “The doctors, the insurance company, the pharmacists — everyone was misled.”

At trial, Pfizer was represented by Raoul Kennedy of the San Francisco office of Skadden, Arps, Slate, Meagher & Flom and James Hopper of Denver’s Wheeler Trigg O’Donnell. Neither was available for comment.