Pew released a survey yesterday showing that the Republican brand has taken a serious hit since the beginning of this year. While voters are split on the Democratic Party, with a 48/47 favorable/unfavorable rating, only 32 percent of Americans view the GOP favorably, compared to 60 percent who hold an unfavorable view. At the end of 2014, 41 percent of voters held favorable views of the Republican Party:

While the two parties are seen as roughly equally capable of managing the government, voters have soured on Republicans for being less empathetic and more extreme than their Democratic counterparts. In other words, voters are willing to let putting climate change skeptics in charge of science committees go, but the GOP has gotten too dishonest, mean and uncompromising for them to tolerate:

It doesn’t take a wild imagination to come up with some reasons why the Republican brand has tanked over the course of this calendar year.

The man currently leading their primary polling is a thrice-married, egomaniacal BILLIONAIRE reality show host whose campaign is focused on saying abundantly racist thingsabout our largest immigrant population and doxxing sitting US senators who disagree with him. And his opponents’ biggest knock on him is that he doesn’t bring the fire and brimstone hard enough when he rants about sweet baby Jeebus.

The man who everyone thinks should be leading their primary is the brother of arguably the worst president in the modern era, who has acknowledged how bad of a president said brother was by hiring a bunch of his foreign policy advisers. Everyone thinks he should be leading the primary because he’s supposed to be the “moderate,” “compassionate” conservative in the race — the same “moderate,” “compassionate” conservative who wants toend Medicare and considers marriage equality a states’ rights issue.

The party’s presidential candidates aren’t sure whether the Confederate flag is racist, and their congressional leadership is fighting like hell to keep it flying on public lands. It isn’t a crazy idea within the GOP leadership tochange or get rid of the Supreme Court when they make what would otherwise be straightforward, non-controversial decisions that enjoy broad public support.

This year, Republicans have:

And so on. Are we really that surprised that Republican voters are seeing what’s being done in their name and going “Woah. Hold up. Guys, we kinda suck.”

But with the Republican primary in full swing, nobody’s holding up.

Previous Article
How A Lie Becomes A Law: GOP Introduces Legislation To Defund Planned Parenthood Based On Deceptively Edited Videos
Next Article
Carson Calls for Drone Strikes on Border ‘Caves’ 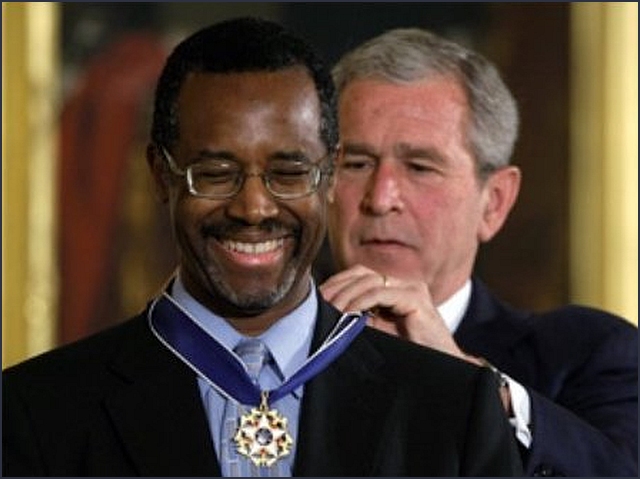