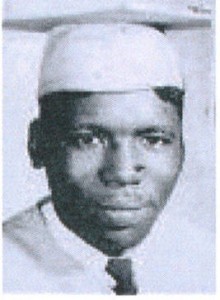 The trial of former Alabama state trooper James Fowler, who has been charged with murder in the case, is set for Nov. 15, with the final pretrial conference scheduled for Nov. 9.

In his motion to the Alabama Court of Criminal Appeals filed Oct. 21, Michael Jackson, the district attorney for the circuit that includes Perry County where the killing took place, says that because the court has not ruled on an earlier motion, “any ruling the judge makes during this time … becomes potentially null and void.”

That earlier motion, filed in August 2010, requested the recusal of the trial judge in the case, Circuit Judge Tommy Jones. Jackson, who is not related to the victim, has said in the past that Jones cannot be objective in the case.

Jimmie Lee Jackson was killed during a melee in a cafe during a nighttime protest in the town of Marion in February 1965. Fowler admitted in an interview with The Star in 2004 that he killed Jackson, but insisted it was in self defense.

A Perry County grand jury indicted Fowler in May 2007, with the case set to go to trial in November 2008. But District Attorney Jackson has filed motions causing the trial to be delayed.

Fowler’s lawyer, Montgomery attorney George Beck Jr., has objected to the most recent motion, arguing that his client is ready for trial. Beck pointed out in his objection that further delay only hurts his client, saying “the remaining witnesses for the defendant are becoming old and infirmed. … The defendant is being unduly prejudiced by any further delay.”

1) Has the Riddle of Rolling Stone Brian Jones’s Death been Solved at Last?, 2) Jones Case will not be Re-Opened Despite Murder Evidence
Nov 04