The Oregon Occupation and the Ticking Time Bomb of Rightwing Extremism 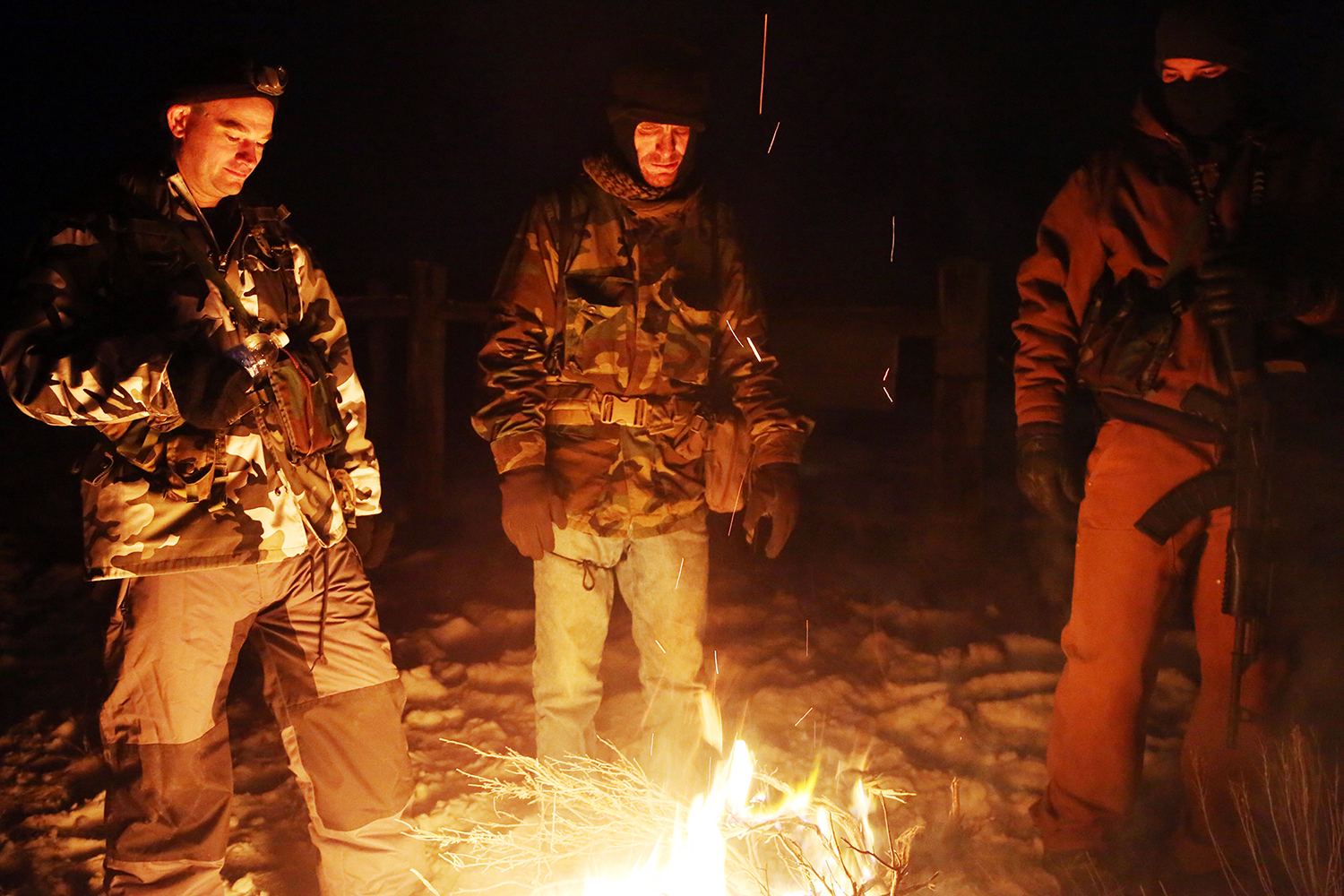 There is a certain cartoon-buffoon image to Ammon Bundy and the militia types who support his Oregon standoff, but make no mistake: These guys are dangerous, politically and physically.

In the most recent news, they’ve selected a common-law judge to convene trials of government officials, a St. Augustine Tea Party “government accountability chairman” named Joaquin Mariano DeMoreta-Folch. Their intention, as they’ve made clear, is to offer down a list of indictments against government officials for treason.

The problem this presents to our nation is significant. Because that means any “sovereign citizen” can execute anyone on that list — to their distorted way of thinking — quite legally.

In the meantime, a Harney County judge who planned to host a community meeting today over the standoff has called it off, citing plans (presumably by Bundy supporters) to protest the meeting and block the entrance.

How did we get here? It’s important to understand this didn’t happen in a vacuum.

Back in April 2009, the Department of Homeland Security released a study, “Rightwing Extremism: Current Economic and Political Climate Fueling Resurgence in Radicalization and Recruitment,” that was intended for use by law enforcement agencies.

The report warned of a surge in right-wing extremism fueled by the election of the first black president, and pointed out a potential threat from veterans:

The assessment cautioned that returning veterans who faced trouble reintegrating into their communities could “lead to the potential emergence of terrorist groups or lone wolf extremists capable of carrying out violent attacks.”

Some helpful soul leaked it to the Republicans, and the reaction from the right-wing was loud, sustained, and immediate. (And of course, misleading and inaccurate.)

You are probably not surprised to know that the Republican party decided it was more politically useful to do calculated outrage and more right-wing fearmongering over the report than to deal with the actual threat of homegrown terrorism.

But the report was right about the threat. Via a 2011 report from the Southern Poverty Law Center, which tracks hate groups:

Hate groups topped 1,000 for the first time since the Southern Poverty Law Center began counting such groups in the 1980s. Anti-immigrant vigilante groups, despite having some of the political wind taken out of their sails by the adoption of hard-line anti-immigration laws around the country, continued to rise slowly. But by far the most dramatic growth came in the antigovernment “Patriot” movement — conspiracy-minded organizations that see the federal government as their primary enemy — which gained more than 300 new groups, a jump of over 60%.

But the political damage from the report was done, and Homeland Security Secretary Janet Napolitano, who first defended it, ended up distancing the agency from the report.

Homeland Security Secretary Janet Napolitano issued an apology to veterans who read the assessment as an accusation. “An apology is owed,” Ms. Napolitano said. “We greatly respect our veterans. We have a number of veterans in our department.”

Daryl Johnson, the report’s author, describes it as an “extremely frustrating time.”

“They would have been shocked to know that I personify conservatism. I’m an Eagle Scout. I’m a registered Republican. I’m Mormon. In fact, I was helping the Boy Scouts with a fundraiser when I heard the report being attacked on the news,” he told the SPLC in 2011.

Johnson got his start battling extremist groups in 1991, when he worked on counterterrorism for the U.S. Army. In 1999, Johnson left the Army for the Bureau of Alcohol, Tobacco and Firearms, where he was a subject-matter expert on violent antigovernment groups. In 2004, he was recruited by DHS and for six years, led a team of experts on domestic extremist groups.

“When the right-wing report was leaked and people politicized it, my management got scared and thought DHS would be scaled back,” Johnson said. “It created an environment where my analysts and I couldn’t get our work done. DHS stopped all of our work and instituted restrictive policies. Eventually, they ended up gutting my unit. All of this happened within six to nine months after the furor over the report. Analysts then began leaving DHS. One analyst went to ICE [U.S. Immigration and Customs Enforcement], another to the FBI, a third went to the U.S. Marshals, and so on. There is just one person there today who is still a “domestic terrorism” analyst.

“Since our report was leaked, DHS has not released a single report of its own on this topic. Not anything dealing with non-Islamic domestic extremism—whether it’s anti-abortion extremists, white supremacists, ‘sovereign citizens,’ eco-terrorists, the whole gamut.”

The SPLC asked him what that meant for our country’s safety.

“We are more vulnerable. I mean, we lost five good analysts, four of them, including myself, very well-seasoned, considered experts in their topics. We obviously have this serious threat coming from Al Qaeda, or some other international terrorist group, which can result in a mass casualty-producing attack. But I feel that the government has a lot of good intelligence analysts focused on Al Qaeda and similar threats.

“What worries me is the fact that our country is under attack from within, from our own radical citizenry. There have been a lot of small-scale attacks lately, whether it’s three mail bombs sent to U.S. government facilities in Maryland and D.C., or a backpack bomb placed near a [Martin Luther King Jr. Day] parade in Spokane, Wash., or two police officers gunned down at a traffic stop in West Memphis, Ark., [by antigovernment extremists in May 2010].

“These incidents are starting to add up. Yet our legislators, politicians and national leaders don’t appear too concerned about this. So, my greatest fear is that domestic extremists in this country will somehow become emboldened to the point of carrying out a mass-casualty attack, because they perceive that no one is being vigilant about the threat from within. That is what keeps me up at night.”

Susan Madrak is an award-winning journalist and longtime progressive blogger. Before joining BNR, she was managing editor at Crooks and Liars.