One of UK’s Leading Historians Says the Queen ‘is Like Nazi Goebbels’ … and a ‘Philistine!’ 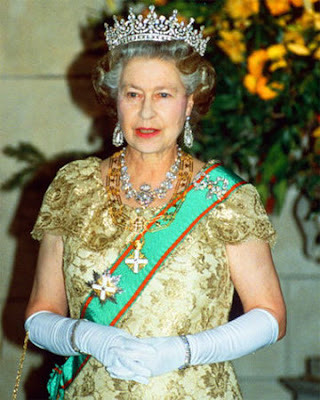 Top historian unleashes attack on monarch, Says the Queen is an uneducated philistine, Says she is 'like Goebbels' in lack of culture

ONE of Britain's most high-profile historians has delivered a withering attack on the Queen, saying she is uneducated and likening her to Nazi Joseph Goebbels.

British monarchy expert David Starkey accused the head of state of being a philistine and being poorly educated.

In the same week as the Queen surpassed Victoria as Britain's longest-living monarch, Starkey launched a scathing attack on her.

The historian, well-known for his controversial views, claimed in an interview with The Guardian that the Queen was largely uninterested in her predecessors and only interested in her own reign and how she appeared to the public.

"I think she's got elements a bit like Goebbels in her attitude to culture," Mr Starkey said.

Mr Starkey said that when he showed the Queen around an exhibition he had curated about Elizabeth I in 2003, he found her more preoccupied with the fact her drink arrived late.

He said her only comment on the exhibition was on one of the objects that was hers.

Mr Starkey compared the Queen with Elizabeth I, who, like the current monarch, acceded to the throne at the age of 25.

He said Elizabeth I was "20 times as well educated" and had "either five or six languages".

Mr Starkey also expressed surprise that the Queen appeared to have little interest in the royal line before her grandfather George V.

Referring to her Christmas broadcasts, all of which he has seen, he said: "It's quite fascinating because her frames of reference to the monarchy, despite this 1500-year history, are entirely her father and grandfather. There is a reference to Elizabeth I. It was in the second Christmas broadcast when, I remember vividly, there was this talk about a second Elizabethan age.

"Elizabeth turns to this in her broadcast and says, 'Frankly, I do not myself feel at all like my Tudor forebear, who was blessed with neither husband nor children, who ruled as a despot and was never able to leave her native shores'."

In a TV program to be broadcast on Boxing Day, Mr Starkey discusses whether it is time for the monarchy to cut itself free from the Church of England.

However, in a conclusion that will surprise many, he suggests Prince Charles might be the monarchy's best hope for survival.