On the Brink: Neo-Nazi Neighbor Guns Down Oklahoma Woman for Swiping His Swastika Banner - The Constantine Report
0 SHARES

Nazism » On the Brink: Neo-Nazi Neighbor Guns Down Oklahoma Woman for Swiping His Swastika Banner

On the Brink: Neo-Nazi Neighbor Guns Down Oklahoma Woman for Swiping His Swastika Banner 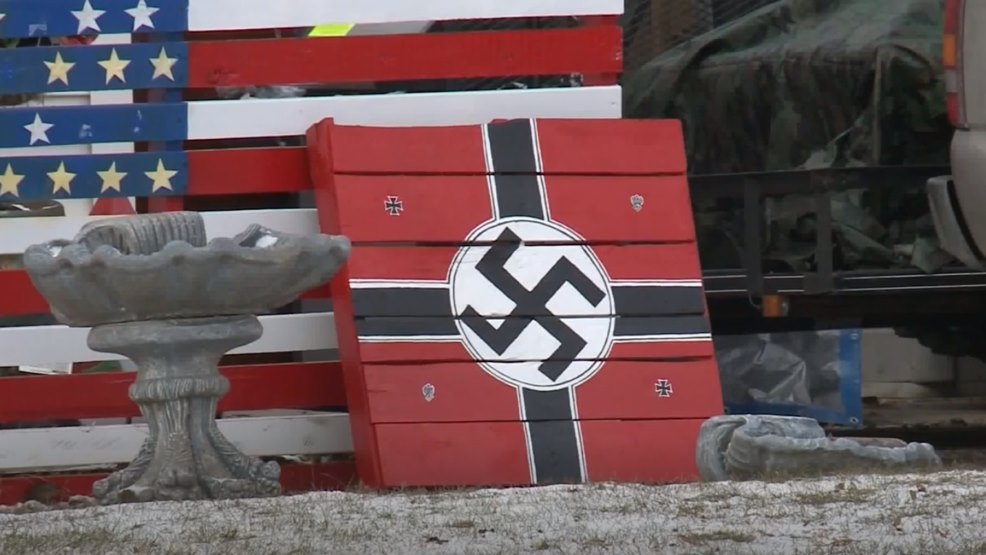 Alexander John Feaster wasn’t terribly popular with his neighbors in Hunter, Oklahoma. An unrepentant neo-Nazi, he liked to decorate his home with bright red swastika banners, and would go out on the town dressed in full Nazi regalia, including the red armband.

Now he’s under arrest for shooting a 26-year-old woman who swiped one of those banners last weekend on a late-night dare. Feaster allegedly shot her four times with a rifle as she fled after having dropped the banner in his driveway.

After police arrested Feaster, they found a cache of 14 weapons and abundant ammunition in his home. Garfield County Sheriff Jody Helm told reporters the weapons were being examined with the help of the Oklahoma State Bureau of Investigation.

The woman had been attending a party across the street from Feaster’s home, and stole the flag at around 3 AM Sunday, June 28, but dropped it in the driveway because someone saw Feaster come out with a weapon in his hand.

“On the way back someone hollered gun,” Helm said. “She dropped the flag at the end of the driveway and shots were fired.”

The woman is reported to be in good condition at a local hospital.

“No one likes the flags hanging over there but there’s not much you can do about it,” a neighbor told News 9. “But I’m not going to judge anyone for trying to go take them down either.”

Another neighbor told KFOR-TV: “Nobody wants to look at them is the problem.”

A woman who was a friend of the victim and comforted her while aid arrived told the Enid News: "I feel like these flags are a disaster waiting to happen.”