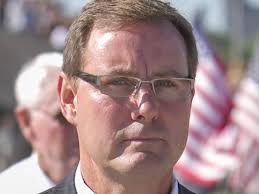 Nebraska Lt. Gov. Rick Sheehy resigned abruptly Saturday in a scandal involving thousands of calls to four women on his state-issued cellphone, including one woman who said she had a romantic relationship with the politician.

Gov. Dave Heineman announced Sheehy’s resignation in a hastily called news conference Saturday morning. Sheehy, a Republican, had been considered the front-runner in the 2014 gubernatorial race and had been endorsed by Heineman.

“As public officials, we are rightly held to a higher standard,” Heineman said. “I had trusted him, and that trust was broken.”

Sheehy resigned after questions were raised about the cellphone calls with four women, none of whom were his wife, who filed for divorce last year. The calls, made over the last four years, were first reported by the Omaha World-Herald, which had made a public records request for Sheehy’s phone records. Records released Saturday by the governor’s office show Sheehy made thousands of late-night phone calls to the women. He spoke with some of the women numerous times a day in conversations that lasted anywhere from a few minutes to more than an hour, according to the records.

One woman he frequently called, Dr. Theresa Hatcher of Bellevue, told The Associated Press that she and Sheehy had maintained a long-term relationship after they met at a convention of emergency responders in Texas in 2008. As lieutenant governor, Sheehy leads the state’s emergency management efforts, and Hatcher is an emergency room doctor.

“I thought I was the only one,” she said. “Apparently, I was grossly mistaken.”

Hatcher said she last talked to Sheehy about two weeks ago. She added: “Politicians can lie. Doctors don’t lie.”

Another woman Sheehy frequently called has had an apartment in Lincoln, the state capital. Her name appeared on a call box outside the building Saturday, but a man who answered the door said she didn’t live there.

Sheehy was the mayor of Hastings before Heineman selected him as his running mate. They were elected by a record margin to their first full term in 2006 and re-elected in 2010.

Asked for his reaction Saturday, Heineman said, “I’ve got a knot in my stomach. I’m deeply disappointed.”

Heineman said he doubted Sheehy would run for the governor’s office now.

“And no, I would not support him under the circumstances,” Heineman said.

Sheehy did not appear at the news conference, and his state-issued cellphone was disconnected. A phone call to Sheehy’s office went unanswered, and a message was not immediately returned.

Last July, Sheehy’s wife, Connie Sheehy, filed for divorce after nearly 29 years of marriage. Her divorce filing stated the “marriage of the parties is irretrievably broken.” Heineman declined to answer questions about what had occurred that led Sheehy to resign. He also would not say whether he asked Sheehy to resign or if Sheehy acted on his own.

Heineman said he will begin the process Monday of looking for a new lieutenant governor.

If something were to happen to Heineman before he selects a new lieutenant governor, Republican Speaker of the Legislature Greg Adams would ascend to the governor’s post.

Sheehy’s announcement shakes up an already turbulent 2014 governor’s race. Another Republican candidate, former Nebraska Speaker of the Legislature Mike Flood, entered the race briefly but withdrew in December after his wife was diagnosed with breast cancer. State Sen. Charlie Janssen of Fremont, a Republican, has also said he is leaning toward running.

“We’re going to have a very strong candidate in 2014,” said Vince Powers, chairman of the Nebraska Democratic Party. “This doesn’t change anything, other than it really demonstrates that when you have one party in power for too long, arrogance and corruption and scandal follow it. It doesn’t matter if it’s Democrats in power or Republicans in power.”

In an email to The Associated Press, Hassebrook said he is “taking a hard look” at running for governor in 2014.

“I recognize that no human is without failing. So I wish Rick Sheehy and his family the best as they seek to heal from this disappointing episode,” he said.

Previous Article
Vienna Philharmonic to Disclose Its Nazi Past (NYT)
Next Article
Rwanda: Timeline of a Mass Slaughter 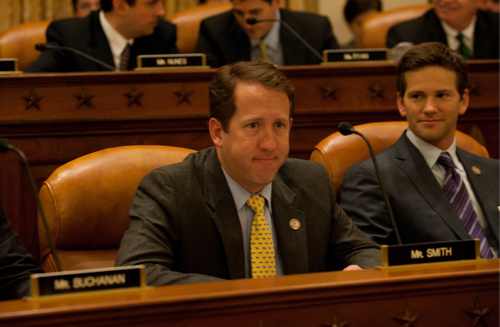 Gay Old Party: Was This Tea Party Congressman Just Outed By ‘The Most Feared Man On The Hill’?
Oct 02 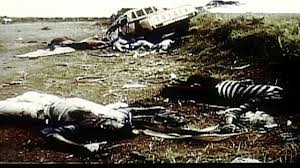