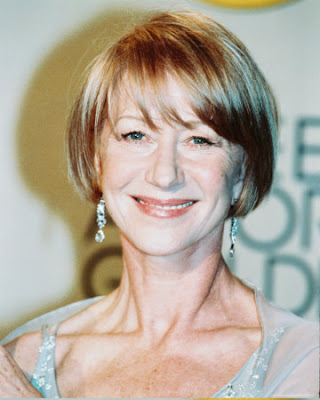 LONDON (AFP) — Oscar-winner Helen Mirren admitted she loved snorting cocaine and only stopped due to the capture of Nazi war criminal Klaus Barbie, in an magazine interview out this month.

The respected British actress, 63, who won an Academy Award for her portrayal of Queen Elizabeth II in "The Queen", told the October issue of GQ men's monthly that she took the drug until her late thirties.

She only quit after the notorious Barbie was caught in Bolivia in 1983, and believed to have been making money from the Class A drug.

The star, knighted in 2003, also talked about meeting Queen Elizabeth, and spoke further about her date rape experiences.

Mirren said she used to take "a bit of cocaine. I loved coke. I never did a lot, just a little bit at parties. But what ended it for me was when they caught Klaus Barbie, the Butcher of Lyon, in the early eighties. He was hiding in South America and living off the proceeds of being a cocaine baron.

"And I read that in the paper, and all the cards fell into place and I saw how my little sniff of cocaine at a party had an absolute direct route to this fucking horrible man in South America. And from that day I never touched cocaine again. Until that moment I had never grasped the full horrifying structure of what brings coke to our parties in Britain." ...