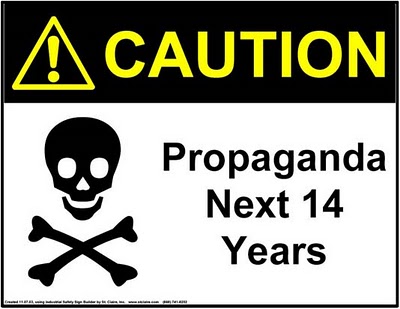 onlineredaktion – The news outlets that featured former military personnel that were part of the Pentagon military analyst program are hoping the story will just go away. Since the New York Times exposed the program almost two weeks ago, only NPR has provided an explanation while NBC’s Brian Williams defended using the analysts in his blog. New York Times reporter David Barstow has revealed that Clarke oversaw a Pentagon propaganda scheme that signed up more than 75 retired military officers, who appeared on television and radio news shows as military analysts, and/or penned newspaper op/ed columns.

As part of its plan to expand online “information operations,” the Pentagon is launching “a global network of foreign-language news websites … and hiring local journalists to write current events stories and other content that promote U.S. interests,” reports Peter Eisler.

The Pentagon launched Matawani.com last year, an Arabic-language site with Iraq news; other sites are being developed for Asian and Latin American audiences. Like the Pentagon’s older “news” sites, aimed at North Africa and Southeast Europe, the new sites only disclose U.S. Defense Department involvement on a single page reached via a small “about” link at the bottom of the site.

The goal of the Pentagon’s “Trans Regional Web Initiative” is to launch “a minimum of six” websites run by regional U.S. military commands. Assistant Secretary of Defense Michael Vickers said, “Our adversaries use the Internet to great advantage,” so the Pentagon must counter their messages with “truthful information, and these websites are a good vehicle.” Harvard University’s Marvin Kalb called the websites “deliberate deception” that “weakens the image of journalism as an objective bystander.”

Previous Article
MOVIE REVIEW: No Intelligence Allowed in 'Expelled'
Next Article
Ida Tarbell, the Woman who Broke Up the Rockefeller Trust

Ida Tarbell, the Woman who Broke Up the Rockefeller Trust
May 10